Enjoyment is key for Alyson Dixon 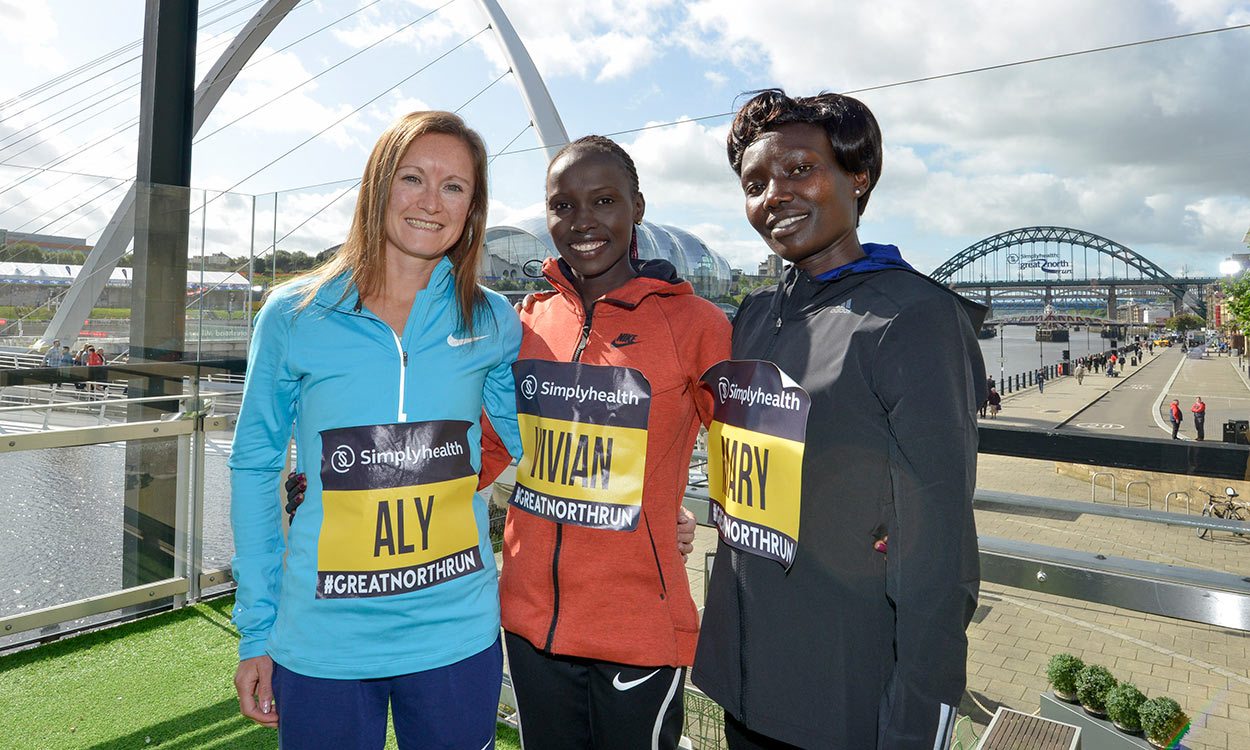 It might be just one month since her memorable front-running performance in the IAAF World Championships marathon, but Alyson Dixon is already looking forward to a return to racing.

Given the proximity of the Simplyhealth Great North Run half-marathon to the London Worlds, the 38-year-old’s original plan had been to treat Sunday’s event more as an opportunity for a hard run rather than a race after her exertions in the UK capital, but her recovery has gone better than expected.

After seeking advice from her mentor and advisor – a certain world record-holder, Paula Radcliffe – Dixon now believes even a PB to improve on her mark of 70:38 from the IAAF World Half Marathon Championships in March 2014 might be possible.

“I’m in good shape and I’m in a good place mentally, it just now comes down to the weather, which for the Great North Run is a big factor!” laughs the Sunderland Strollers athlete, who will line up alongside previous winners Vivian Cheruiyot and Mary Keitany (pictured) on Sunday.

“I’d like to try and run a PB but I think, although I’m feeling pretty much recovered and training has gone well the last few weeks, there might still be remnants of the marathon in there. The last few miles, if I go off too fast, it’s going to tell big style.”

Whether this weekend does result in a PB or not, it’s important to Dixon – seen as one of the event’s local heroes – that she is there, showing her support.

She also credits the event with helping to reignite her passion for running when times were hard a few years ago.

“I owe the Great North Run quite a bit, really,” says the Sunderland-born runner, who lined up on the mass start line three years ago following her disappointment of being forced to drop out during the Commonwealth Games marathon due to injury.

“In 2014 I went to a pretty dark place, I felt like I had let everybody down and I fell out of love with the sport. For me, running the Great North Run in with the masses reminded me of what the sport was about and why I loved the sport. That made me fall back in love with it.”

Despite having clocked her marathon PB of 2:29:06 just this year and with her eye on going quicker still, Dixon appreciates that – turning 39 later this month – she is nearer to the end of her career than the start. However, with fellow athletes such as 43-year-old Jo Pavey proving that being world-class into your forties is possible, she feels no rush to hang up her racing shoes just yet.

“I’m like, let’s take it one major championships at a time,” says Dixon, who placed 28th in last year’s Rio Olympic marathon and then 18th at the World Championships in London last month. “Hopefully I can do the Commonwealth Games and then maybe the Europeans and just keep on doing these championships and reassessing.

“We’ve got people like Jo Pavey who has declared that she wants to try and do Europeans next year at the age of 44, and here’s me coming up to 39 saying, ‘I’m maybe getting a bit too old’. So Jo is not doing us any favours!” she laughs.

“The biggest thing for me is that I’m still enjoying it.”

» Read more from an interview with Alyson Dixon in the Great North Run preview edition of Running Monthly, out with the September 7 issue of AW magazine