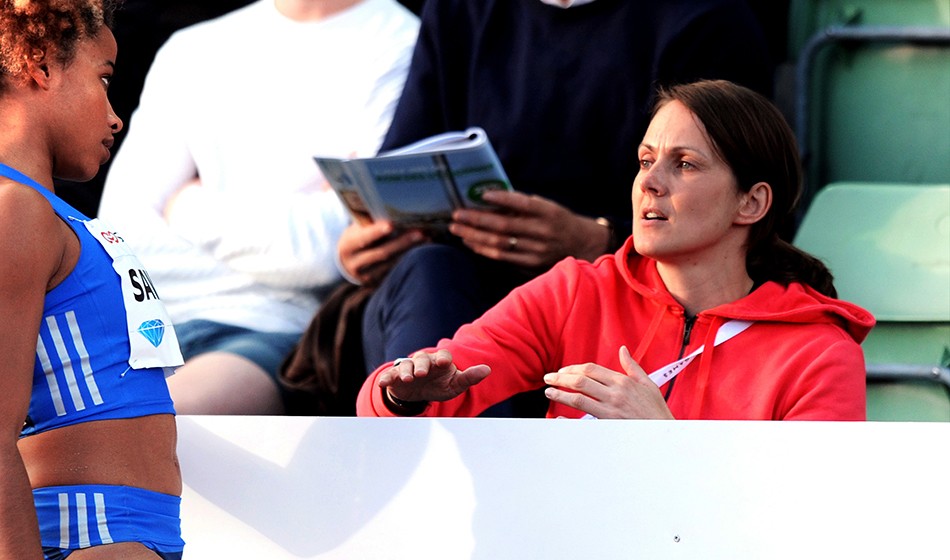 “Nothing comes easy with me,” sighs Kelly Sotherton with a smile. Having landed a dream job in leading England’s track & field team for the 2022 Commonwealth Games in her home town of Birmingham, the three-time Olympic medallist will now have to manage the challenge of an unprecedented summer season in which three major events – the world championships, Commonwealths and Europeans – are taking place within just six weeks.

Tasked with delivering a world-class squad seeking to surpass the 17 medals won at the last Games on the Gold Coast, Sotherton is determined to use her athlete mentality to secure success.

It is not an ideal situation, the former heptathlete admits, when the Birmingham event was keen to attract some of Britain’s biggest stars for a home Games.

“Having this pandemic has obviously been a big challenge and especially the Eugene world championships moving within a couple of weeks of the Commonwealth Games isn’t ideal, it just presents a different challenge,” Sotherton tells AW.

“I think the positive thing with 2022 is that the world championships is first because it will be the athletes’ No.1 event. The great thing about the 2022 Games is it is in Birmingham but it will be the difficulty of ensuring athletes come back well from the world champs, with the time difference and the flight, making sure that is right.”

England has two current world champions in 200m winner Dina Asher-Smith and heptathlete Katarina Johnson-Thompson, and Sotherton is hopeful that they can be involved in some way, even if it is not to contest a full 100m, 200m and 4x100m treble for Asher-Smith, or if Johnson-Thompson chooses a single event rather than her speciality.

“That would be absolutely amazing, however I fully understand why we would be maybe potentially second option.

“Hopefully next season we may have a couple of new Olympic medallists, maybe champions, as well, and I would want them to come to the Games and be celebrated in front of a British championship crowd, because it’s like nothing else.

“I will support the athlete journey regardless of what it is but hopefully encourage the key stars to come and compete at the Commonwealth Games.”

“I want to do really well now. That’s my inner athlete, my inner competitiveness. I want to be the best team leader”

But it is not only England’s existing stars which Sotherton is keen to attract and her role involves supporting athletes who may be below British Athletics’ Lottery-funded World Class Programme.

“We do get medals from athletes who are not on the world class performance plan and this (the Commonwealth Games) is usually the start of many athletes’ journeys,” she says. “We have seen it many times – winning a medal or performing really well is a stepping stone to other things. We want to ensure that we support as many athletes as we can in the best way we can.”

She is also keen to leave something of a legacy.

“It’s a big job, because it isn’t just about performance, it’s about development,” she says. “I want to be able to leave some good frameworks for England Athletics going forward to future Games. I applied for the role and I’m excited about working with England Athletics.

“I want to leave that Games with everyone’s heads held high, that we’ve done a great job and couldn’t have done any more and we have won the most medals while developing other areas of the sport that traditionally probably wouldn’t have been developed.

“To be appointed two-and-a-half years out from a Games is obviously unprecedented so it gives us a lot of time to plan.” 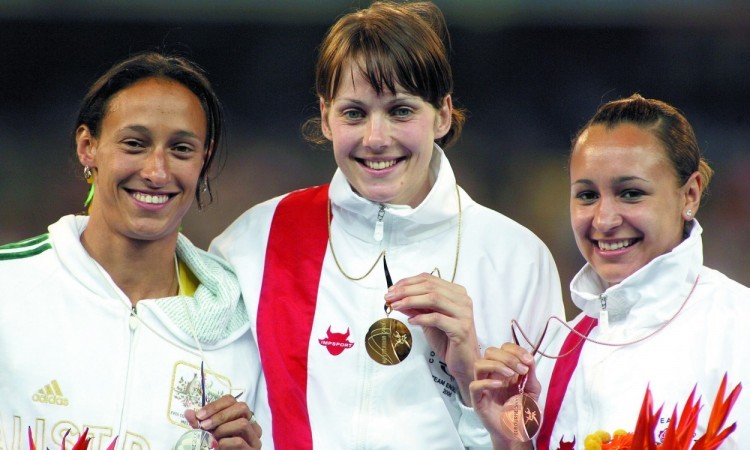 During her own competitive career Sotherton, who was made an MBE last year, claimed Olympic heptathlon bronze in 2004 and belatedly received medals of the same colour from the 2008 Games in the heptathlon and 4x400m. Based at the Alexander Stadium – which will host athletics action as well as the opening and closing ceremonies at the 2022 Games – as part of Birchfield Harriers, her win at the 2006 Commonwealths (pictured above) was followed by a 2007 world bronze plus world and European pentathlon medals.

Since then she has gone on to become a coach and sports administrator and in 2017 she told AW about her aspirations of heading up the sport one day.

This latest role is a big step in her sports administration journey, she adds.

“When you are an ex athlete, somebody with a profile like I have, and you’re not willing to shy away from the difficult issues and you want to have an opinion and say something, it’s probably hard for governing bodies to then employ me or have faith in me,” Sotherton says. “But there has to be a time when they start believing that I could be a positive influence in their organisation and that’s what I think has happened.

“One of the key things for me that is really great about me getting this role is that I have been there and done it as an athlete. You don’t see many of us go back into the sport in an administrative way. Now that is starting to happen a little bit more because we are interested and we are passionate about how our sport develops. Hopefully by myself being in this position, it will help other athletes see there is a pathway there. I want to kind of help lead that way.

“I think I’m in a different position to most team leaders because I still know a lot of the athletes very well,” she adds. “Some of them I would have been on a team with so there’s a different kind of rapport I have with them. I think that helps to create that communication link, both ways.

“I want to be part of the process of building our sport to be successful.”