Emanuel: I’m not going to Sopot just to get a vest 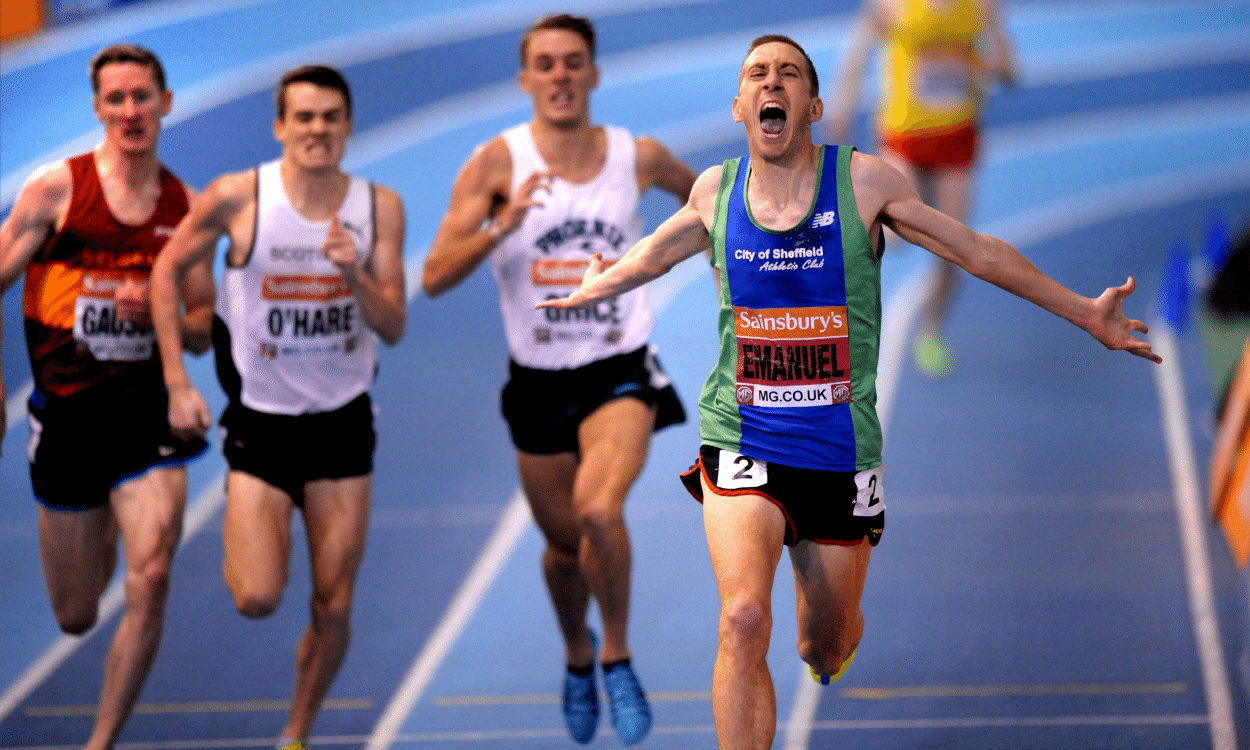 Newly-crowned British 1500m champion Lee Emanuel has set his sights on making the final of the IAAF World Indoor Championships in Sopot next month and believes once there, anything could happen.

In winning his first British title in Sheffield on Sunday and having already clocked the qualifying time for Poland, the 29-year-old booked his place in his first ever GB team and says he can’t wait to compete, with a strong start to the season under his belt.

“I’ve been working so hard to get to this point,” he said. “Winning the British Championships and making my first Great Britain team, I’m so happy.”

Emanuel – the fastest miler in the world this year – also leads the UK 1500m rankings this season with 3:38.99 clocked on the way to that 3:54.30 mile at the New Balance Games in New York, a mark which puts him at third on the British indoor all-time list for the distance. Although some way off that pace at the weekend, his 3:48.15 with a rapid finish was enough for him to cross clear ahead of a three-way battle for silver between Chris O’Hare, Charlie Grice and Kris Gauson.

“I had a couple of bad years and I believed in myself that I could get back to this kind of level,” said Emanuel, who enjoyed a successful 2009 and 2010 but struggled to continue that form in the following couple of years.

But having returned to his old college coach Joe Franklin in Albuquerque, New Mexico, and with a rejuvenated training programme, he’s feeling confident and stronger than ever.

“When I was aged 23 and 24 I was this close to being where I am now but I took about ten steps backwards,” he explained. “I moved forward again last year. Now I’m just making that final jump.”

On his training programme, he added: “My kick wasn’t very good last year so we’ve sorted that out and we’ve started doing some hill training and got me in the gym. Now I’m a lot stronger. I’ve been doing more mileage.”

The City of Sheffield athlete is next in action in Birmingham at the Sainsbury’s Indoor Grand Prix on Saturday where he will line up in the 3000m, while his fellow Sussex athlete Grice, who took bronze behind O’Hare in Sheffield, will contest the 1500m. In terms of staying motivated, Emanuel says it’s having athletes such as his fellow UK Indoors medallists that helps keep him driven.

“The competition at the moment is great,” he said. “Seeing what Chris (O’Hare, Moscow World Championships finallist) did last summer was a huge inspiration to me because I didn’t feel like I was that far behind him last summer.”

“It’s good motivation for those days when it’s rainy and cold and you don’t want to go out training. You think, what would they be doing?”

But now the promise of Sopot will surely provide him with all the motivation he needs.

“I’ve never been an international in terms of GB so it’s really exciting, I can’t wait to get out there,” he said.

“I think I can do really well. I’m in really good shape.