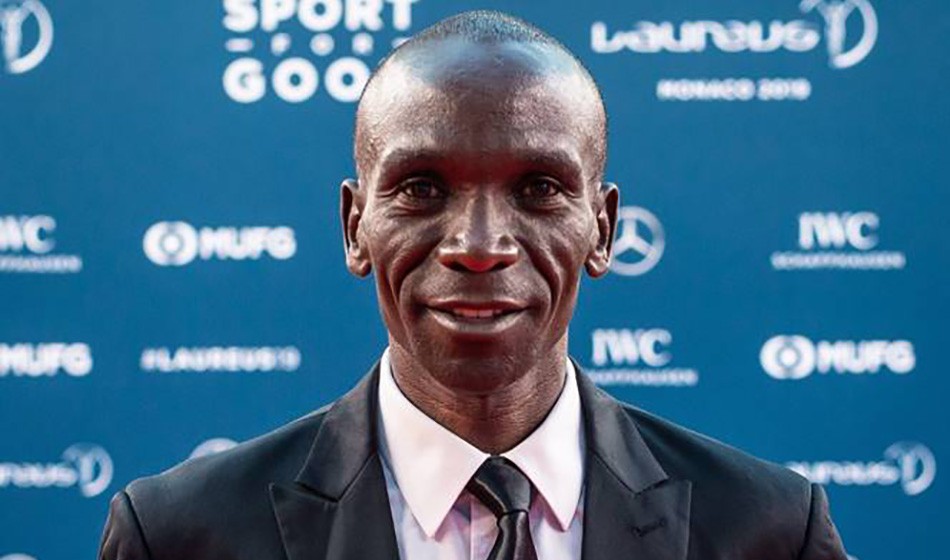 World record-breaker receives recognition after his incredible 2:01:39 marathon in Berlin

Kenya’s Eliud Kipchoge has received the Laureus exceptional achievement award following a year in which he ran his incredible 2:01:39 marathon in Berlin.

After winning the London Marathon for the third time with 2:04:17 in April, the 34-year-old went on to smash the world record for the 26.2-mile event in September, taking 78 seconds off the previous world record in the German capital.

He was named the IAAF male world athlete of the year in December.

“I want to thank all my fans, those who love the sport,” said Kipchoge after receiving his award.

"A running world is a peaceful world."

"A sporting world is an enjoyable world."

Well said @EliudKipchoge and what an unbelievable feat 🙌#Laureus19 pic.twitter.com/NLO4dCpAOs

The Olympic marathon champion was also nominated for the world sportsman of the year award which was won by tennis star Novak Djokovic for the fourth time.