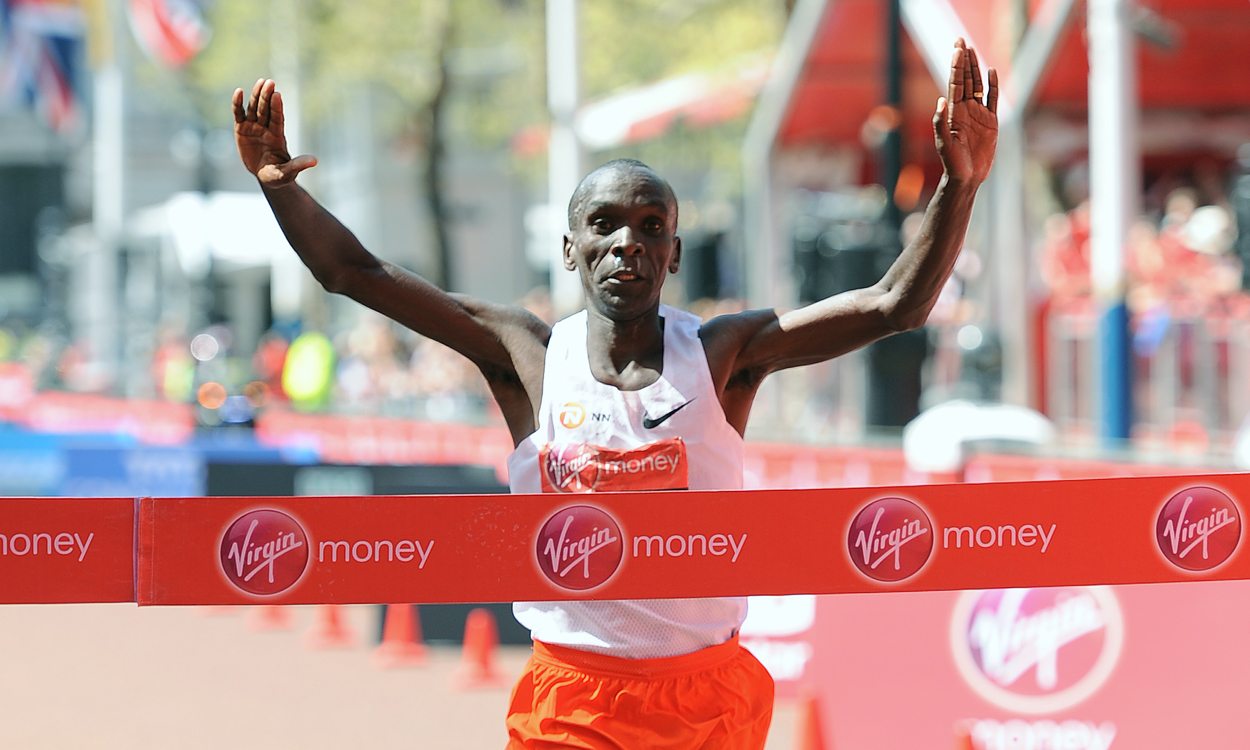 Eliud Kipchoge, the world marathon record-holder, is the focus of a new short film.

Called simply ‘Eliud’, the mini documentary has been produced by the London Marathon ahead of the Kenyan’s appearance on the roads of the British capital on April 28.

Filmed and directed by Adam Richards, Ryan Goad and Jimmy Stone with help from Kipchoge’s NN Running Team and Global Sports Communications plus London Marathon staff like Spencer Barden and Tom Bedford, the film takes a behind-the-scenes look at the life of a man whose marathon achievements include winning in London 12 months ago, the Rio Olympics in 2016 and setting a world record of 2:01:39 in Berlin last year, not to mention his 2:00:25 time trial in Monza in 2017.

AW has seen an advance preview of the film and it shows Kipchoge and his training group training at dawn on the dirt paths and roads of Kaptagat in Kenya in addition to offering a glimpse into his humble lifestyle by showing his bedroom at the training camp, jokes with training partners about football and even clips of him doing chores around the camp.

Hands up if you knew @EliudKipchoge was a big @SpursOfficial fan…⚽️

Our short film from inside his training camp premieres this weekend.

There are insights into his diet. He is seen having physiotherapy and he offers an explanation of his training philosophy and how he is always looking forward at fresh challenges.

Such challenges include taking on Mo Farah in the Virgin Money London Marathon later this month.