Eilish McColgan’s track to Tokyo kicked off at Highgate 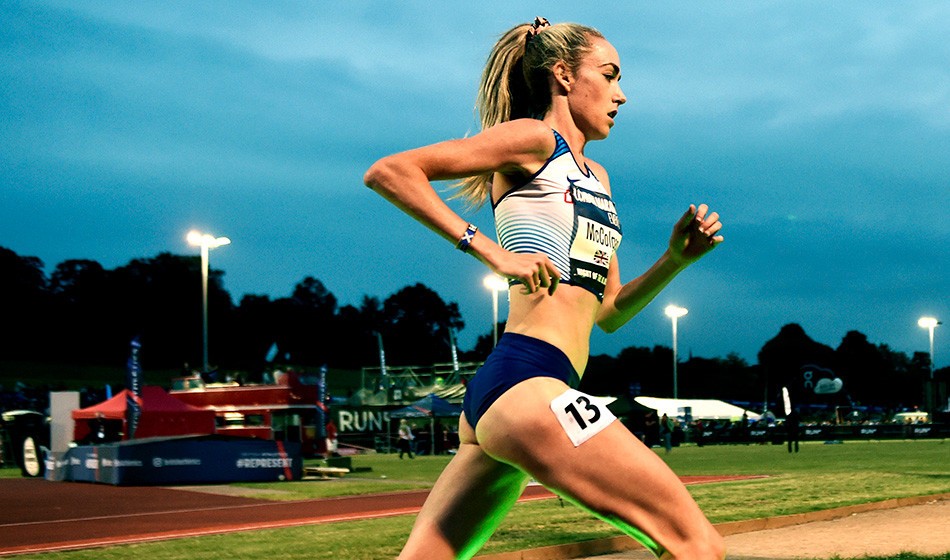 Coach and mum Liz McColgan says Night of the 10,000m PBs, where her daughter placed third, was a learning experience ahead of the Olympics

Saturday’s Night of the 10,000m PBs had been viewed as a chance for Eilish McColgan to gain experience of the 25-lap event ahead of the Tokyo Olympic Games and she made the most of the opportunity by placing third in an impressive time of 31:16.76.

The Scottish European 5000m silver medallist is coached by her mum Liz McColgan and, speaking with AW ahead of her daughter’s race at Parliament Hill, the 1991 world 10,000m champion stressed the importance of the Highgate Harriers-organised event in her charge’s journey to the Olympics in Japan.

“For Eilish to be here (at the Night of the 10,000m PBs), it’s all about learning what to do for Tokyo because at the Tokyo Olympics we want to do the 10,000m,” said the 1988 Olympic silver medallist. “She has got to start learning.

“It’s important for her to get a feel of what it’s like to run 25 laps and I think in this atmosphere it will probably be a better environment to do it.

“Eilish has had lots of ups and downs,” added Liz, with Eilish having struggled with some injury and illness setbacks in the past, including a foot problem which forced her to switch from the steeplechase, her specialism up to 2014.

“If Eilish is healthy, she will run well. My problem is keeping Eilish healthy. That’s the difficulty for any coach, keeping their athlete healthy. The training is the easy part!”

Before Saturday’s race, which saw Eilish claim individual silver and team gold in the incorporated European Cup, the 28-year-old had previously only completed one other 10,000m race on the track, at the Stanford Invitational in California in 2017 when she ran 32:10.59.

“I think it was all about finishing, for one, because last month I dropped out in a 10km and I was so gutted, it’s such a horrible feeling, not finishing a race,” said Eilish after her race. “I thought, you know what, no matter what happens, finish it.

“My first one (10,000m) was two years ago and I had food poisoning and I spent the whole race thinking ‘don’t throw up everywhere!’ It was a bit of a mental barrier.

“I wanted to challenge myself and I think it was just to get away the gremlins from the last 10km. I wanted to have a good experience and the fact I’ve ticked off qualifying for next year’s Olympics is a huge relief to be honest. It’s nice to know that’s in the bag.”

Her focus remains on the 5000m this year and she added with a laugh: “The thought of doing another 10km is definitely not appealing!”

Liz is now based in Doha, host city for this year’s IAAF World Championships in September and October, and in her interview with AW she also shared her thoughts on the global event and the Highgate 10,000m festival.

Watch the videos above for more from the interview.