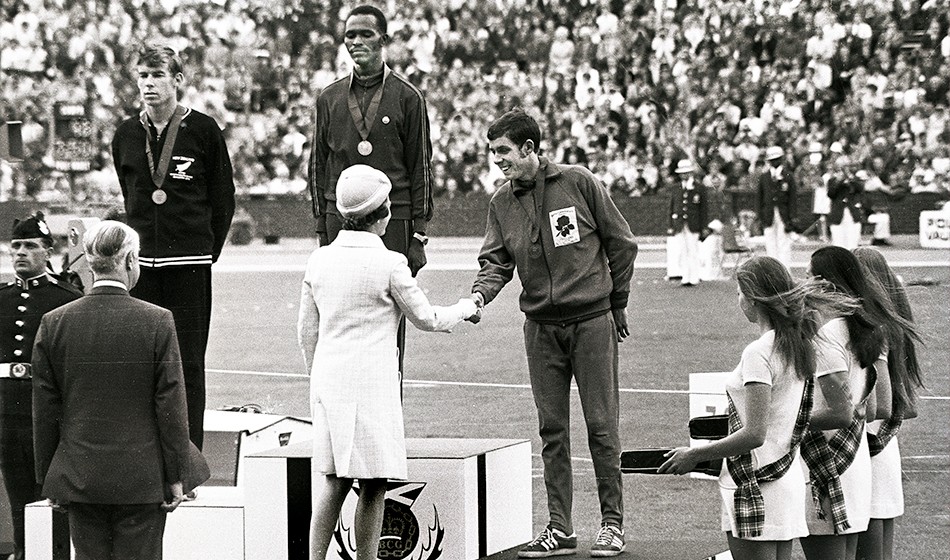 The British distance running great reflects on his Commonwealth Games 1500m bronze, 50 years on from that successful debut international performance in Scotland

Brendan Foster describes the Edinburgh 1970 Commonwealth Games as “the juncture” – the moment that really marked the start of his career. Making his international debut, that 1500m bronze medal-winning performance would propel him on to even greater success and he knew then that “this is where I want to be”.

Fifty years on from that 1500m final on July 22, 1970, Foster reflects on the experience and explains how it proved pivotal in a career which would go on to include an Olympic 10,000m medal in 1976 plus European and Commonwealth titles and much more.

“I finished second at the trials behind the European champion John Whetton and I was selected for the Commonwealth Games,” Foster recalls. “That was my first international, I had never been selected for anything before that. My highest accolade up to that point was running at the British Universities and for Northumberland and Durham.

“The thing I remember most is running against Kip Keino,” he adds. ‘Two years earlier I had been watching him winning the Olympics in the 1500m. We were students at Sussex University in Brighton and we bought a telly for a fiver, we put it in the cupboard because we didn’t know about the licensing, and we got it out in the evenings to watch the Olympics. 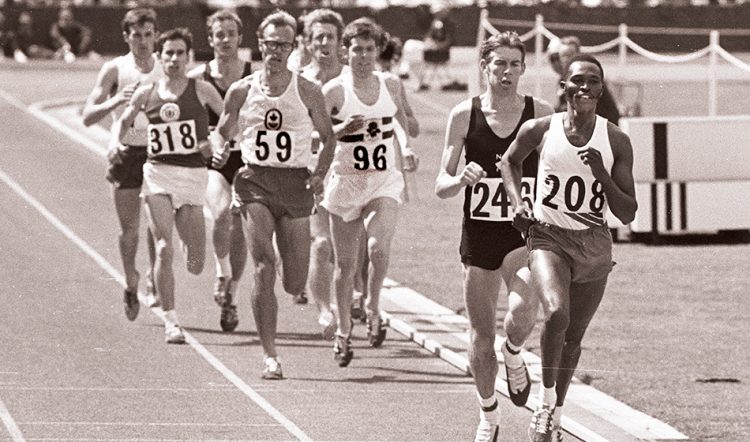 “And there I was, less than two years later, running against Kip Keino. I remember it was raining before the race and he was warming up in his raincoat, and I thought, that’s Kip Keino, the Olympic champion!

“It was a novelty for me. It was my first international, I got on the rostrum. I managed to get a medal.

“I did other things obviously after that but nothing was ever as exciting as my first international in Edinburgh in the Commonwealth Games and getting a medal and then standing in the crowd with my medal in my bag and watching Ian Stewart win the 5000m. I thought, ‘this is where the action is, this is where I want to be’. That was the beginning of my career.”

“First of all, when I went to the opening ceremony, I thought ‘this is just fantastic, this opening ceremony. It would be wonderful to get to the final and get a medal because look at these great athletes all around the place’. I was a bit starstruck,” Foster continues.

“Then I started meeting these people – Kip Keino, Dick Taylor, Ron Clarke and Ian Stewart – and I thought, ‘I want a piece of this action’. When I got my medal I had already met these guys and watched what they were doing. I thought, ‘this is for me, this is what I want to do. I want to be a good runner and get amongst them, so when I step on the track, they know my name’. Because they didn’t know my name that day.

“For British athletics it wasn’t a significant performance but for me, it was the one that propelled me on to doing other things.

“There was Kip Keino and Dick Quax ahead of me and they were both world-class runners, both of them big medallists. 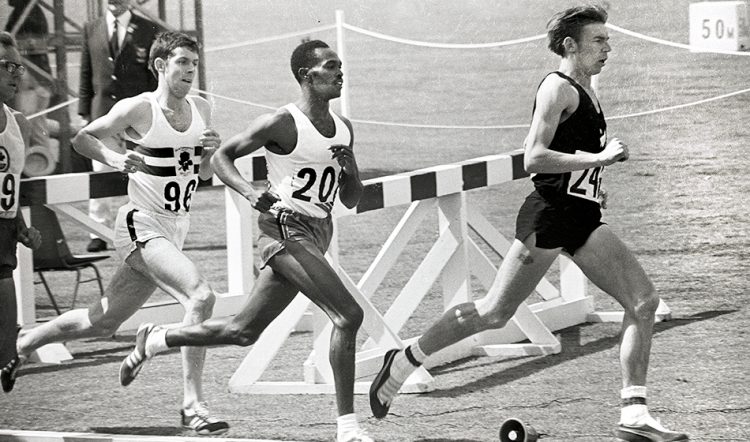 Dick Quax to the fore ahead of Kip Keino and Brendan Foster. Photo by Mark Shearman

“When I was commentating, you would watch these kids who are new into it and it is the first time they are in a championship. You watch how they behave and watch how they perform. Some people respond to the big occasion and it spurs them on and others never go back to it. For me, it was like, ‘I want a bit more of this’!

“The Queen presented me with my medal and that was a highlight, obviously.

“It was the juncture. It was like, ‘okay, I can do this’. I obviously responded to the competition.”