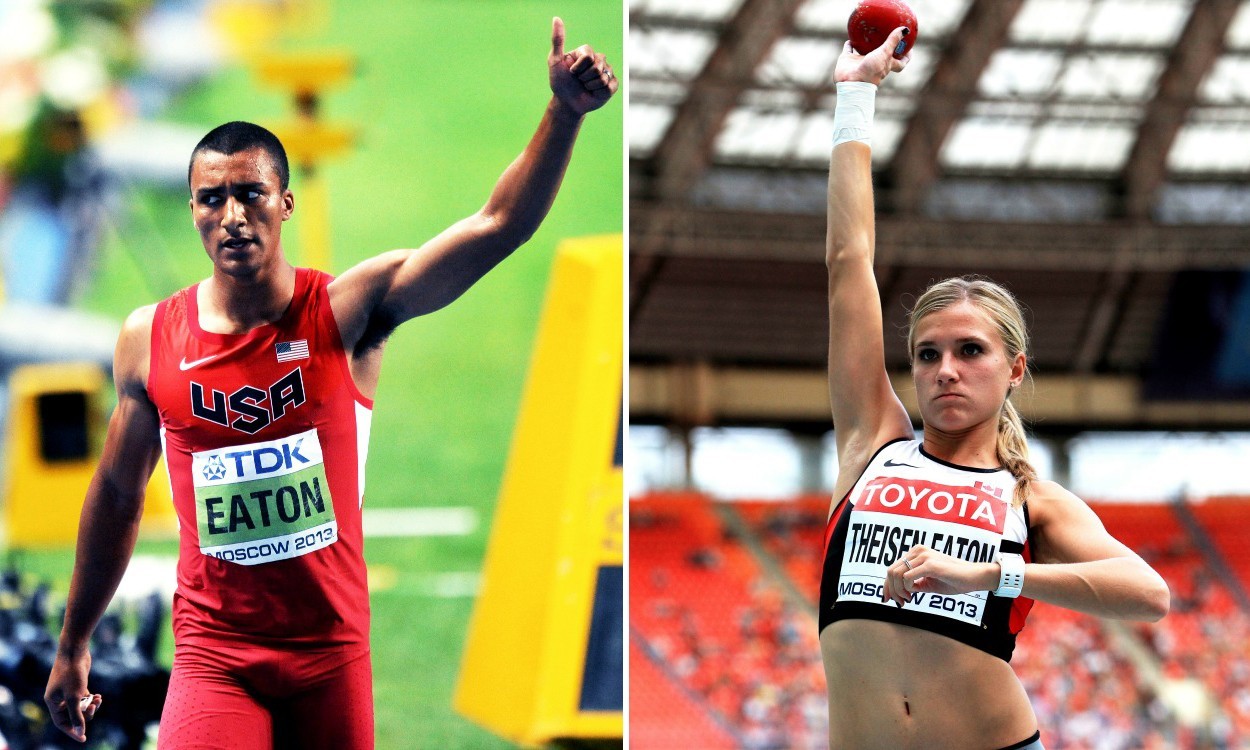 World decathlon record-holder Ashton Eaton makes his Hypo-Meeting debut this weekend and will be joined in Austria by his wife Brianne Theisen-Eaton, the Commonwealth heptathlon champion and world silver medallist

Olympic champion Ashton Eaton and Commonwealth gold medallist Brianne Theisen-Eaton head to the Hypo-Meeting in Gotzis this weekend (May 30-31) looking to revise their personal bests. For the husband and wife team this means a world decathlon record and a Canadian heptathlon best.

Last year’s Gotzis winners, Trey Hardee and Katarina Johnson-Thompson, are not competing this year, but the competition will still be fierce and both Eaton and his wife were looking forward to the event with excitement as they spoke to AW just before they travelled to Europe.

To make things even better, in Austria they will be competing in tandem because all 17 events of the heptathlon and decathlon run alongside one another over two action-packed days.

“To be able to experience Gotzis together is going to be really cool,” says Eaton, who is a Gotzis first-timer, “and it may be one of the last times that we do experience multi events together. We don’t know how long our careers are going to be and it’s obvious that the Olympic Games are a milestone for the athletes,” he adds.

While it may only be a stepping stone to greater things, for Theisen-Eaton, the 2013 Gotzis champion, it is a competition that means a lot.

“I’m excited about it. It’s my favourite multi-event. The atmosphere is just great and so are all the competitors. I’m excited to go back. I feel fit and ready to compete,” she says.

When Eaton lines up for the opening discipline on Saturday, there will be some uncertainty about his prospects, due to his 20-month absence from the event since winning gold at the 2013 IAAF World Championships in Moscow. So how has he changed as an athlete during that time?

“I would just say that being older lends itself to being more experienced. What I’m now lacking in the physical area, I’ve made up for on the experience side, so that should help,” he explains.

Of course, Eaton did not have a complete year off in 2014. Instead he was exploring his capabilities in the world of 400m hurdles, an event in which he not surprisingly excelled in as he finished the season as world No.9 and US No.2.

“It definitely helped my endurance a lot and my pain threshold for the 400m,” he says.

With those developements in mind, plus a greater focus on speed in the last two years, he is an even better athlete than before. So is a world record possible? “Yeah, I think so,” he says. “I would just say that I don’t feel worse than I did then, so I don’t see why not.”

Whether things come together or not, both Eaton and Thiesen-Eaton are aware that it will take a huge effort to eclipse the feelings evoked when he broke the world record so magnificently with 9039 points at the 2012 Olympic trials in front of his home crowd at Hayward Field, Eugene.