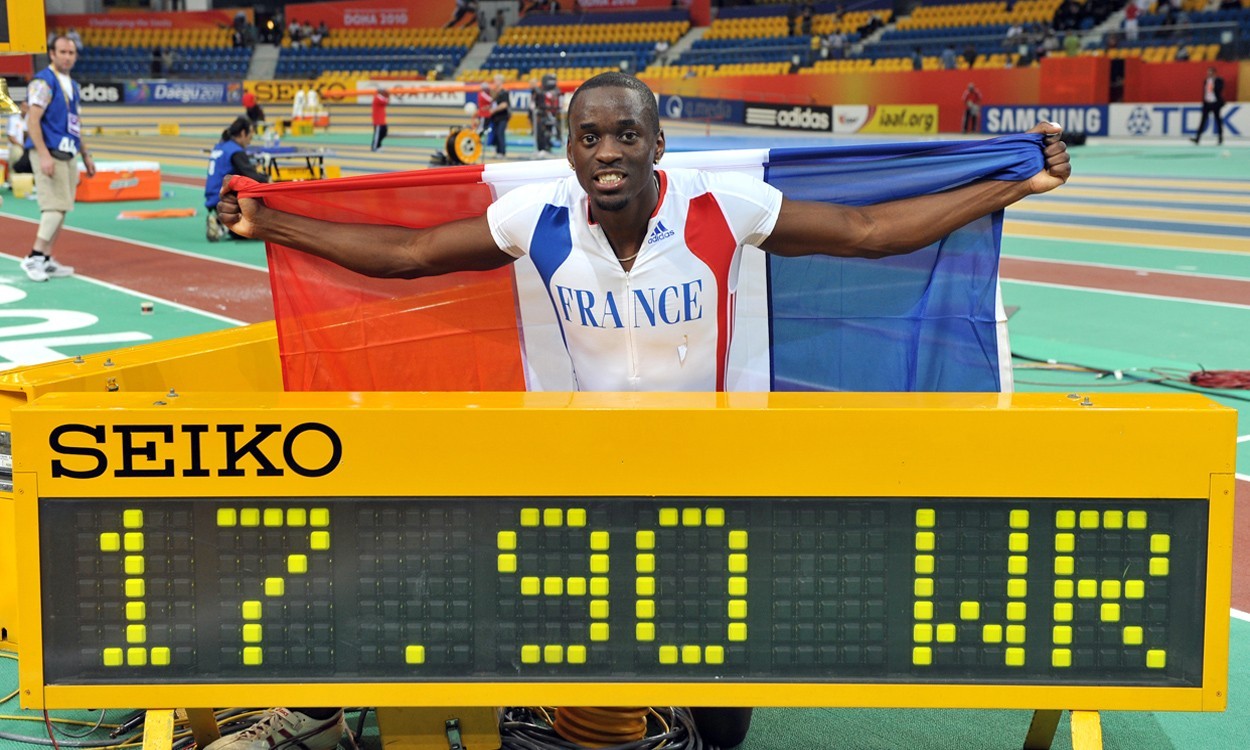 Teddy Tamgho, the reigning world triple jump champion, was not expected to compete this summer after breaking his tibia during the winter, but the Frenchman’s reputation has suffered a blow after he was handed a 12-month ban due to missing three out-of-competition drugs tests.

The second test, he claims, was missed because he did not hear the anti-doping officers knock at his door. The third test was because he travelled to Madrid to see his coach, the four-time world long jump champion Ivan Pedroso, and failed to notify drug-testing officials.

“The board does not doubt the good faith of the athlete. The attitude of Teddy Tamgho is more neglect and lack of diligence than a genuine desire to evade doping controls,” the French athletics federation said.

Last year he won the world title in Moscow with 18.04m, making him only the third man in history to break the 18 metres barrier.

This is not his first ban, though. In 2011 he was suspended for six months, fined and given 50 hours’ community service after a training camp fight with a female athlete.

A statement on rusathletics.com advised Lashmanova will be suspended from February 26, 2014, to February 25, 2016, following her positive test for the banned substance in a sample given on January 4, 2014.