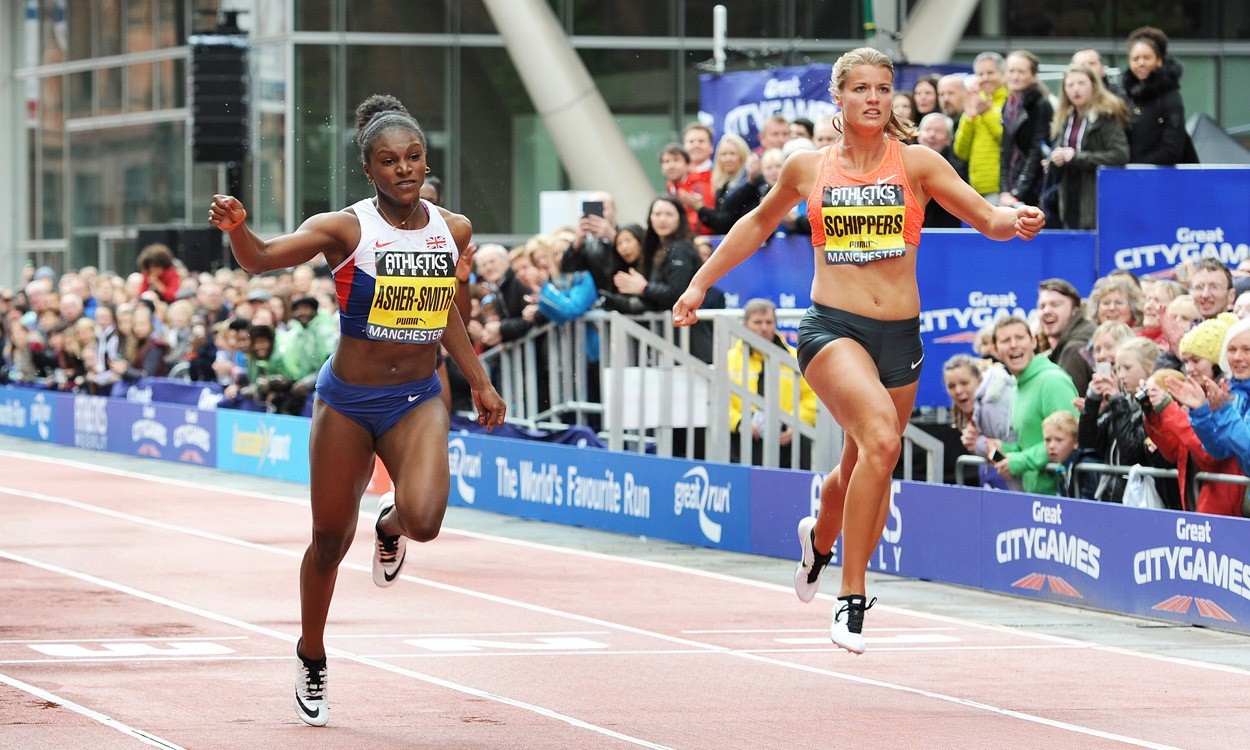 With 100 days to go before the Müller Anniversary Games, organisers have announced a red-hot women’s 100 metres field for the London meeting.

British record-holder Dina Asher-Smith will take on Marie-Josée Ta Lou of the Ivory coast, Elaine Thompson of Jamaica and Dafne Schippers of the Netherlands – a quartet who own a combined 18 Olympic and world medals.

Thompson is the reigning Olympic 100m and 200m champion and Schippers is a two-time world 200m champion, while Ta Lou was world No.1 at the distance in 2018 during a season that saw her lose only once – in Zurich – in 12 major races.

Fresh from her exploits in Berlin last summer where she won European golds over 100m, 200m and 4x100m, Asher-Smith will relish taking on some of the quickest women on the planet when the 100m takes place on Sunday July 21 at this year’s edition of the event.

Thompson is the athlete with the quickest 100m PB of 10.70 – the fifth quickest time ever recorded – and the Jamaican will head into the summer season aiming to recapture the form that saw her win a historic double sprint gold at the 2016 Olympics in Rio.

» The Müller Anniversary Games and Diamond League is on July 20-21. For tickets, click here