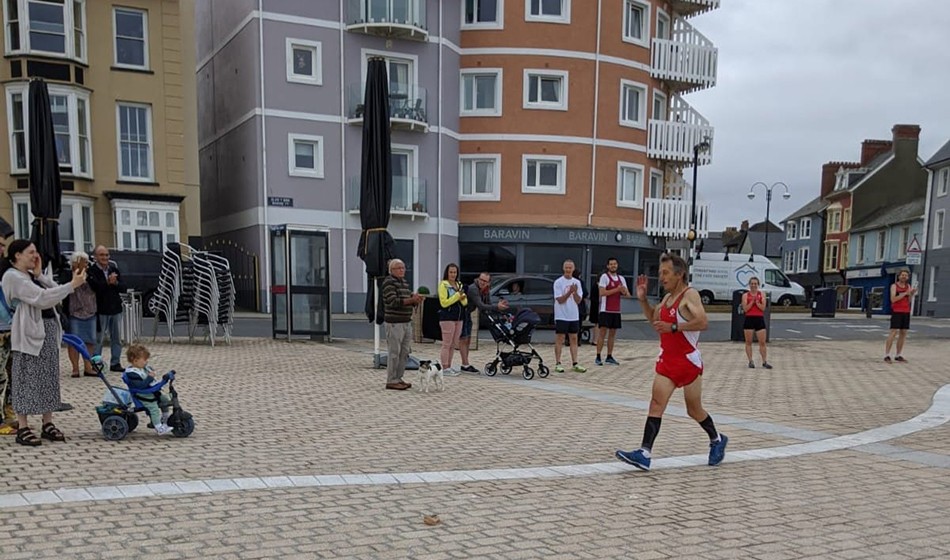 The 73-year-old is well known within the Welsh running scene, having represented Wales since 1965 right through to 2020. He is also a highly-respected coach and organiser of local races in mid-Wales including The Red Kite Challenge which has incorporated the Welsh and West Wales Trail Running Championships over recent years.

Unable to stage the Red Kite event this year, and fearing local charities would miss out on the funds raised annually, Evans decided to set himself an individual challenge in order to raise money towards the chemotherapy ward at Bronglais Hospital in Aberystwyth. He hoped to raise £1000.

The challenge he set was to run 1000 miles between March 23 and June 30, meaning he had to cover an average of 10 miles every day. As one of Wales’ top distance runners in the 1980s, having clocked a marathon PB of 2:17:57 in Glasgow in 1986, it would have been a comfortably achievable aim for him back in the day. But now in his seventies and suffering from a long term injury, it was much more of a challenge.

On June 26 – a few days before his deadline – Evans was joined by some of his coached athletes to run the final few miles, all while keeping to social distancing guidelines.

The campaign has far surpassed the original target and has raised more than £8000.

“People have been very generous. There have been contributions sent from the US, from France and from Canada as well as many other parts of the world,” said Evans.

“I was worried the hospital would miss out as the race (The Red Kite Challenge) wasn’t being held this year so wanted to do something to help.

“A few injuries have been hurting over the last few weeks, but what kept me going was the thought of all the people contributing towards the cause. I’d like to take the opportunity to thank everyone for their support and respect, it means a lot.”