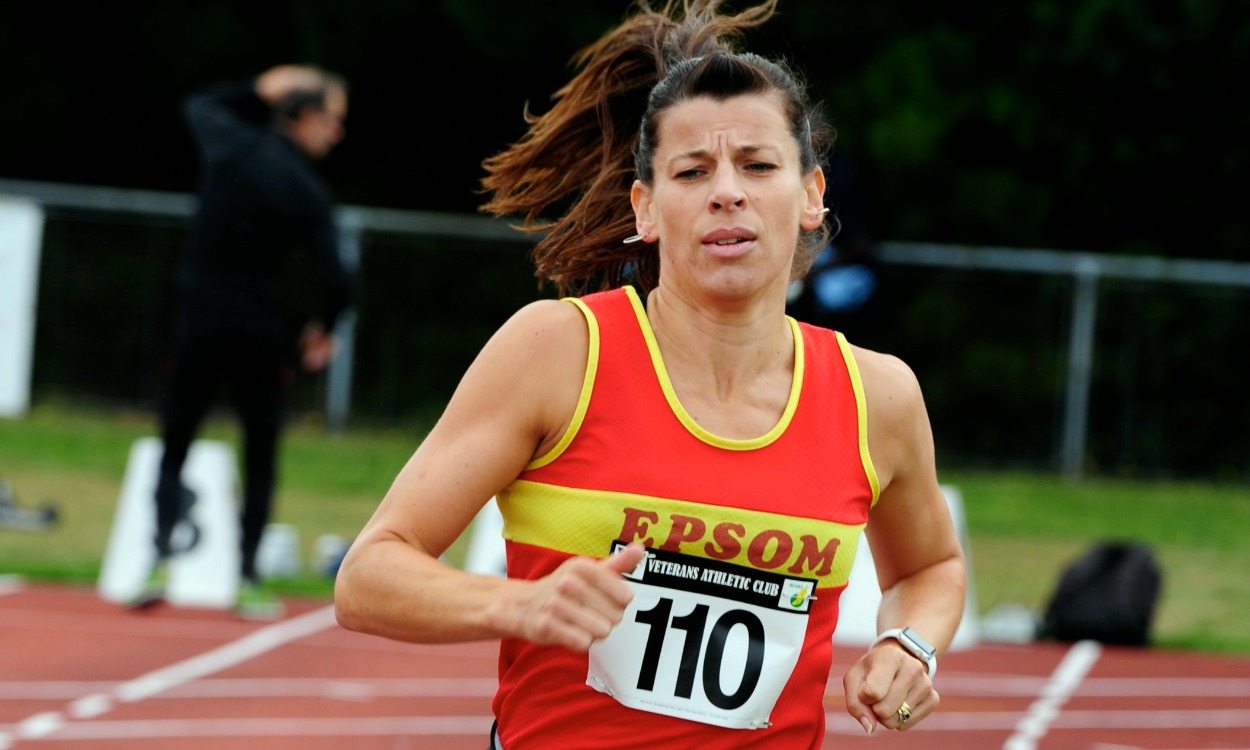 Perhaps the most prolific masters athlete in the UK in the last couple of years has been Epsom & Ewell all-rounder Diana Norman.

The 43-year-old regularly wins more than half-a-dozen events in British Masters Championships and, although setting a British record, just missed the world W40 heptathlon mark when winning the European masters title in July.

She does, however, hold the W40 outdoor pentathlon record and has notched up about 20 individual British and European titles in 2017.

Norman currently leads the 2017 British W40 rankings in a dozen different disciplines and has won more than 80 individual contests from nearly 200 contested. As well as explosive events, Norman excels at 800m and 1500m, 2000m steeplechase, road relays and cross-country, as well as running a sub-20min 5000m this year.

She is one of six talented Bennett sisters, with high jumper Julia and throwers Christina and Joanna being GB internationals, and Norman praises “the good sporting genes passed down from my mother” for family successes.

Her own sporting offspring are also now doing well but she suggests that husband, Ollie, who was a 3000m steeplechaser and cross-country runner who ran for England, may have played his part. “I can’t proclaim that all the sporting genes come from me,” she says.

Her son Harley was the 2015 Inter-Counties under-13 cross-county champion and is now making his mark at under-15 level. Another son, Conrad, is running well at under-13 level, while his sister Estée is doing well in swim-run races.

“I can see a bright future for all three, the boys in 800m and 1500m and cross-country and Estée following in my steps in combined events,” said Norman.

So why did her children follow her into athletics? She says: “I believe they have all entered the sport because they see the passion and enjoyment I get out of athletics. In their younger years they had to sit on the side and watch me train and coach.”

She now coaches at her club, Epsom & Ewell Harriers and says: “I run with my young coaching group and they keep me on my toes and don’t let me plod around the track.”

So, what was it that brought Norman into the sport? “I got into athletics as my mother used to sprint for Kent and there was an athletics track five minutes’ walk from my house. I was a good all-round athlete but never a master at one (discipline) so I was introduced to combined events,” she remembers.

In her younger years, she was a AAA heptathlon bronze and indoor pentathlon silver medallist before getting her 800m time down to 2:09.54 and is proud that some of her younger age group records still stand. “I believe I still hold Surrey championship best performances for under-17, under-20 and senior women’s heptathlons,” she says.

She took time out to raise a family but has come back with a vengeance since 2009.

“I believe that I can still compete to a good standard as I keep my body conditioned,” she says. “I can’t train technically as much as I used to, but as long as I keep flexible, strong and injury-free, the technical memory still serves me well.”