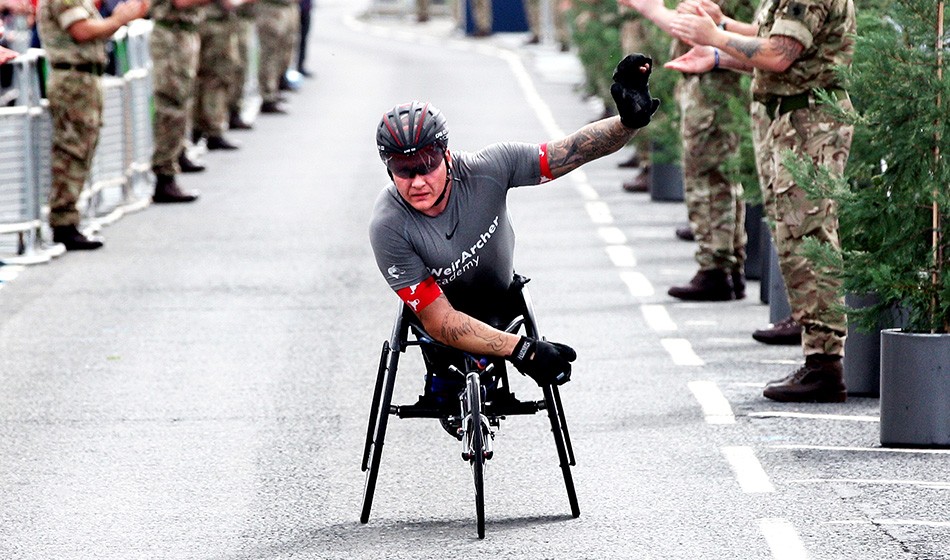 David Weir is targeting the Tokyo 2020 Paralympic Games marathon after discovering “a new desire” for racing this year.

The six-time Paralympic gold medallist won his seventh title at the Simplyheath Great North Run on Sunday and that followed his eighth Virgin Money London Marathon victory in April.

He now works towards marathons in Berlin, New York and Chicago this autumn.

.@davidweir2012 won a super seventh #GreatNorthRun title today, also breaking the course record. It was his first race since his @LondonMarathon win and great prep for marathons in Berlin, New York and Chicago @WeirArcher @Great_Run pic.twitter.com/FGesilqeXs

“Athletics and representing the British team has always been, and will always be, a passion in my life, and I’m excited to announce that I’m attempting to qualify for the British team in the marathon for the 2020 Paralympic Games in Tokyo,” said Weir.

“People know that the last Paralympic Games didn’t go my way, but I’ve discovered a new desire, and a new passion for racing this year.

“I’m going faster than ever before and am excited by what the future holds for me on the road.”

The 39-year-old had announced in January 2017 that he would be retiring from international athletics.

British Athletics’ para athletics head coach, Paula Dunn, said: “I am very pleased that Dave has made the decision to target the 2020 Paralympic Games in Tokyo.

“We are 100% committed to working with Dave and supporting his aspiration to reach a sixth Games.

“He is a legend of the sport and the accolades he has achieved speak for themselves. He will continue to be an inspiration to the rest of the team moving through to Tokyo.”