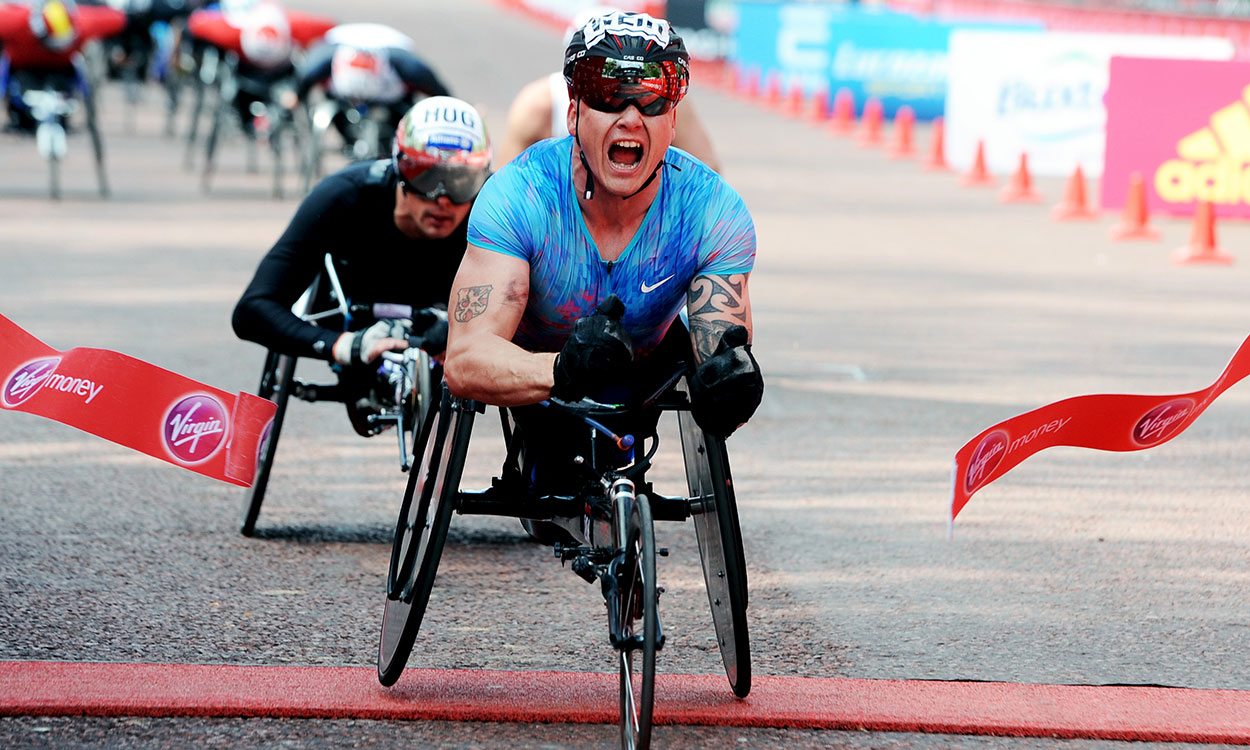 Britain’s six-time Paralympic gold medallist David Weir has been announced for the Virgin Money London Marathon on April 22, when he will go for his eighth win at the event.

Weir, who won 800m, 1500m, 5000m and marathon titles at the London 2012 Games, has since retired from track competition and is concentrating on road racing.

“Winning my seventh London Marathon in 2017 was a moment I will never forget,” he said. “The gap between my win in 2012 and last year’s victory was some time and I am sure there were people who began to doubt me.

“But I’ve always had confidence coming into the London Marathon. It is my home race, I know every inch of the course and I always believe I can win – and that will be the same this year.”

A number of other British athletes were also announced for the April event on the second day of London Marathon’s ‘Elite Week’.

Charlotte Purdue, who was the top European athlete in 13th place at the IAAF World Championships marathon in London last summer, is among the entries as she looks to secure a spot on the GB team for the European Championships in Berlin in August.

She will be joined in London by her Aldershot, Farnham and District AC team-mate Lily Partridge, who made her marathon debut in Seville last year and will be racing the London Marathon for the first time.

Elite men’s race entries include Jonny Mellor, who ran a PB of 2:12:57 at the Berlin Marathon last September. Mellor turned down late selection for Team England at the Gold Coast Commonwealth Games to instead target the London event.

Further elite field announcements will be made over the next few days, with ‘Elite Week’ concluding with a live show streamed on Facebook on Thursday January 25 at 18:30 GMT when experts will discuss the 2018 line-ups.