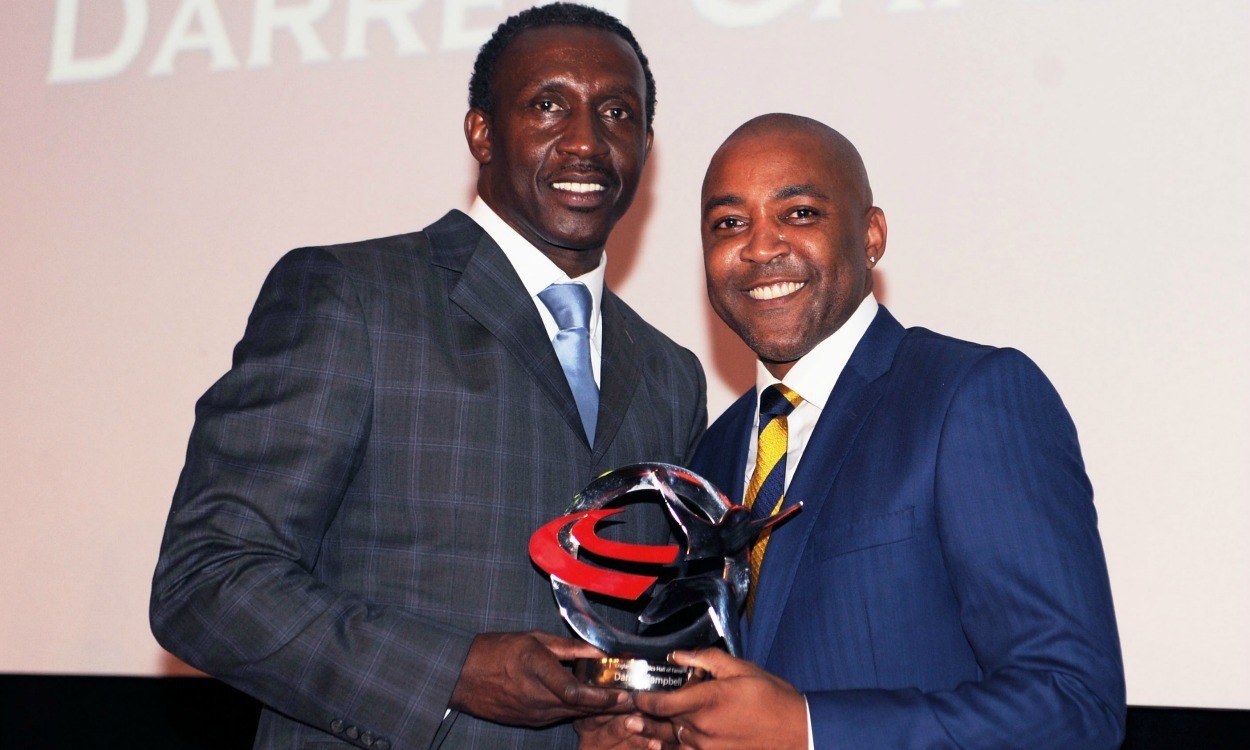 Britain’s 2004 Olympic 4x100m gold medallist Darren Campbell is recovering in hospital after a bleed in the brain left him close to death.

In an interview with BBC Sport, the 44-year-old said he was “relieved to be alive” after having a seizure last Tuesday and requiring resuscitation.

Campbell, who won a total of 12 medals at Olympic, world, European and Commonwealth level during his successful sprinting career, added that his fitness had helped him to recover.

“I nearly died,” the BBC Radio 5 live presenter and pundit told BBC Sport. “You have to give thanks. That is how close it was.

“The doctors have said if I wasn’t so fit, I wouldn’t be here. I was always going to fight. As long as the doctors were fighting, I’d fight.”

Campbell, pictured above, right, with his former coach Linford Christie, was inducted into the England Athletics Hall of Fame in 2014 following a career which also saw him claim Olympic 200m silver in 2000, European 100m gold in 1998 and world 100m bronze in 2003.