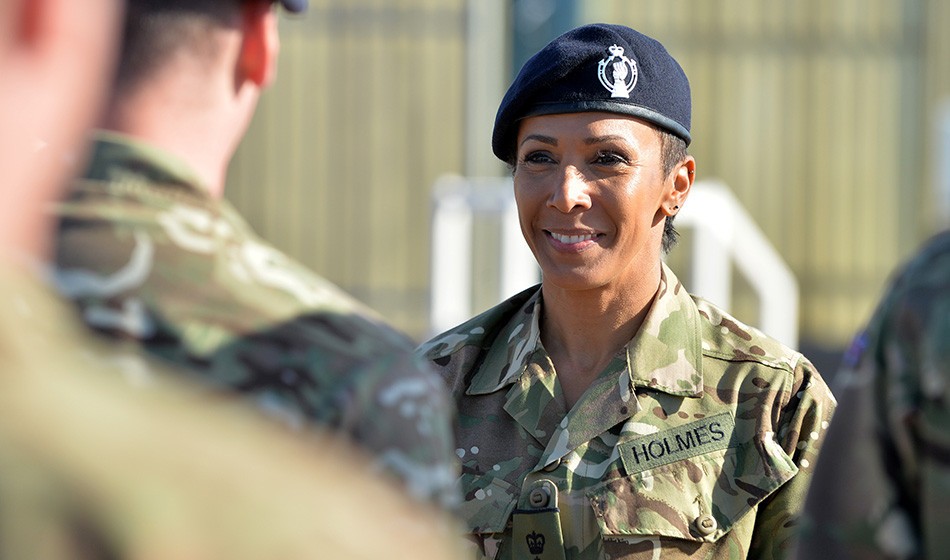 Dame Kelly Holmes has been made Honorary Colonel of the Royal Armoured Corps Training Regiment and used the appointment as an opportunity to highlight the impact that her military career had on her athletics journey.

At the age of 18, Holmes left a professional running career to pursue her first dream of joining the Army and says that the Army was the ‘making of her’ – teaching her discipline, respect and responsibility.

Starting out as an HGV driver, she went on to become a physical training instructor, but never fully left athletics behind.

During her Army career she competed in the Army athletics team and was Inter-Services champion in both cross country and track events. She was so committed to carrying out her responsibilities with the Army that she used her annual leave to represent Great Britain at the 1993 World Championships, swapping her guard duties to accommodate her time away.

Holmes went on to claim the Commonwealth 1500m title and European silver the following year, before world 800m and 1500m medals in 1995, Olympic bronze in 2000 and then her Olympic double in Athens in 2004. Her highly successful career also included a second Commonwealth title in 2002 plus world indoor and outdoor medals in 2003.

“This is a massive honour for me,” said Holmes, whose appointment had been approved by Her Majesty the Queen earlier this year.

“You cannot underestimate how much my military career has led me to this point and it was dream of mine when I was 14 to join the military.

“I joined when I was 18 years of age and it is one of the best things I have ever done and it has made me who I am.

“As an international athlete, it was my military career that saw me through the ups and the downs, and made me push to be the best I can be and never give up on my dreams.”

“She has achieved so much through determination, a will to succeed and a desire to show the world what they are made of, and to do it in such extraordinary style, I have no doubt will act as an inspiration to so many in the future.”