Dalilah Muhammad is on top of the world 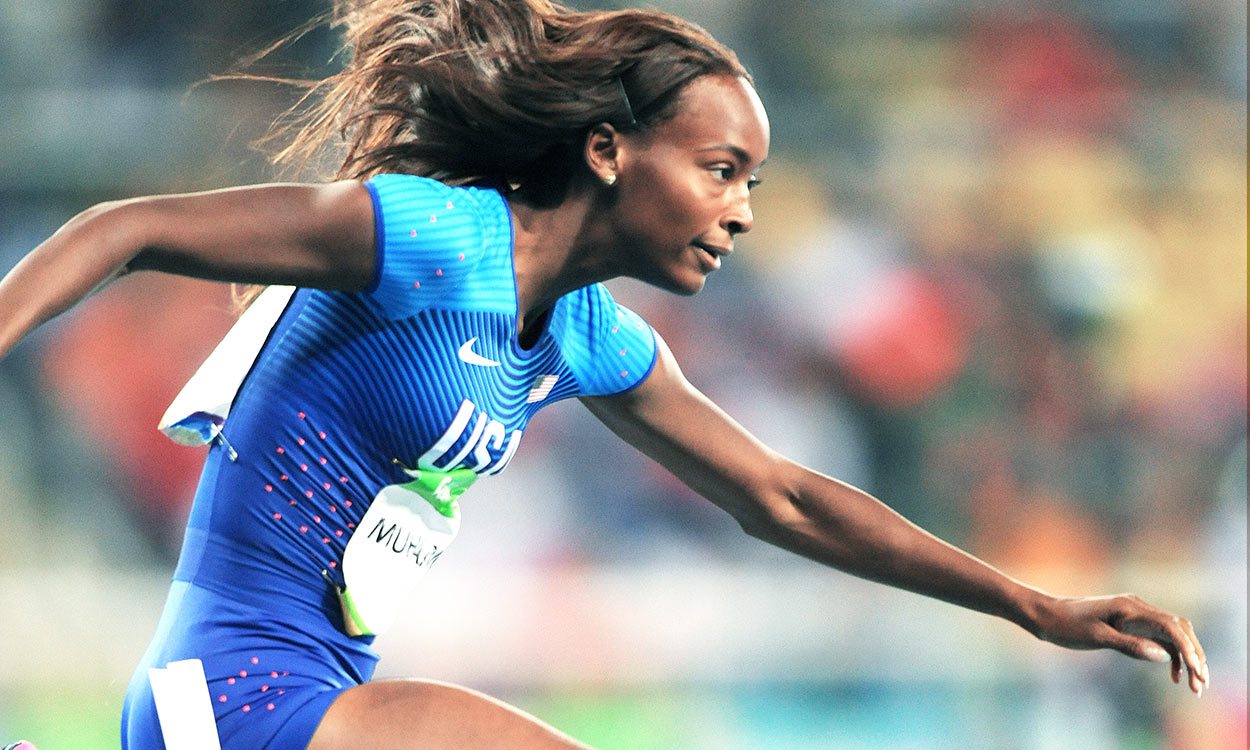 After her blistering 2017 form, Dalilah Muhammad has the 400m hurdles world record firmly in her sights

But the 27-year-old ran even faster at the US Championships held in Sacramento last month, raising speculation that she could even break the world record this season.

If the weather is kind, that could happen at the IAAF World Championships in London.

Certainly, her recent form shows she is closing in on the world record of 52.34 that was set by Yuliya Pechonkina in 2003.

At the US Championships, Muhammad won a race that has been described as the highest-quality women’s 400m hurdles in history.

With a time of 52.64 she smashed the North American all-comers’ record which had been held by Deon Hemmings from 1996. The US record, meanwhile, which is held by Lashinda Demus with 52.47 from 2011, could also be on borrowed time.

“Of course, every race I go out there trying to win,” said Muhammad. “I knew it was going to be a fast race, and my coach was telling me to just go with it and trust that I will be able to finish. And that’s what I did.”

In a race of mouth-watering quality in Sacramento, for the first time ever three women broke the 53-second barrier and six finished inside 54 seconds. The times achieved in third, fourth, fifth and sixth were the fastest ever recorded for those positions, although Muhammad was a dominant, clear winner.

As a child, she was discouraged by her mother from hurdling due to fears she would hurt herself. But she was born to clear barriers and soon began to make her mark in athletics.

After graduating from the University of Southern California, the New Yorker enjoyed a breakthrough year in 2013 when she finished runner-up to Zuzana Hejnova at the IAAF World Championships in Moscow, but a couple of underpar years followed before a change of coach from Yolanda Demus to Lawrence Johnson triggered a return to form in 2016 where she ran 52.88 at the US Trials – the first sub-53-second time in the world for three years – before taking gold in Rio in 53.13.

Talent aside, Muhammad credits her Muslim faith for her success. “A Muslim is a person that strives for excellence. My Olympic medal is a symbol of that determination,” she says.