Competing and officiating in the ‘new normal’ 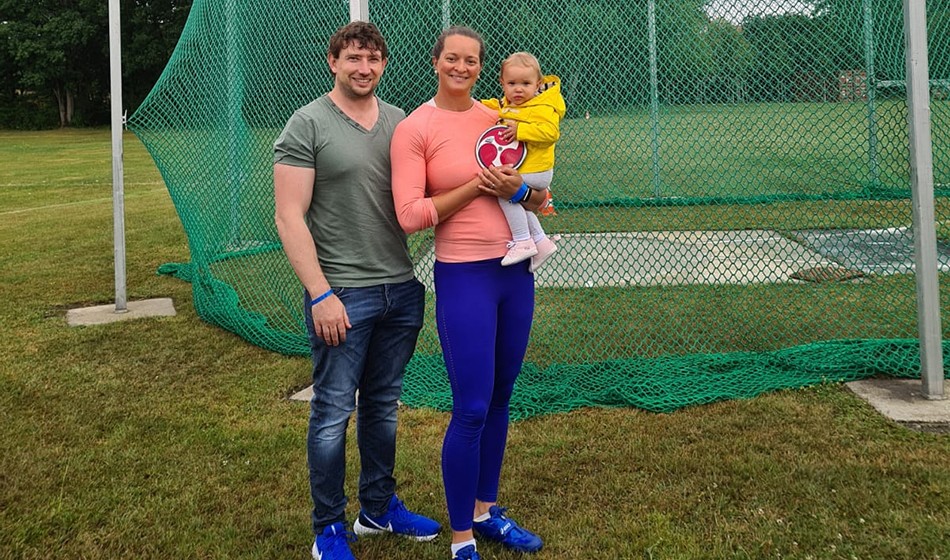 Shaftesbury Barnet Harriers hosted Throws Fest, the first official athletics fixture in the UK since March, at Allianz Park last weekend and both athletes and officials were delighted to be back in action after months of lockdown, writes Rosalind Zeffertt.

The competition, a test event designed in conjunction with England Athletics to help the sport prepare for post-lockdown action, saw 45 invited entrants over the four events – discus, shot put, hammer and javelin – having to familiarise themselves with a number of new rules. These required athletes to remain in designated sections within the competition areas, use only their own implement which they, rather than an official, retrieved after every throw, and ensure that any accompanying individuals left their contact details with the organisers for Test and Trace purposes.

It was a challenge to organise in just three weeks, as field referee Steve Marshall, technical manager at the 2017 World Championships, readily admitted.

“I’d gladly swap the preparation for Throws Fest for 10 days at the Championships,” he said.

“I can’t pretend it wasn’t stressful. But it turned out to be one of my best days in nearly 40 years of officiating.

“Since athletes had to stay within certain areas, they were paying more attention to other throwers instead of taking themselves away between throws to prepare for the next one. They watched and supported each other and offered positive advice. It was like one big family. The atmosphere was brilliant.”

“I can’t pretend it wasn’t stressful. But it turned out to be one of my best days in nearly 40 years of officiating” – Steve Marshall

Having gone through nearly four months of social distancing, athletes had no trouble adapting to the new measures.

“We were so used to being careful anyway that it was natural not to get close to anyone,” said Olympic discus thrower Jade Lally (pictured, top), who managed to throw 56.10m despite suffering from a numb throwing hand after her one-year-old daughter fell asleep on her arm overnight.

“But after having been segregated for so long, we really enjoyed finally being able to be together and to get out and throw.”

Lally’s long-time connection with Shaftesbury Barnet Harriers added to the significance of the day.

“For me it was particularly special because Shaftesbury is my club and it’s where I first broke 60 metres,” she added, “so it meant a lot for me to be there.”

Meanwhile Scott Lincoln, now in his fifth season at the top of the senior UK shot put rankings, set a PB of 20.41m in his final throw of the competition.

“I actually felt that I wasn’t throwing at full capacity and that I had a lot more there,” he commented, “but once I work a bit on timing, it’ll be fine.”

Other athletes to  improve their PBs included Shaftesbury’s under-20 hammer thrower Oliver Graham with 63.96m and Zara Obamakinwa of Blackheath & Bromley, whose 47.14m throw not only cemented her place at the top of the under-17 discus rankings but also moved her up to 12th on the UK all-time list.