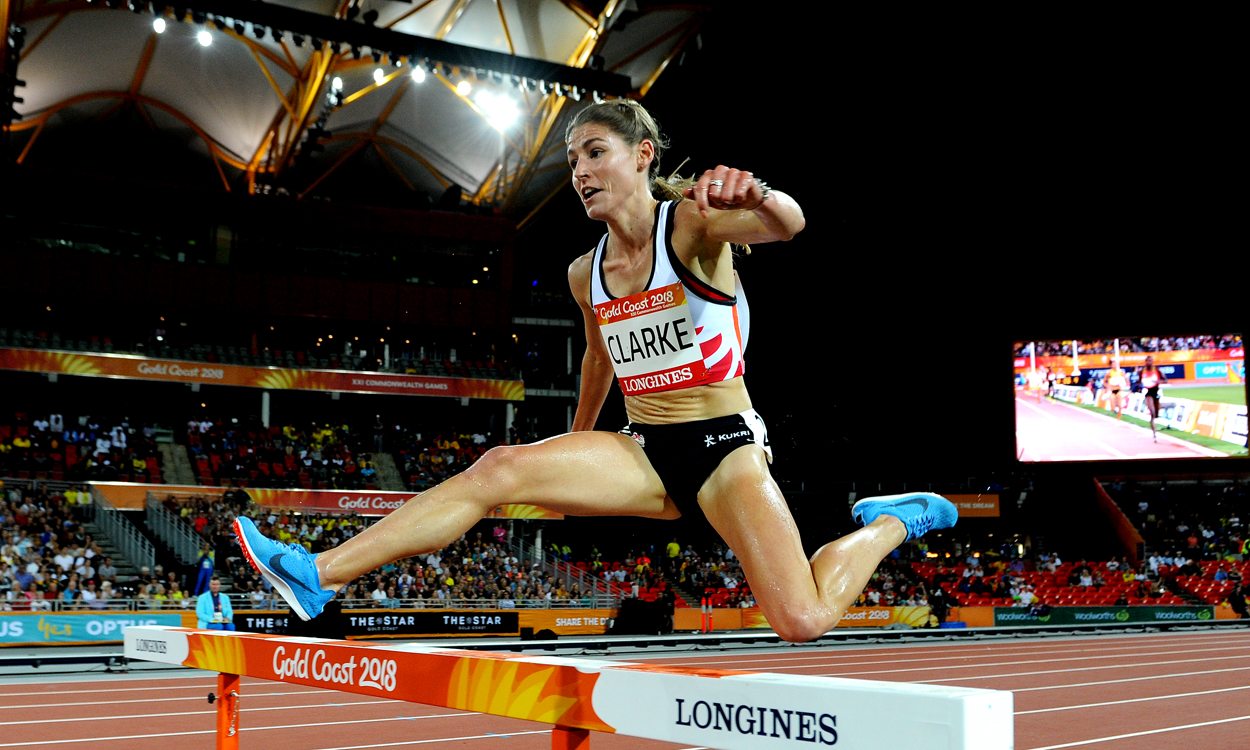 Left disappointed with her performance at the IAAF World Championships last summer, British steeplechaser Rosie Clarke bounced back with a fine fourth place at the Gold Coast Commonwealth Games and now has medal-winning and record-breaking aims for the summer.

The 26-year-old suffered two falls in her 3000m steeplechase heat in London in August but went into Wednesday evening’s Commonwealth Games final with no fear. Racing for England, Clarke clocked 9:36.29 in a strong race won by Jamaica’s Aisha Praught-Leer in 9:21.00, while Kenya’s world junior record-holder Celliphine Chespol secured silver in 9:22.61 after being overtaken in the closing stages. Reigning champion Purity Kirui was third in 9:25.74.

“Worlds was my last major steeple and that was an absolute disaster, I fell twice,” said Clarke, who transitioned to the steeplechase in 2016. “I didn’t have any fears coming into this, I just wanted to give it my best and I think I did that.

“There were a few people that were asking if I had ever steeplechased before, after that race (world championships)! So hopefully they realise that I have done now and that I do actually train quite hard.”

Filled with confidence following her performance in Australia, she now sets her sights on a podium place at the European Championships in Berlin and the British record of 9:24.24 set by Barbara Parker in 2012.

“I’ve also set the British record in my sights for this year so that’s kind of my two main aims for this season.

“I go back into training now. Once I get back from Australia I’ve got about 10 days at home and then I’m off to South Africa for an altitude stint before cracking on with the season. Hopefully there’ll be some exciting racing opportunities still to come.”