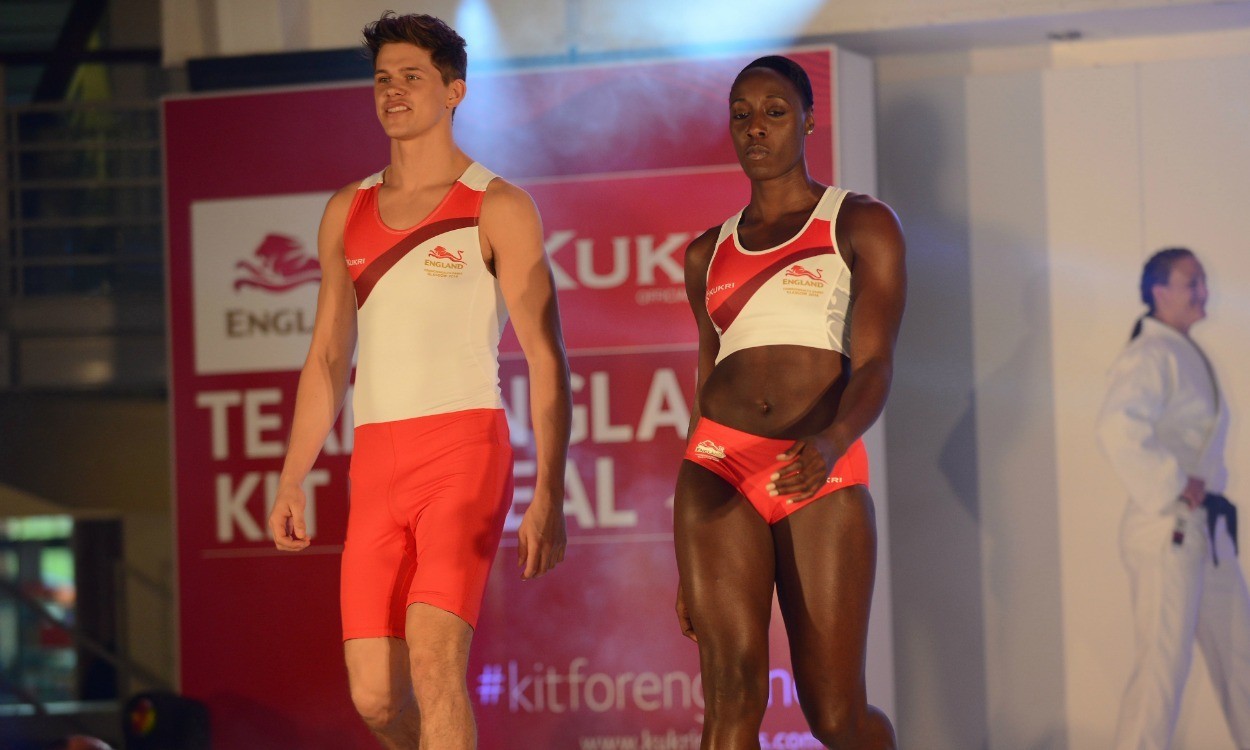 Athletes have been “at the heart of the design” of the Team England kit for the Commonwealth Games in Glasgow this summer, team Chef de Mission Jan Paterson has said.

Unveiled in Manchester on Wednesday, the red, white and maroon range will be worn by the 600-plus athletes and staff who will represent England in the Scottish City from July 23 – August 3.

Designed by official kit supplier Kukri, the pieces have been created to symbolise the attributes of strength, pride, commitment and courage, with the England Lion said to have been identified by athletes as a key symbol of the team.

Kukri will supply all of Team England’s delegation wear, competition kit and formal wear, while a replica range will be available for fans to buy via www.kukrisports.co.uk for the first time.

Kukri say they have introduced the maroon colour to compliment the traditional red and white colours of the St George’s Cross flag, the rich red alternative being synonymous with English heritage.

“Unveiling our kit is a unique moment for Team England on our journey to Glasgow 2014 and this is a very exciting day for us,” commented Paterson.

“The kit that Kukri have produced embodies what we represent as a Team and I am very proud that the athletes have been at the heart of the design of this kit.

“From the selection of Kukri to the scope of what kit was in their bag to the design itself, our athletes have led the way. We may be 17 sports, but we are united as a single spirit and our Team England kit is a true representation of that.”

Steve Way and Amy Whitehead were named as the first members of the England athletics team for the Commonwealth Games earlier this month, the duo competing in the marathon on July 27.

The full England athletics team is to be announced on June 9.

Scotland has also already named a number of athletes for the Games, with marathoners Freya Ross, Hayley Haining and Ross Houston recently added to the team to join Susan Partridge and Derek Hawkins in representing the home country in the 26.2 mile event.

The Welsh Championships and Commonwealth Games trials take place this weekend, with Sport Wales having set a medal target of four in the sport of athletics for the Games.