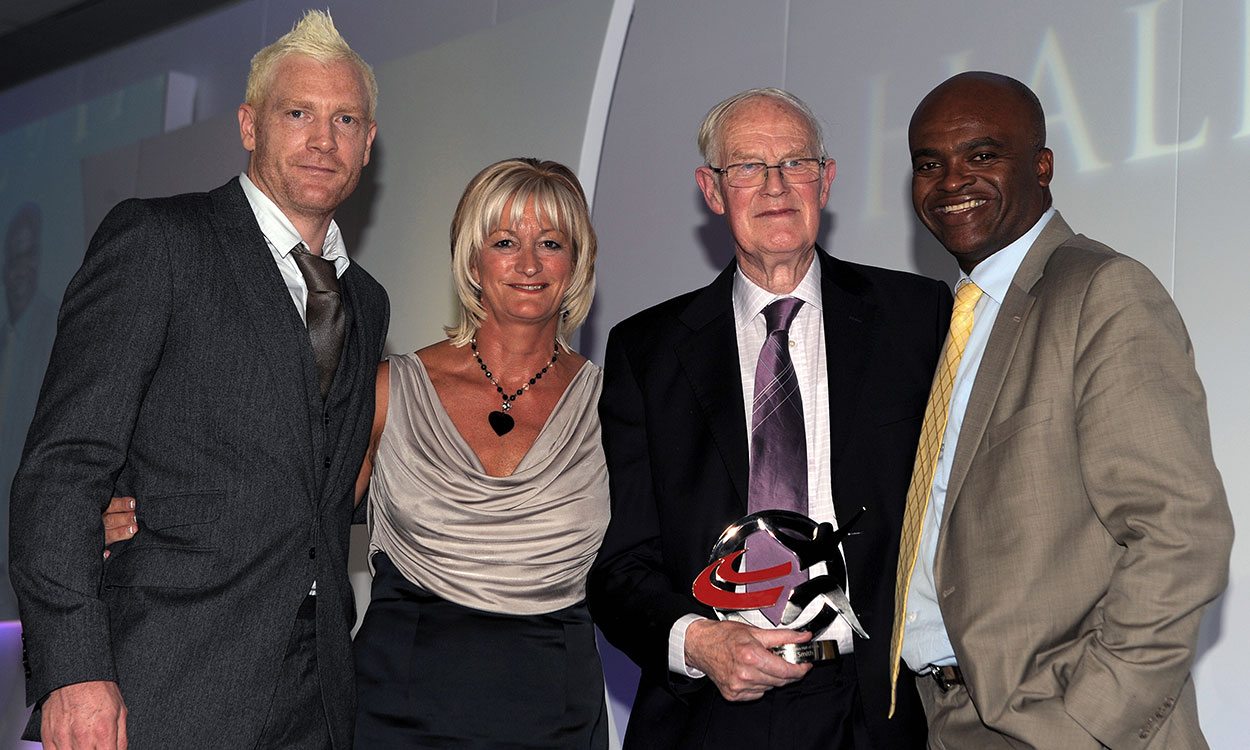 Briton who guided Kriss Akabusi, Roger Black, Iwan Thomas and others has passed away

Mike Smith was the man with the Midas Touch when it came to coaching one-lap athletes. He guided 30 athletes to medals at major championships but his most famous charges were Kriss Akabusi, Todd Bennett, Roger Black, Iwan Thomas and Donna Hartley.

The master of coaching quarter milers, the Southampton coach presided over a golden era where sub-45-second clockings by British athletes were the norm and which included the famous 4x400m victory over the United States at the 1991 World Championships in Tokyo.

In that memorable race in the Japanese city, Black led off the team before Akabusi anchored the squad to gold. Akabusi still holds the UK record for 400m hurdles today, while Black went on to win 400m silver at the Atlanta Olympics in 1996, in addition to winning European and Commonwealth titles.

Thomas’s performances have also endured and he continues to hold the UK 400m record, while Bennett won the European indoor 400m title and Hartley won the 1978 Commonwealth women’s 400m crown. Sadly, though, Bennett and Hartley predeceased their coach and died in 2013.

“As a young guy out of university I didn’t know what I was doing,” said Thomas, pictured with Hartley, Smith and Akabusi above, “but Mike literally pushed me from being a student to being British record-holder and without Mike I wouldn’t have done it.”

Individual athletes aside, during his half century as a coach he held a variety of prominent posts within UK governing bodies such as secretary of the Southern Counties coaching committee during the 1970s and 1980s and national 400m coordinator for UKA and chairman of UKA’s speed management group. Smith was no one trick pony either, for he was qualified to coach middle-distance running and jumps and in fact began life as a jumps coach. Back in 1963 he even helped start the Hampshire Cross Country League.

When once asked why he remained a coach for so many years, he said: “A form of madness, linked to masochism!”

His own athletics career had been affected by rheumatic pains from football injuries, so he instead sought to help others. He was mentored by the national coach John Le Masurier, while outside athletics he was a school teacher.

In more recent years Smith remained active as a coach and was feted at the England Athletics awards – being inducted into the governing body’s hall of fame in 2011 – in addition to earning the UK Athletics coach of the year award in 2009. He was also a contributor to Athletics Weekly where he passed on his considerable knowledge to the next generation of athletes in training articles.

In an interview with AW in 2007, he was asked what his five golden rules of coaching were and he replied: “The skill factor, most children run, jump and throw by nature. Capitalise on this and develop skills. Secondly, never stop learning – every session, every lecture, every observation can bring something new. There are none as blind as those who do not want to see because they already know it all. Thirdly, know your athlete. Everyone is different and needs to be treated as an individual.

“Fourthly, as an athlete matures, instil the work ethic. The day of the naturally talented dilettante who does not need to work has gone. Talent plus hard work is a recipe for success. Finally, enjoyment and a sense of achievement.”

Smith died on Sunday aged 88 after a short illness.

» There will be a cremation service for family and close friends followed by a tribute service to Mike Smith and his life in athletics, journalism and teaching at 2pm on Friday March 24 at Central Hall, St Mary’s St, Southampton, SO14 1NF to which all are welcome. Further information can be found on the England Athletics website here