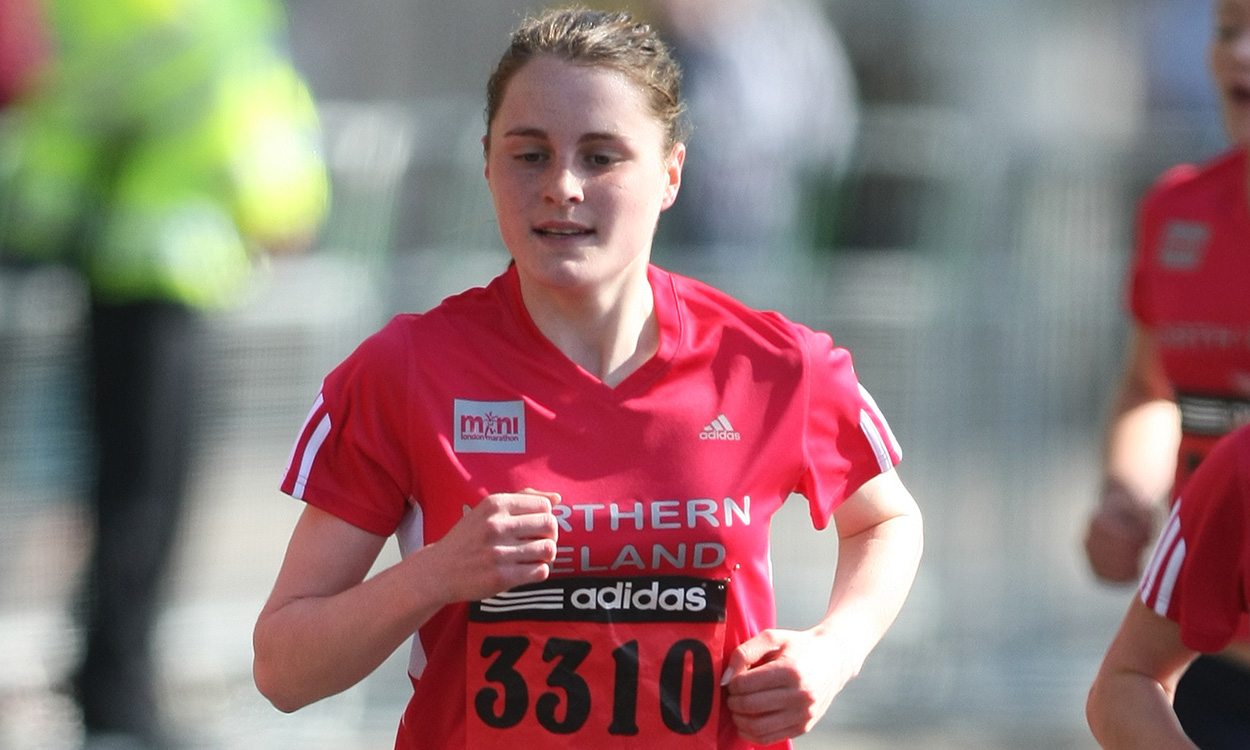 Ciara Mageean knew she was a talented athlete but until the year 2009 she didn’t know quite how good she could be, writes Ryan Goad.

Mageean, from County Down, Northern Ireland, began that year juggling her running with playing the popular Gaelic sport camogie, the female equivalent of hurling.

But by the time the Noughties ended 12 months later, Mageean was in no doubt that running was her future following a phenomenal 12 months which was kick-started by winning the 2009 under-17 women’s Virgin Money Giving Mini London Marathon.

From that victory in April, Mageean – then aged 16 – went on to win a silver medal in the 800m at the World Youth Championships in Italy, a gold medal at the European Youth Olympics and numerous Irish titles on the track.

“I think after that I thought I should stop playing camogie three times a week and start taking my running seriously,” Mageean said. “Before that I was sometimes playing a camogie match and then going to a race afterwards!”

“I was sometimes playing a camogie match and then going to a race afterwards!”

Mageean had run the Mini Marathon twice before her victory in 2009. She finished 25th in 2006 and 20th in 2007 in races won by Charlotte Purdue and Steph Twell respectively. Both those races were over the shorter 2.6-mile distance before the event was made into the three mile British Championships.

“I remember not really knowing what to expect in my first year,” Mageean said. “Heading over to London was a big deal though. I can remember my mum packing my bag and putting so many cereal bars in it there was enough for the whole team!

“It was probably my first experience of running in front of that many people. I’ve still got all the souvenirs from the three years
I took part but it was that first year that I remember being particularly awe-struck.

“There was just so much to take in. I can remember just receiving my first Northern Ireland Mini Marathon T-shirt was inspiring in itself – I’ve still got that somewhere. I can remember the huge start line, the stampede once the race got underway and just being swept along by the thrill and excitement of it all.”

Taking part in the Virgin Money Giving Mini London Marathon also gave Mageean and her Irish team-mates a rare chance to take on the best of the athletes from the rest of the UK.

She said: “In my first year I didn’t know anyone apart from the other Irish girls but as I came back for a second and third time I started to know the names of the other girls and who to look out for.

“Steph Twell was my big inspiration and she won my race in 2007. The next year she won the 1500m at the World Junior Championships in Bydgoszcz and I was 10th and I really looked up to her.

“It’s funny, we are both part of Team New Balance now and when we meet at athlete weeks, I tell her she was my inspiration – even though she was just a year older than me. And it was the Mini Marathon that enabled me to get to know Steph and the other girls better and appreciate the sharpness of competition. Before that my tactic was just to run as hard as I could until I fell over!”

By the time 2009 came around, Mageean had well and truly lost the feeling of being awe of her rivals.

“I didn’t expect to win that year because I knew there were some very good British girls in the field,” said Mageean. “But I had a plan to go out as hard as I could and see what happened.”

Another element that made the Mini Marathon experience so special to Mageean was the opportunity to represent Northern Ireland.

“You don’t get that chance very often,” said Mageean who will be representing Northern Ireland over 1500m at the Commonwealth Games, with the heats taking place on Monday (April 9).

“I’m normally running for Ireland which I love and I’m very proud to do but I’m also very proud to represent Northern Ireland and it was always great running with the girls from Ulster at the Mini Marathon.

Mageean was still a teenager when she represented Northern Ireland in the Commonwealth Games in Delhi in 2010 when she made the final and finished 10th.

She has since won a bronze medal in the 1500m at the European Championships in 2016 and made her Olympics debut in Rio the same year.

“Winning a medal at the European Championships gave me extra confidence,” she said. “I had won medals as a junior athlete but before that medal I’d struggled with injuries making the transition to seniors.

“The Commonwealth Games is a big objective of mine this year. Again I get to represent Northern Ireland and the people in my small country.

“I’m definitely confident that if I can get in the right shape, prepare well and have that bit of luck on the day, I could win a medal. I wouldn’t put myself out there if I didn’t think I was capable of it.”