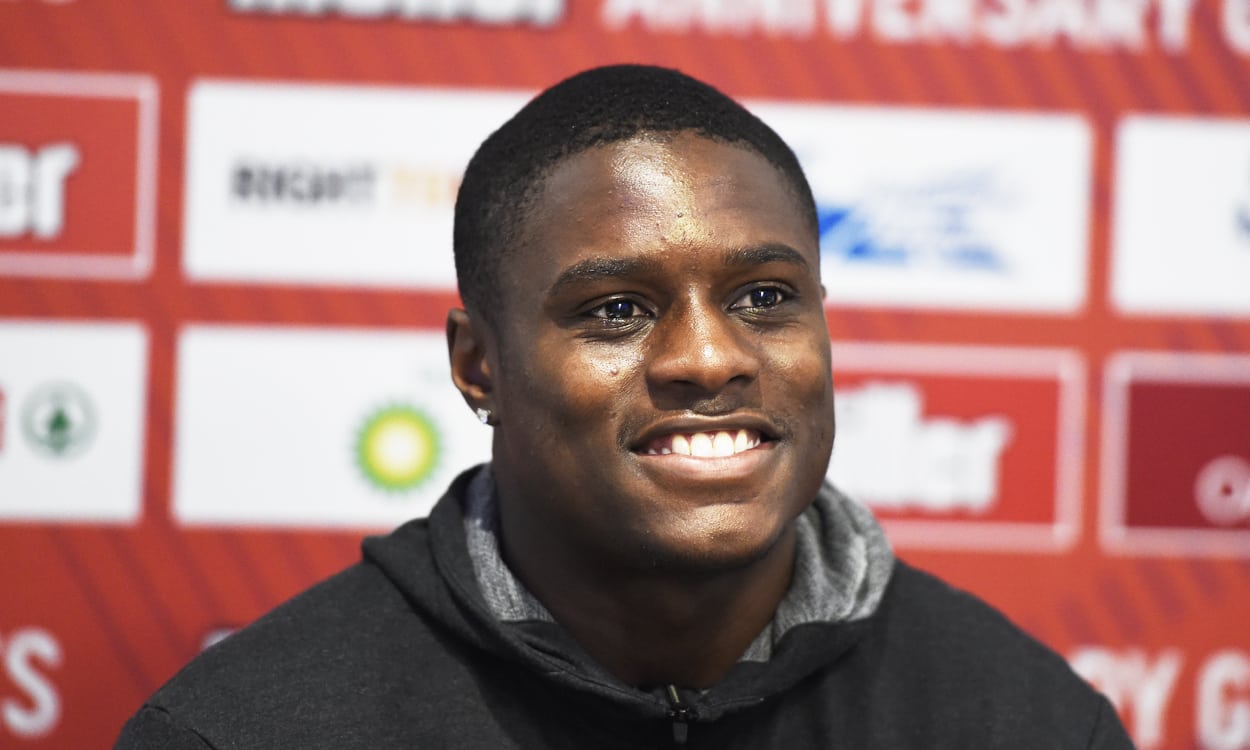 Christian Coleman says that while dealing with his recent injury was tough both mentally and physically, he never considered shutting down his season early or shying away from top races following his hamstring problem.

The world indoor 60m record-holder had to miss Diamond League meetings in Oslo, Stockholm, Paris and Lausanne but returned to winning ways in Rabat, where he clocked 9.98 to narrowly beat his fellow American Ronnie Baker.

Next up is the Müller Anniversary Games in London which gives the 22-year-old the opportunity to return to the track on which he beat Usain Bolt to world 100m silver last summer.

“It was pretty tough mentally, it was something I’ve never had to deal with,” said Coleman, describing the challenges of injury.

“Sitting out and not training, not doing anything, just doing rehab and trying to get that right. Not being able to go full speed in practice, that’s tough mentally, especially in the middle of a season and during a season where you’ve got guys running fast and you’re watching all these races with American athletes in.

“I was just blessed to have people around me that helped me realise the positive in the situation, with it being an off year and using it as a learning experience. I’ve been just trying to keep that competitive edge knowing that my time will come.

“I’ll get back to full form eventually, I just keep the faith and keep training and stay patient. It was definitely tough mentally and physically. It was just something I had to deal with and I used it as a learning experience.”

On why it was important for him to return to high-level competition as soon as he could, he added: “That’s just my competitive spirit. I was scheduled to run all these races this season and even though it didn’t go the way I wanted it to go, I hit a bump in the road, I still wanted to try and come out here and compete. That’s just the type of athlete and competitor that I am.

“I want to  go out there and see where I am against the best in the world and throw my hat in the ring and try to prove that this is why I’m in the conversation of being the fastest guy in the world.”

Saturday’s 100m will see Coleman line up for the heats at 14:35, with the final taking place 75 minutes later, and while Britain’s Reece Prescod and Chijindu Ujah are two late withdrawals, the entry list still features 11 men who have gone sub-10 seconds, including Baker, South Africa’s Akani Simbine and Britain’s Zharnel Hughes. World indoor 60m hurdles champion Andrew Pozzi is also among the entries and is set to race the 100m flat for the first time since a low-key meeting in 2011.

“I could have shied away and shut it down for the season but I love running track and I love the competitive aspect of it,” continued Coleman.

“I wanted to come out here and try to compete and see where I am.

“I love coming to London. I have great memories here.

“I’m 100% healthy. I wouldn’t say I’m at the level of fitness I was at during the indoor season but I think once I get more races under my belt and continue to train through the season, I’ll continue to get better.”