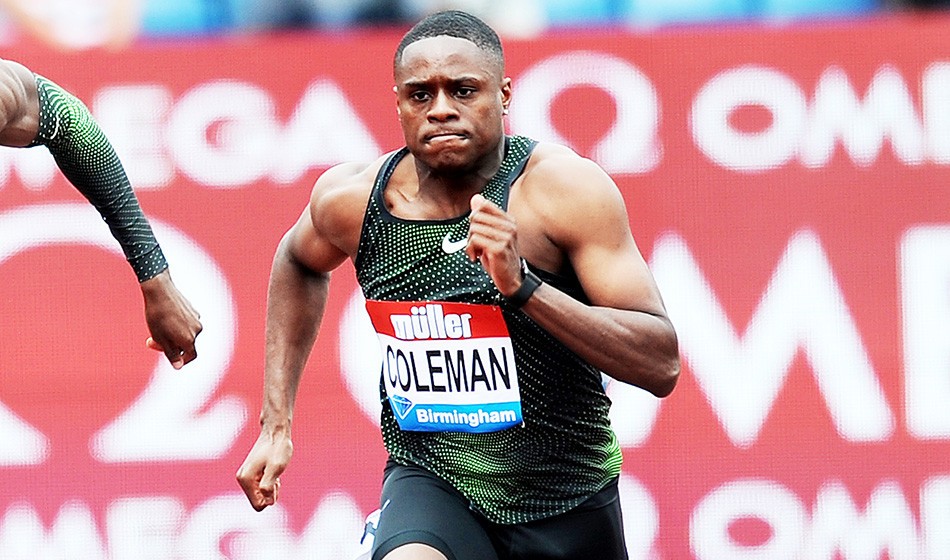 Reports that the world 100m No.1 has recorded three ‘whereabouts failures’ in 12 months

He has been the world’s fastest 100m man for the past three years but American sprinter Christian Coleman was hitting the headlines for the wrong reasons on Thursday following reports of “an alleged series of missed drugs tests”.

According to British newspaper the Daily Mail, Coleman “is disputing one of three whereabouts failures in the last 12 months”.

World Anti-Doping Agency (WADA) rules require athletes to submit their whereabouts for one hour every day, plus overnight accommodation and training information, in case they are needed for out-of-competition testing.

The United States Anti-Doping Agency (USADA) website states: “Any cumulation of three Missed Tests or Filing Failures in a 12-month period can result in a potential ADRV (Anti-Doping Rule Violation) and a period of ineligibility of up to two years for a first violation.”

In a report for MailOnline, Matt Lawton writes: “It is understood there are high level ongoing discussions between WADA, USADA and the IAAF’s Athletics Integrity Unit about the case, with Coleman’s own legal team disputing at least one of the alleged whereabouts violations.

“There appears to be an issue because while all tests fall under WADA’s Anti-Doping Administration Management System, at least two different testing bodies are thought to be involved.”

Coleman, who has run 9.81 for 100m this year and broke the 60m indoor world record with 6.34 last year, had been due to compete at the Müller Grand Prix in Birmingham on Sunday but withdrew and in a statement said: “As a result of complications occurring after practice this week, I must limit my competition schedule going forward. Being totally prepared to compete in the 100m, 200m and 4x100m relay at World Championships has to be my primary goal.”

The Athletics Integrity Unit says it is not able to comment on such matters, while USA Track & Field has not yet responded to AW‘s request for comment.