Chris O’Hare is “ready to roll” at the Millrose Games 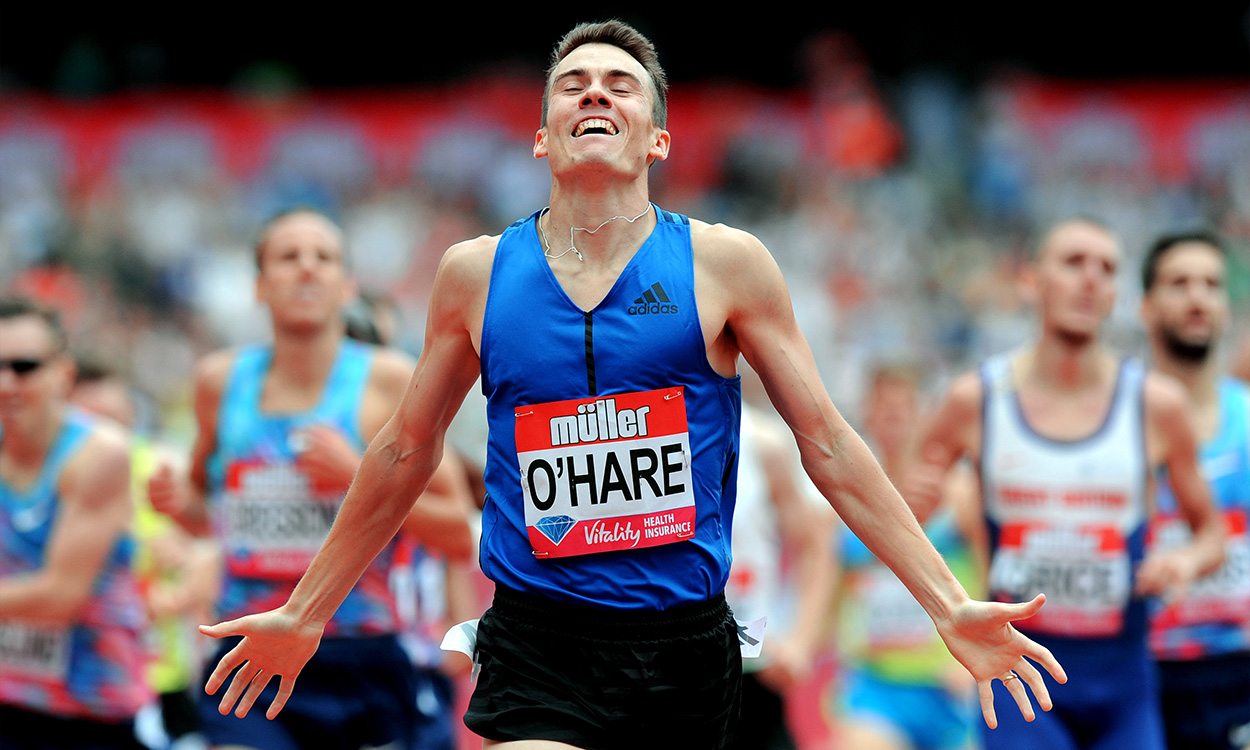 Chris O’Hare insists he is “ready to roll” as he prepares to begin a busy year with the Wanamaker Mile at the NYRR Millrose Games on Saturday (February 3).

The 27-year-old had a 2017 to remember, with highs that included becoming 1500m British champion and breaking the long-standing Scottish record by clocking 3:33.61 at the Monaco Diamond League meeting. There was also, however, the painful low of finishing 12th in the IAAF World Championships final in London when pre-event hopes had been so high.

Yet the new year brings fresh challenges. The Commonwealth Games and European Championships lie in wait in the coming months, while first will come a tilt at the IAAF World Indoor Championships in Birmingham.

O’Hare is itching to get out and compete again at an event he knows well in New York – he was third on his last appearance in the event in 2016 – but it’s not just the famous city he is looking forward to seeing.

Having spent the past month at a training camp in Flagstaff, he has been away from wife Meredith and 16-month-old son Ronan and there will be a reunion of the O’Hare family in the Big Apple.

“I’m getting excited to race now,” says the Edinburgh AC athlete. “I’m looking forward to the Millrose Games a lot. It’s always a good meet and it’s always exciting to get there and get going with it.

“Meredith and Ronan are coming up to New York as well so that will good to see them after about a month. It will be a good weekend for sure.”

O’Hare concedes that, with his son growing up quickly, time away is something that is increasingly difficult to deal with. However, it also serves as a reminder and incentive not to take his eye off the ball when it comes to his day job.

“It’s definitely harder to be away,” he adds. “It was hard last year, too, but (at that stage) Ronan didn’t really have a personality yet. This month has been harder – he’ll talk to me on facetime and stuff like that and then you hang up and it’s heartbreaking but it’s part of the job so you’ve just got to get on with it.

“It definitely reminds you never to waste a workout or a run. It puts an emphasis on the fact that you’re here for a reason and you don’t want to waste any time when you’re away from family. You have to get the work done.”

A lot of that work has been getting done in the company of some fellow Scots over the past few weeks. Given that they share the same coach, Terrence Mahon, O’Hare was joined in Flagstaff by Andrew Butchart and Lynsey Sharp.

“Lynsey, Butchy and I rented a little house so we’ve been living together,” says O’Hare, who has moved from his previous base in Boston back to Tulsa, where he trained and went to university. “It’s been good and very relaxed.

“Last April, pretty much the whole of British Athletics was up here but, this time, it was really just our group there, along with a few guys from all over the US, so it’s been a good, smaller group.”

He insists the training has been working too. Ahead of the Wanamaker Mile race that will also feature Britain’s Josh Kerr and Charlie Grice, as well as New Zealand’s double Olympic medallist Nick Willis, O’Hare adds: “I feel fitter now than I felt in the summer last year. I’m ready to roll, it’s just a case of what kind of race it is. We’re prepared for most things now but it will be a good gauge to see what else we need to sneak in before the trials and World Indoors.

“It’s always a pretty quick race so it will be good to just jump on the rabbit, go with it and see what happens.”