Charlie Grice on his magical metric mile in Monaco 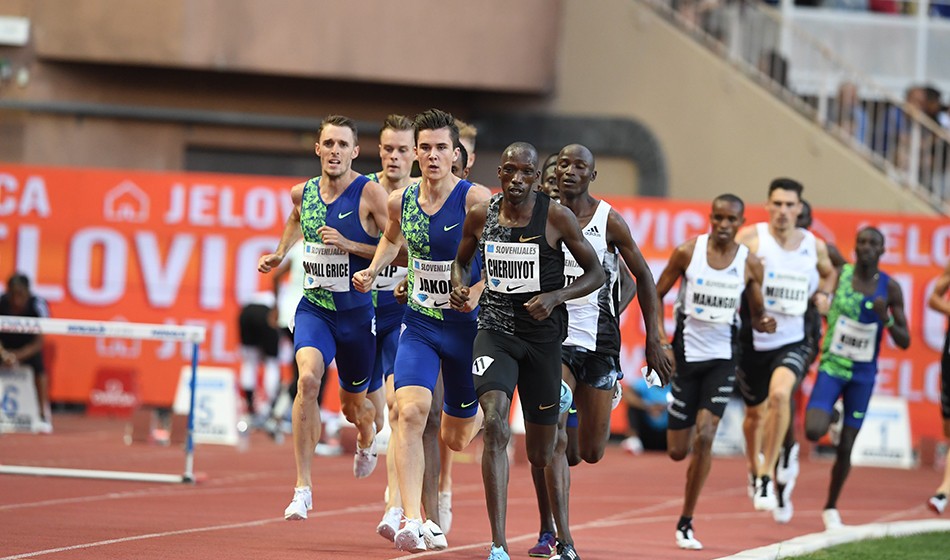 Beating Steve Ovett’s 1500m time in Monaco was a performance a decade in the making, Charlie Grice tells AW

Ten years ago Charlie Grice appeared in AW’s ‘rising stars’ magazine column as a promising 15-year-old middle-distance runner and spoke about his ambition to one day emulate the achievements of fellow Brighton Phoenix clubmate Steve Ovett. At the time Grice’s 1500m PB was 3:58.35 and a few months earlier he placed a mere sixth in the English Schools final, but this month he achieved his dream by beating Ovett’s best time of 3:30.77 with 3:30.62 in Monaco.

Ovett’s mark was a world record in 1983, whereas Grice’s performance places him No.4 on the UK all-time rankings behind Mo Farah, Steve Cram and Seb Coe – all of whom have broken the 3:30 barrier – and puts Grice in the frame for a potential podium place at the IAAF World Championships in Doha this year, not to mention the Tokyo Olympics in 2020.

“I’m very aware of the history,” he says, “and ever since I spoke to AW for the article all those years ago that mentioned what Steve Ovett had done, his time has been ingrained in my head so to get it is like a dream come true.”

Grice says fellow Phoenix member Paul Collicutt keeps Ovett and his former training partner Matt Paterson up to date with results and adds: “The whole club was excited to see me race in Monaco because they knew I was in good form. Paul called Steve straight away without realising it was early hours of the morning in Australia and I think Steve was out for dinner but he replied with a few words saying ‘congratulations’.”

Since that early article in AW, the past decade has seen Grice change his name to Charles Da’Vall Grice. After that early sixth place in the English Schools final, he later went on to win two English Schools golds and a bronze medal in the 2010 Youth Olympics in Singapore at 1000m. In 2013 he took silver in the European Under-23 Championships at 1500m as his improvement continued under the coaching of Jon Bigg. Several British 1500m titles followed and in 2016 he reached the Olympic final in Rio, placing 12th in a slow, tactical race won by Matt Centrowitz.

That same year he ran 3:33.60 for 1500m – again in Monaco – and that time survived as his PB until last week when he sliced three seconds off his best. “I think I’ve been capable of this kind of time on paper,” he says, “but it’s just been a case of actually putting it down.”

Amazingly his performance was achieved despite spending much of the spring period wearing a protective boot due to injury. “I tore my plantar fascia tendon after the indoors and I was in a boot for two months,” he explains, “so to be running this well off that kind of build-up is great.”

He jokes: “Running less is the way forward! I went away to Flagstaff in May and was out there for five and a half weeks and raced in Portland (June 9) but at the start of the camp I was only allowed to do 100m strides in my heavy running shoes in 15-16 seconds so I had to take baby steps. Then out there I got pretty fit.”

When he was injured he kept fit doing cycling in a home-made altitude chamber in England, plus swimming. “I guess I’ve also had years of training banked and am lot stronger,” he says.

UPDATE: I’ve had to withdraw myself from Europeans next week due to a busted plantar fascia tendon. As elite athletes there are really only two competitions a year that we try to get ready for and Glasgow next week was one of them. Birmingham was unfortunately one race too many and I’m forced to rest up with a torn plantar! Hoping @chrisohare1500 @andybutchart can make the 🥇🥈. You’ll find me at the pool 💧

Since his teenage years he has increased his mileage gradually every year under the patient supervision of Bigg and he has been a regular at British Athletics altitude camps where, compared to some athletes, he is recognised as being a big ‘responder’ to altitude work.

“Nothing happens overnight,” he says on his training and improvements. “It’s taken years and years of hard graft. Jon (Bigg) was always very good back then in holding me back. I would always want to do more and more but he had a long-term plan for me.

“I’ve had a lot of messages from people wanting to know what training I’ve done in the past few weeks but it’s not about that. It’s about the months and years leading up to a race. It’s quite funny how people always think there’s some kind of magic session or a magic camp where you can go away on one altitude camp and then you’ll run amazingly.”

Grice is speaking to AW from St Moritz, where he is enjoying a few days of training at altitude with friend and training partner Adam Clarke, among others. Rather than being homesick or treating it as ‘work’, Grice says he enjoys the lifestyle of training camps. “I like being away at altitude,” he says. “No distractions. Simple living. Plus St Moritz is such a beautiful place and it’s good to hang out in places like this with mates like Adam.”

Being an elite athlete also often means there is uncertainty when it comes to racing and Grice only got a last-minute invite to the 1500m in Monaco. The new world rankings system means he has struggled to get into Diamond League races lately and instead has raced in meetings in places like Watford and Marseille, although he does not necessarily think it has done him any harm. “It’s good for confidence to get some wins,” he says.

He also feels his 3:33.60 in Monaco in 2016 hinted at more to come. “When I ran that time I was overtaking Mo (Farah) on the back straight and got this sudden surge of ‘wow’ and thought ‘is this really happening?’ I remember my hand then clipping Mo’s trail leg and I nearly tripped him and then I bolted off and died the last 100m (Farah finished fifth and Grice ninth). I was on for about 3:32 but I faded and loads of runners came past me.”

Similarly, he feels his 3:30.62 in Monaco last week was not perfect and suggests there is more to come. “I was running a little wide at some points and I got a load of spike marks up the back of my leg because I was running into the back of people a little,” he says.

It also wasn’t perfect that his coach was unable to watch him. Bigg was at the European Under-23 Championships in Sweden and stayed in a hotel near to Stockholm so he could potentially fly to Monaco, but close to the event he realised it was impossible to get there in time so he watched on a live stream instead.

In addition, Grice could barely have picked a worse weekend to run his fast time. With Wimbledon, the Cricket World Cup and British Grand Prix it meant athletics was drowned by other sports and struggled to get any coverage. “I think back in the day they stopped the news to play these big races whereas athletics doesn’t really hold any real weight these days,” he says. “It is a bit annoying but I guess it is what it is.”

If his form continues, though, he will surely get the recognition eventually. His next big target is the Müller British Championships in Birmingham where he will face one of the strongest fields of the weekend – including Josh Kerr, Chris O’Hare and Jake Wightman – in the battle for Doha qualification.

“I can’t wait for it. I hope it’ll be a good turn-out,” he says. “You go to Birmingham and sometimes it’s not a great atmosphere. Races like Highgate have shown what more can be done. But the British Champs has the potential to be a crazy race with six or seven people with the qualifying time and that’s what my focus will switch towards soon.”

So what motivates him most in future? More fast times and records, or a podium place at a global championship? Without hesitation he replies: “Definitely medals. Fast times are great and I’ll 100% be going for a British record one day. It probably won’t happen this year with this weird season. But myself and Jon have always said it’s all about the medals.

“The next two years are huge with a Worlds and Olympics and the 1500m time the other night shows that I can be in the medals.”