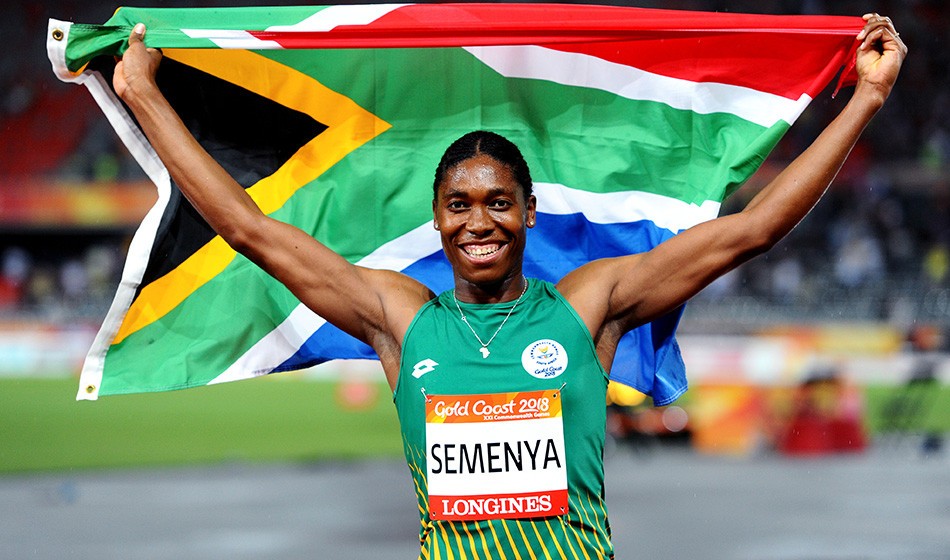 As the Court of Arbitration for Sport (CAS) this week hears Caster Semenya’s appeal against the IAAF’s proposed new rules on female classification, the varied reaction from across the globe further highlights the complexity of the case and how widely opinion is divided.

World marathon record-holder Paula Radcliffe and tennis great Billie Jean King are among those to have spoken out, with Radcliffe saying the effects of elevated testosterone on performance “can’t be ignored” and King describing any requirement for naturally high testosterone levels to be lowered with medication as “barbaric, dangerous, and discriminatory”.

In April it was announced by athletics’ global governing body that female athletes with naturally high testosterone levels would have to race against men or switch events unless they take medication under proposed new eligibility regulations for female classification.

But South Africa’s two-time Olympic and three-time world 800m champion Semenya is seeking to overturn the introduction of these rules at the CAS, where the case will be heard until Friday. A verdict is expected by March 29.

Last week the IAAF rejected reports that it planned to argue that Semenya should be classed as ‘biological male’ at the landmark CAS hearing.

Prior to the hearing, Athletics South Africa and Semenya’s lawyers accused the IAAF of breaching confidentiality rules as the governing body published details of the team which would be providing evidence at CAS in support of the IAAF regulations.

In a press release naming the team, the IAAF added: “The female category in sport is a protected category. For it to serve its purposes, which include providing females opportunities equal to males, it must have eligibility standards that ensure that athletes who identify as female but have testes, and testosterone levels in the male range, at least drop their testosterone levels into the female range in order to compete at the elite level in the female classification.

“This standard is necessary to ensure fair competition for all women. Indeed, without it, we risk losing the next generation of female athletes, since they will see no path to success in our sport.

“The IAAF is confident that the scientific basis by which it has defined the limits of the category – limits which will apply equally to all competitors – will stand up to challenge in the Court of Arbitration for Sport (CAS). ”

Whatever the CAS verdict, it is set to shape the future of sport and women’s sport across the board. Many believe female athletes with naturally high levels of testosterone should not be discriminated against, while others feel women with lower levels of testosterone will have little chance in middle-distance races if the IAAF loses its case.

In a message posted to Twitter on Wednesday, Radcliffe wrote: “This issue so complex. It’s nothing to do with racism, feminism or about the genetic advantage of a single person.

“The effects of elevated testosterone on performance can’t be ignored. I truly believe this is in the interests of protecting female athletes’ rights and competition.”

In a separate Twitter post reply, she added: “The biggest issue is that this is not about one person. Caster has become the figurehead but if this was a one off genetic difference we wouldn’t be in the situation we are today. The future could be women with normal testosterone levels never making a world final.”

This issue so complex. It’s nothing to do with racism, feminism or about the genetic advantage of a single person. The effects of elevated testosterone on performance can’t be ignored. I truly believe this is in the interests of protecting female athletes’ rights and competition. https://t.co/Z5Eo6OzfUz

In a reply to a Twitter post from Pierce O’Callaghan, who was the director of operations for the IAAF World Championships in London in 2017, Australia’s 2008 world indoor gold medallist Tamsyn Lewis Manou wrote: “I fear for female athletics if IAAF don’t win this.

“A lot have an opinion but many have not spent most their lives sacrificing, training and competing on what has not been a level playing field for so long.”

Also taking to Twitter, King showed her support for Semenya and wrote: “My friend Caster Semenya is unequivocally female.

“Forcing women with naturally high testosterone to give up ownership of their bodies and take drugs to compete in sport is barbaric, dangerous, and discriminatory.

“I stand behind her and hope she prevails.”

My friend Caster Semenya is unequivocally female. Forcing women w/naturally high testosterone to give up ownership of their bodies & take drugs to compete in sport is barbaric, dangerous, and discriminatory. I stand behind her and hope she prevails. #IAAF https://t.co/L0VZ7sg2xC