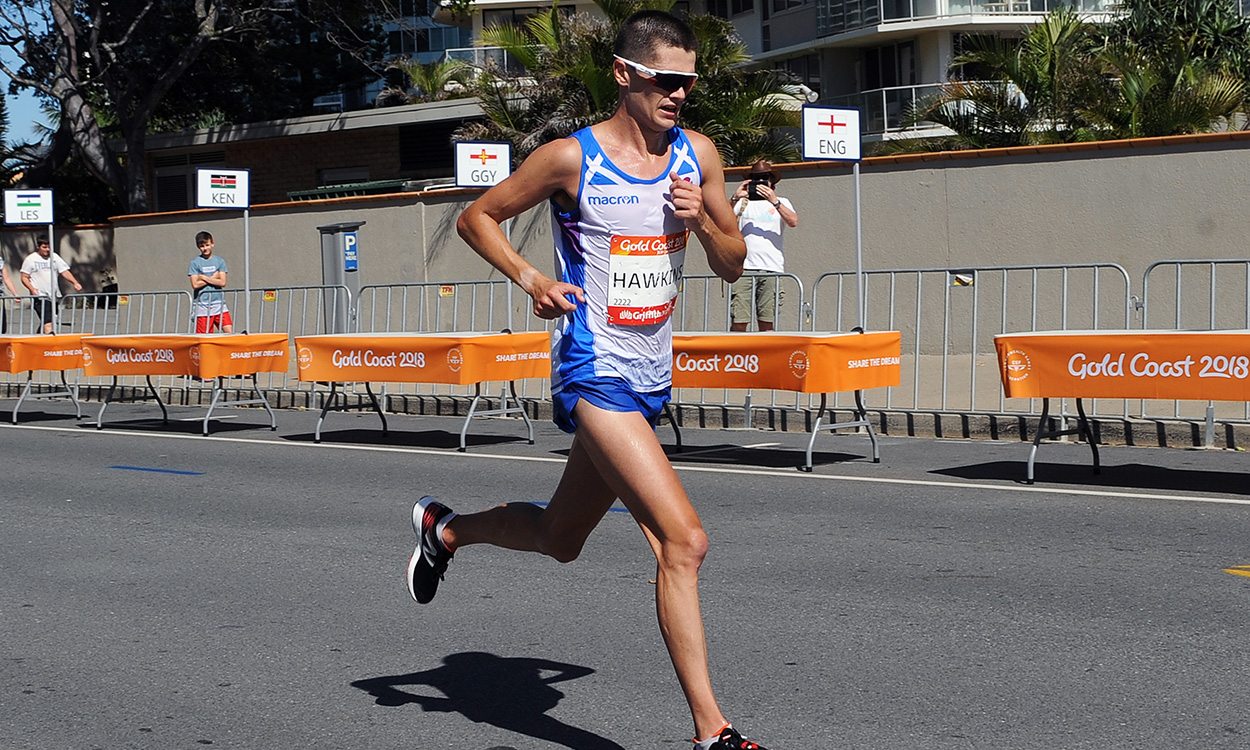 Seven days after collapsing in the heat while leading the marathon at the Commonwealth Games in Australia, Callum Hawkins looked healthy and happy when talking at a New Balance event in London.

In a question and answer session hosted by Tim Hutchings and including English marathon man Jonny Mellor, the Scottish athlete was in good spirits as he remembered his much-publicised fall on the Gold Coast and looked ahead to future marathons in 2019 and 2020.

“I’m starting to feel more like myself but I’m still a bit tired,” he said, although that may have had much to do with the fact he only arrived home in Scotland on Friday before travelling down to London for the British capital’s marathon weekend.

“It’s been a fairly quiet week as Team Scotland has helped to buffer a lot of the media attention and I flew back later than everyone else,” he said.

“I left Oz on Thursday and now I just have to get my head down and get over it, really.”

Has he seen the video of his race? “Yes, I’ve seen it a few times,” he said. “It’s been difficult to avoid seeing it, to be honest!”

His memories of the marathon are vague after about 35km. He was enjoying a big lead at that point but began to zig-zag across the road before falling just before the 40km point. He got up and began to try to run, but fell again and was unable to get up as Australian Mike Shelley passed him to retain his Commonwealth title.

“When I went to watch the actual footage, I remembered exactly when my legs went,” Hawkins said.

On the heat, he added: “Even talking to some Australians, they said it was a brutal day just standing there watching.”

Was he left with any cuts or bruises? “A few but they were the least of my worries,” he said. “I’ve got a few scrapes on my knees and legs and not too much.” 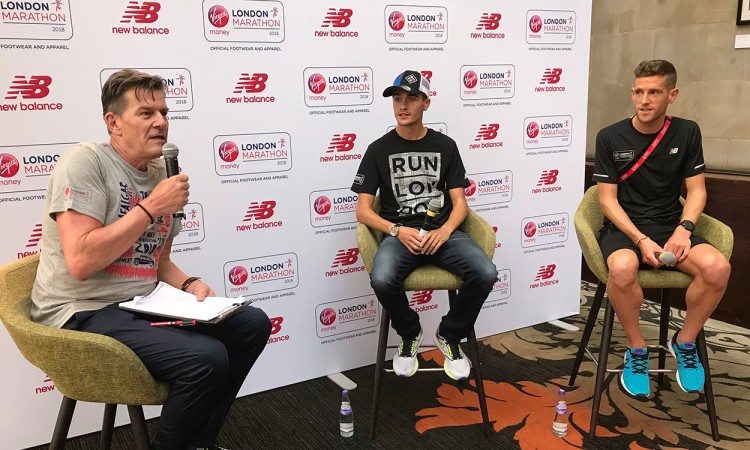 Obviously he isn’t back training yet either. “The doc said to double the time of rest I’d usually have after a marathon, so probably I’ll have three to four weeks off, although I hope to get on the bike in the next week to get my legs moving. But it won’t be anything strenuous.”

Of course Hawkins ran well in the heat at the Rio Olympics when he led at halfway before finishing a fine ninth.

“I’m usually very good at listening to my body,” he explained. “I’ve trained in places like Majorca and I know the point where my body starts to over-heat.

“The strange thing about the Gold Coast is that I never felt that ‘point’. It felt tough out there, but the marathon does feel tough when you get to 35km.”

In 2004 Paula Radcliffe suffered in the heat at the Athens Olympics but bounced back to win the world title in Helsinki the following year. This gives Hawkins cause to be optimistic but he has not given much thought yet to which marathons he might tackle in 2019.

When told the IAAF World Championships in Doha might stage marathons at night time, for example, he said he was unaware of the timetable.

“I’ll do another marathon next year, but I don’t know which one yet,” he said. “To be honest I don’t even know what I’m going to be doing through the rest of this year yet.

“One thing I do know is that it’ll be focused on Tokyo (2020 Olympics) and trying to qualify for that.”

Hawkins has also been chosen to start the Mini London Marathon on Sunday. The youngsters won’t have too much trouble racing over three miles from 8.40-9.30am but runners in the full marathon might find the predicted heat an issue later on in the day.

If so, as someone who struggled in the heat so much the previous weekend, what is Hawkins’ advice?

“I found out the hard way last weekend to be honest!” he grinned. “Just make sure you adjust your pace and don’t keep pushing like I did!”