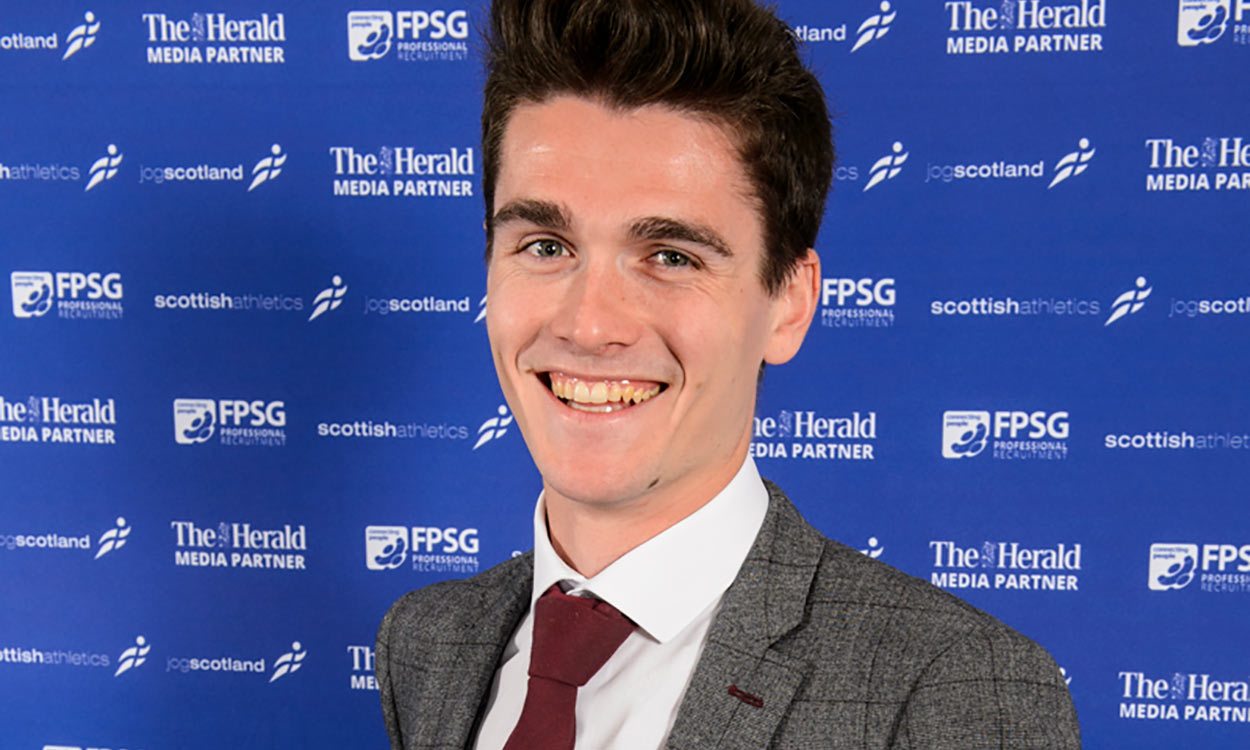 Sammi Kinghorn is named para athlete of the year, while Jemma Reekie receives under-20 honour at the Scottish Athletics awards evening

Callum Hawkins has been named the FPSG Scottish athlete of the year at the Scottish Athletics awards dinner in Glasgow.

The Kilbarchan AAC marathoner beat strong opposition for the honour, which he received on Saturday evening after flying in from altitude training in the Pyrenees, following a stellar year which saw him finish fourth at the IAAF World Championships in London and set a Scottish half-marathon record.

“I am absolutely delighted to win the FPSG athlete of the year award for 2017,” said Hawkins.

“It’s a great honour because I think everyone knows that Scottish athletes have been performing really well and there are some very talented and successful athletes on the shortlist.

“So thanks to those who made the selection and to Scottish Athletics and their sponsors for the award – the reception on Saturday night at the FPSG awards dinner was a special moment.

“I took a lot of confidence into 2017 after winning bronze at the Euro Cross last December and then running well at Holyrood Park at the start of the year.

“It wasn’t beating Mo Farah, because I don’t think he was really in shape at that time and it would be wrong to claim otherwise, but it was the performance and going so close to winning that day which added to my belief for 2017.

“Then the two half-marathons in Japan and New York set me up for the summer in London. Overall I have to be pretty satisfied with the way the year unfolded.

“Now it is all about getting ready for the Commonwealth Games marathon and seeing what I can do out there in April.”

Making it a double for the Hawkins family, Hawkins’ father and coach Robert landed the performance coach of the year award for 2017.

Scottish Athletics performance director, Rodger Harkins, was part of the selection panel who chose the shortlists.

“Callum is quite new to the event, which is easy to forget,” he said.

“Don’t forget, the period being looked at includes an individual medal at the Euro Cross in Chia, which was a first for a Scot at senior level. And also a national record 60:00 in Japan for the half-marathon – two really good performances. So it is not about just one performances over the year that is being assessed.

“It has also been a post-Olympic year and you would not always expect people to peak again so high and so often in that year. Callum was operating at a high level in 2016 but arguably this year he’s moved it forward again and underlined his global credentials. That’s to his real credit.

“He has great coaching support and family support from Robert and from his brother Derek and the rest of the family and I am sure that has helped, too.

“Unlike a lot of athletes, he seems to intuitively listen to his body and tends to know how he is running without recourse to the watch or to what training partners or rivals are running. What I mean is: he has done a lot of this hard work out on his own.”