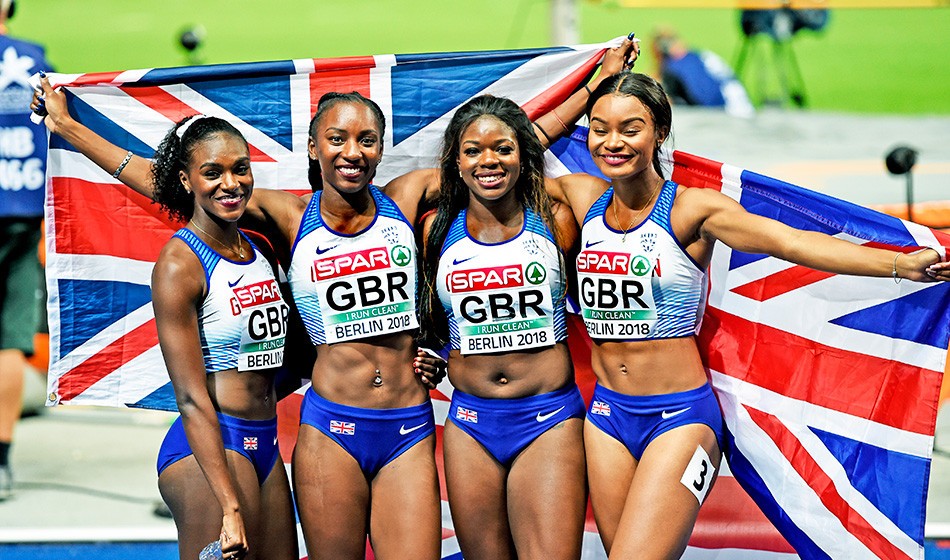 Dina Asher-Smith, Mo Farah, Kare Adenegan and Jonnie Peacock are among the 114 athletes to have been offered membership to British Athletics’ World Class Programme (WCP) for 2018-19.

The World Class Programme is UK Sport’s National Lottery-funded initiative and membership for 2018-19 is based upon an athletes’ potential to win a medal at the Tokyo 2020 or Paris 2024 Olympic or Paralympic Games.

Asher-Smith is among the sprinters listed for Olympic Podium level support after a year in which she claimed a European Championships treble, winning gold in the 100m, 200m and 4x100m relay, and also put herself top of the world rankings in those events, having improved her British 100m and 200m records to 10.85 and 21.89 respectively.

Added to that, the 22-year-old claimed Commonwealth relay gold and 200m bronze for England and finished second in the Diamond League 100m.

World indoor 60m hurdles champion Andrew Pozzi, who has recently switched coaches to work with Santiago Antunez in Formia, Italy, is included in the Olympic Podium Potential list, but fellow sprint hurdler Cindy Ofili, who returned to action over the summer after a year out due to a ruptured Achilles, does not retain her place on the Olympic Podium list. European 400m hurdles bronze medallist Meghan Beesley also does not feature.

Harry Aikines-Aryeetey, who anchored England and GB to Commonwealth and European 4x100m titles respectively this year, was not included on last year’s World Class Programme and is again among those to miss out.

“The past 12 months have been filled with vital competitions as we head towards Tokyo 2020 and a whole host of athletes have risen to the challenge and demonstrated their quality when it matters most,” said British Athletics performance director Neil Black.

“The 114 athletes being offered membership on to the World Class Programme for 2018-19 reflects the great amount of strength we possess building towards Tokyo 2020 and beyond that towards Paris 2024.”

On Farah’s continued membership on the World Class Programme, he added: “Mo has had a fantastic first year concentrating on road racing as we knew he would. His performances in London and Chicago were what we expected of a truly world class athlete. We will continue to support Mo in his ambitions and we look forward to potentially welcoming him on to the British team for the IAAF World Championships in 2019 as part of his preparations for the marathon at Tokyo 2020.”

British Athletics Paralympic head coach Paula Dunn said: “Once again I’m delighted that we are offering membership of World Class Programme to such a strong cohort of athletes.

“After a successful World Para Athletics European Championships and Commonwealth Games in 2018, we have been able to add six high-quality athletes to the Programme who have achieved excellent progress throughout the year.

“We have a depth of strength throughout the Programme which sets us up for not only the World Para Athletics Championships in Dubai in 2019 and the Paralympic Games in Tokyo in 2020, but the next cycle as we head towards Paris 2024.”