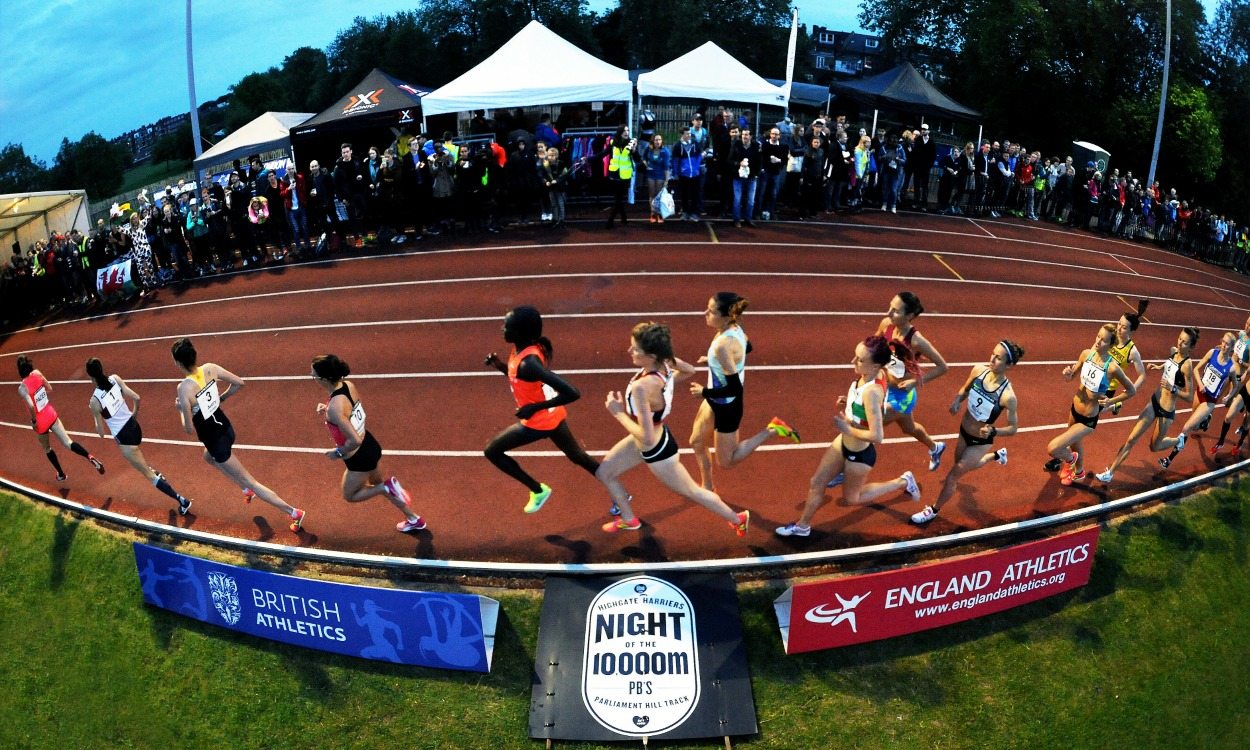 Night of the 10,000m PBs to create overhead pathway for spectators to access in-field at May 19 meeting

Online retailer Pro:Direct Running has teamed up with the Night of the 10,000m PBs to create a unique bridge to allow spectators to cross the track so they can stand on the in-field.

Fans famously take ownership of lane three during the Highgate Harriers event at Parliament Hill in London but this new move will allow increased track access will elevate the event’s already electric atmosphere.

Dan Prettejohn, Pro:Direct Running’s brand manager, said: “We’re incredibly grateful for this opportunity and I’m thankful to Ben Pochee (the organiser) for allowing us to be a part of the event in this way.

“Not only is it a great way of announcing that we’re serious about athletics, it allows us to connect people closer to the sport.”

The volunteer-powered celebration of 25-lap racing was established in 2013 with the twin goals of improving British racing standards and making 10,000m racing aspirational. It has incorporated the British Championships since 2014, when it was used as the trials for the European Championships, and was also used as the British Olympic trials in 2016 and World Trials in 2017.

“Night of the 10,000m PBs was born from a desire to improve racing standards and spectator engagement has become central to the event’s success,” says Pochee.

“It is for this reason why our 2018 partnership with Pro:Direct to create a pedestrian bridge is pivotal. True engagement means offering spectators the chance to see the racing unfold from multiple angles and improved atmosphere will further assist athlete PBs.

“Our event is powered by volunteers,” he adds. “I’m a volunteer and the event is not for profit. Our vital partnership support is invested directly into improving the event.

“I believe operating without a profit-based philosophy frees us from the standard commercial shackles and allows the event greater freedom and ability to invest in our vital bank of goodwill.”

» See the May 17 edition of AW for a preview to the event, including details of a Q&A session with Jo Pavey, Alyson Dixon and European Athletics president Svein Arne Hansen