Brendan Foster: “Sport teaches you to roll with the punches” 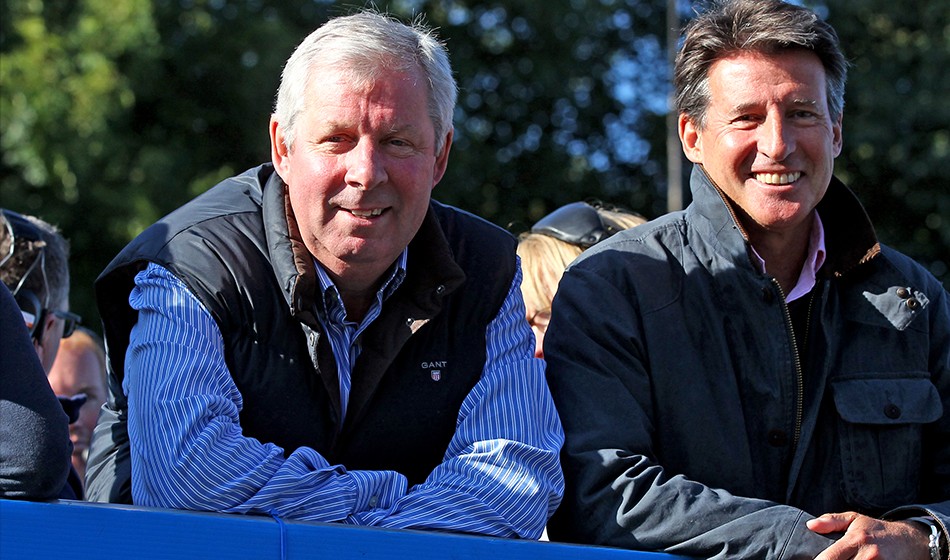 Brendan Foster has been impressed by the way athletics has started to make a comeback amid the coronavirus pandemic but says it was saddening to have to cancel his own flagship event, the Great North Run.

It was confirmed on Monday that the 40th edition of the iconic half-marathon would not be taking place in 2020 and while disappointed, Foster’s athlete mentality has helped to put things into perspective.

“It is the story of sport,” says the British distance running great (pictured above, left, with Seb Coe). “You start, you build something up, you get to the top of the pile: you win a big race or you break a world record and then three weeks later you’re at the back again because you’re injured or whatever.

“Sport teaches you to roll with the punches. You’ve got to enjoy the ups and suffer the downs.

The 2020 Great North Run had been scheduled for September 13 as the biggest yet, with a record 60,000 participants having been set to take part to celebrate the landmark staging. Meanwhile, another of Foster’s Great Run Company events, the Great Manchester Run, was also confirmed as cancelled this week after initially having been postponed from May to September.

“Obviously, we’re saddened, because if you look at it we would have had 60,000 in the Great North Run plus 10,000 children and then 30,000 participants in Manchester, so we’re talking about 100,000 participants,” Foster explains. “To lose it all in one fell swoop is disappointing and everyone in the organisation is sad and disappointed. But when you look at it, we’re not full of pain and anguish like the people who have suffered from the disease, and also, we’re not devastated like the families who have lost loved ones before their years.

“So, in perspective, it’s saddening but in the real scheme of things, we’re at the back of the queue in terms of hurt.

“Also, there’s the charities. £22 million was raised for charity last year and that has been wiped out.

“We are hurting, but we’re not hurting as badly as a lot of other people.”

“Sport teaches you to roll with the punches. You’ve got to enjoy the ups and suffer the downs”

It is a challenging time for athletes, both elite and recreational, with so much uncertainty over events but offering his advice, Foster says: “My message to them would be the same as the messages to everybody else – you have to keep going, one day at a time.

“All we can do is do today and do tomorrow, we cannot do next year. My message to all runners in the country is get today’s training done, and then think about tomorrow’s.”

The Olympic, European and Commonwealth medallist practices what he preaches, too, as day by day he has been working towards his own challenge during lockdown.

“Thousands of people have signed up to it and when they were signing up I thought, well I’ll sign up for that!” Foster says. “I signed up to do 280km in 28 days – 10km a day running and walking, because I don’t run all the way now.

“I did my 280km and my medal has just arrived. That’s the first medal I have won for many years!” 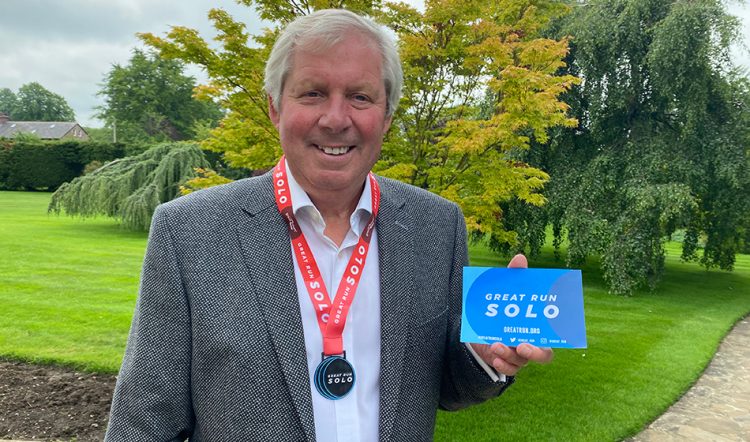 Alongside road event developments, Foster is also encouraged by the innovation he has seen within elite track and field which has meant that competition in some form has been able to return.

Reflecting on the recent ‘Impossible Games’ exhibition event in Oslo, the former BBC commentator says: “Well done to the Oslo team for coming up with a really clever solution in a very difficult situation. It wasn’t athletics as we know it, it was the Impossible Games, but it’s great to see innovation like that.

“Karsten Warholm, just watching him running was a joy,” he adds, describing a performance which saw the Norwegian star set a world 300m hurdles best.

“The pure thrill of athletic endeavour hasn’t been dampened by the coronavirus because if you look at him – if he had kept going he might have broken the world record for the 400m hurdles!

“World Athletics have done a really good job and hats off to them.”