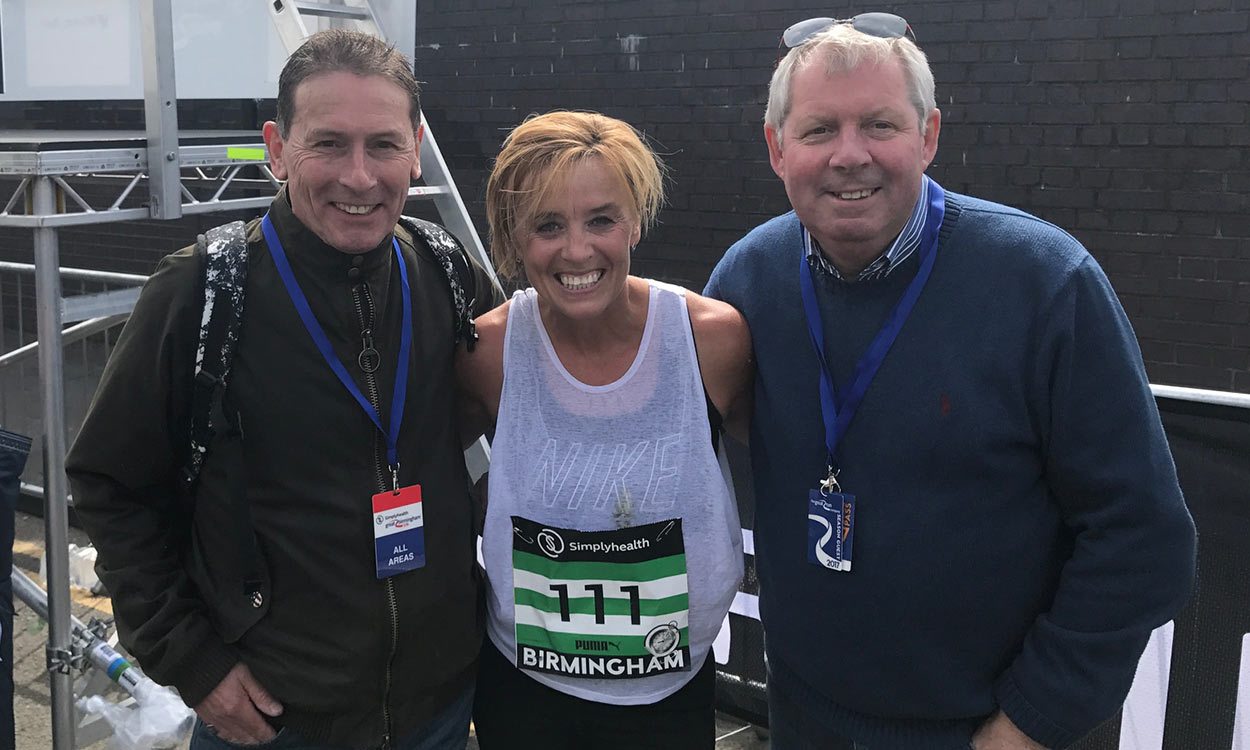 Commonwealth Games gold medallist and legendary long-distance runner Brendan Foster has been announced as the latest addition to the Birmingham 2022 bid team.

As an Olympic bronze medallist and four-time Commonwealth medallist, Foster brings valuable insight from an elite athlete’s perspective as the city continues in its bid to host the 2022 Commonwealth Games.

His contribution is further enhanced by his sports business expertise gained from founding and managing the successful mass-participation sports event company, Great Run.

It is Great Run’s involvement with the city of Birmingham, helping to build its reputation as the City of Running, that has endeared Birmingham to Foster and helped cement his support.

The 1978 Commonwealth 10,000m champion, pictured above with Ian Stewart and Liz McColgan, will shortly be hanging up the microphone as part of his role on the BBC Sport commentary team. This summer’s IAAF World Championships London 2017 will be his last major athletics event, meaning he has more time to back Birmingham’s bid for the 2022 Commonwealth Games.

“When Ian Ward invited me to join the Birmingham 2022 bid team I was delighted to accept,” said Foster.

“Birmingham is an ambitious, vibrant city with a great sporting heritage and I believe the ideal location to host such a prestigious global event.

“Our company has a strong relationship with Birmingham through organising Great Run events in recent years and in October we’ll be staging the first marathon in the city for 28 years.”

“His knowledge, both as a former athlete and as a business professional, will be a boost to our efforts. In recent years, with the Great Birmingham Run and the forthcoming Birmingham International Marathon in October, we have worked closely with Brendan and his team and have seen them deliver some outstanding events for the city.

“We have a strong team working hard to bring the Games to Birmingham. With 95% of our venues already available, combined with our expertise at delivering world class sporting events, and our position as heart of the UK, soul of the Commonwealth, we are in a good position. The more support we can get the better.”

Birmingham is up against Liverpool to become the UK candidate city to host the 2022 Games.