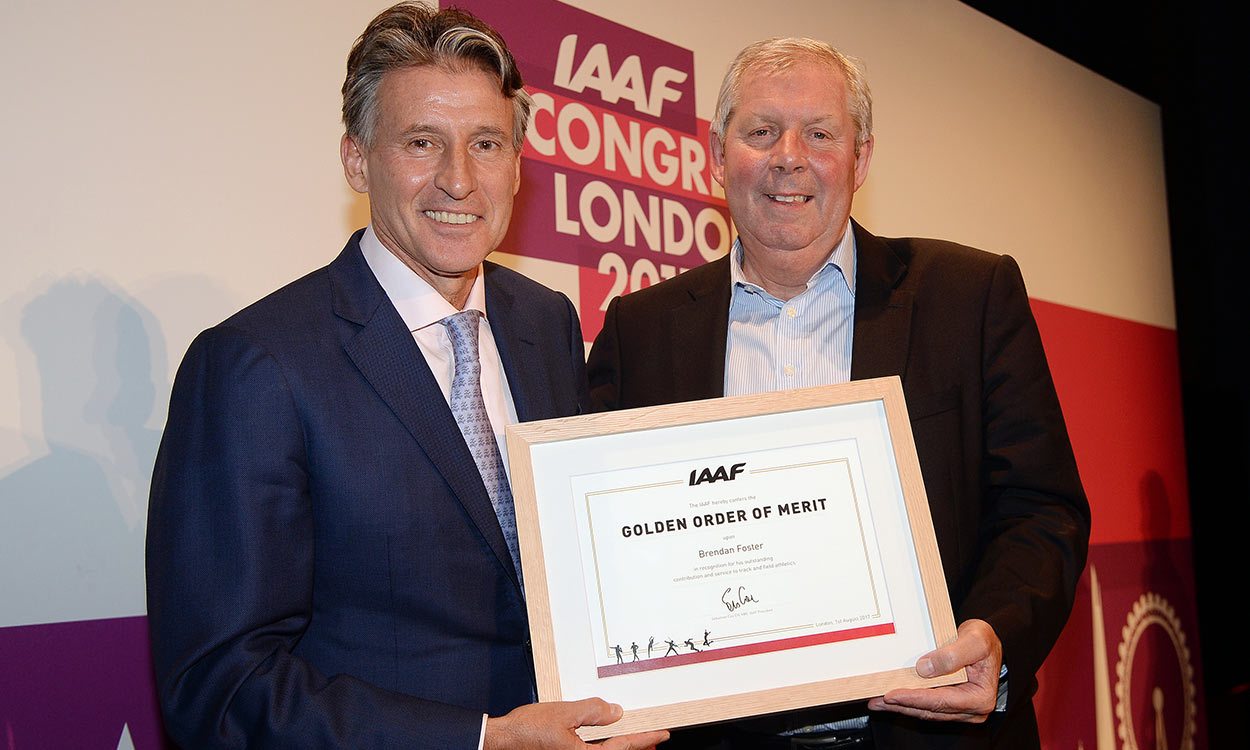 Brendan Foster has been awarded the IAAF Golden Order of Merit at a ceremony in London.

The British distance running great received the world governing body’s highest award in recognition of his major contributions to the advancement of athletics.

On the track, Foster became an Olympic and four-time Commonwealth Games medallist, winning 10,000m bronze at the 1976 Olympic Games in Montreal and Commonwealth gold in Edmonton in 1978. He also claimed the European 5000m title in Rome in 1974 and 1500m bronze in Helsinki in 1971.

Since hanging up his spikes, Foster has become one of the most distinctive voices within the sport as a television commentator – a role from which he will retire following the upcoming IAAF World Championships – and has led a running revolution in Britain as creator of the Great North Run and founder of The Great Run Company.

Foster received his award from IAAF president Seb Coe at London’s Tate Modern as delegates from more than 200 of the IAAF’s 214 Member Federations were welcomed for the 51st IAAF Congress.

The evening also included the presentation of the IAAF’s Plaque of Merit to six distinguished members of the global athletics family who have made career-long contributions to the success and the development of the sport – Fumihiro Yamasawa (JPN), Aleck Skhosana (RSA), Wilfredys Leon (VEN), Clemens Prokop (GER), Reynold O’Neal ( IVB) and Fletcher McEwen (AUS).

The day after receiving his award, Foster – whose Great Run events in Newcastle and Manchester also include innovative street athletics meetings – formed part of a panel at the IAAF Athletics Connect event which discussed the need for innovation within the sport.