Breaking2: Will the marathon barrier be breached? 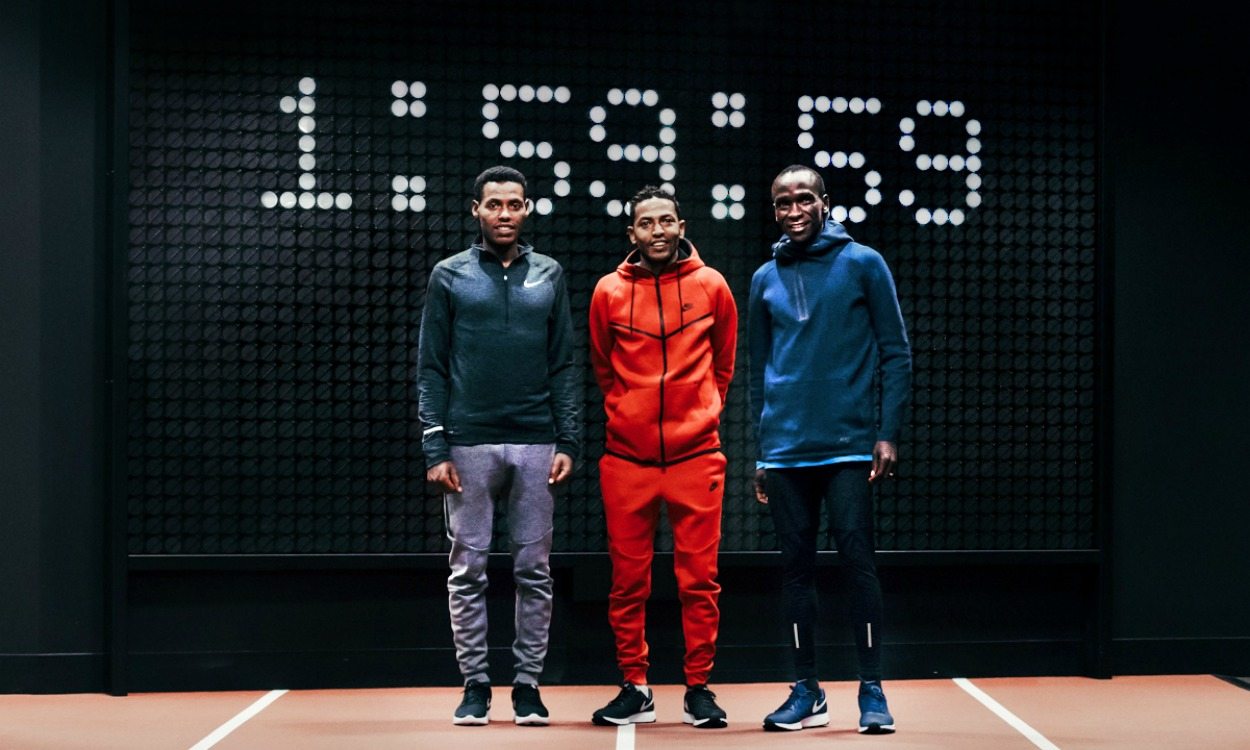 Ahead of Nike’s Breaking2 attempt, Euan Crumley looks at the possibility of a sub-two-hour marathon being achieved

At 05:45 local time (04:45 BST) on Saturday May 6, Lelisa Desisa, Zersenay Tadese and Eliud Kipchoge will step on to a famous motor racing track in Italy and attempt to do something that many believe could forever be beyond the scope of human capability.

Their goal has nothing to do with fast cars, however – this will all be about fast feet and the small matter of attempting to run a marathon in under two hours.

It’s undeniable that the odds are currently stacked against success when it comes to this marathon ambition. The hard facts behind what is required to cover 26.2 miles in less than 120 minutes take a while to comprehend.

The current marathon world record stands at 2 hours, 2 minutes and 57 seconds – set by Kenya’s Dennis Kimetto at the Berlin Marathon in 2014.

His average pace for that run was 4:41 per mile. To run 1:59:59 involves an average pace of approximately 4:35. That would mean an improvement of roughly 2.5 per cent.

Yet Nike are determined to find out if it can be done or, at the very least, how close it is possible to get to the landmark time.

They are not the only company to have such an ambition – Adidas have their own designs on being first past this particular post while there is also the sub2hr project headed by Professor Yannis Pitsiladis of the University of Brighton and involving Kenenisa Bekele – but the American sportswear giants will be the first to officially have a go.

They have used the considerable resources at their disposal to examine every single aspect of what it might take to get the sub-two-hour job done.

“The hard facts behind what is required to cover 26.2 miles in less than 120 minutes take a while to comprehend”

There was the recruitment of the athletes they thought best equipped to handle the task at hand. Kenya’s Kipchoge, who has a PB of 2:03:05, is also the Olympic champion and arguably the finest marathon runner there has ever been. Ethiopian Desisa is a two-time Boston Marathon winner while Eritrean Tadese is the current world half-marathon record-holder with a time of 58:23.

Their training, nutrition and recovery patterns have been pored over forensically with the aim of squeezing every last drop of a performance out of them. The involvement of pacemakers, drafting and energy conservation will play a hugely significant part, too.

And then there are the shoes. Many would argue this is the whole reason why Nike got involved in the first place – as a publicity stunt designed to shift more products.

Whatever their motives, the hype around not just this project but also the controversial Nike Zoom Vaporfly Elite footwear certainly won’t have done any harm to their profit margins.

The marathon course at Monza, not far from Milan, is very much out of the ordinary, too. The runners will cover just over 17.5 laps of a 2.4km circuit which has also been designed to maximise speed – the appliance of science is everywhere.

And it’s that contrived nature of such an experiment which concerns the more sceptical observers.

“It’s got positive elements and negative elements,” says Athletics Weekly columnist Tim Hutchings, former Olympian and a man immersed in world distance running through his job as an athletics commentator.

“I think all top athletes train hard to achieve a permanence in competition and win titles, win medals and break records.

“Competition is the unifying element I think of all sport, particularly in athletics and distance racing. When that unifying element gets compromised by commercial ambition or a third party’s infatuation with an alternative goal, like the sub-2, then it’s quite regrettable.” 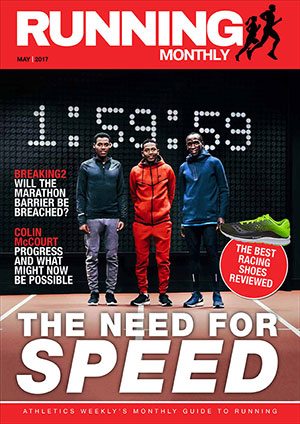 Hutchings adds: “The whole thing in Monza is very contrived. This is not a legitimate record attempt for a number of reasons – it’s just a scientific experiment. It’s too plastic, it’s not real.”

There is no doubt that going under two hours splits opinion massively. For every sceptic there is someone absolutely fascinated by this particular pursuit and wondering just where it might lead.

“The best of the best live for this,” says Sandy Bodecker, Nike’s vice president of special projects.

“The sub-two-hour marathon is the last big, once-in-a-generation barrier. It will impact the way runners view distance running and human potential forever.”

All eyes will now turn to Italy. Let’s see what happens.

» This is an extract from a four-page Running Monthly feature, included in the May 4 edition of Athletics Weekly magazine which is available to buy and read digitally here