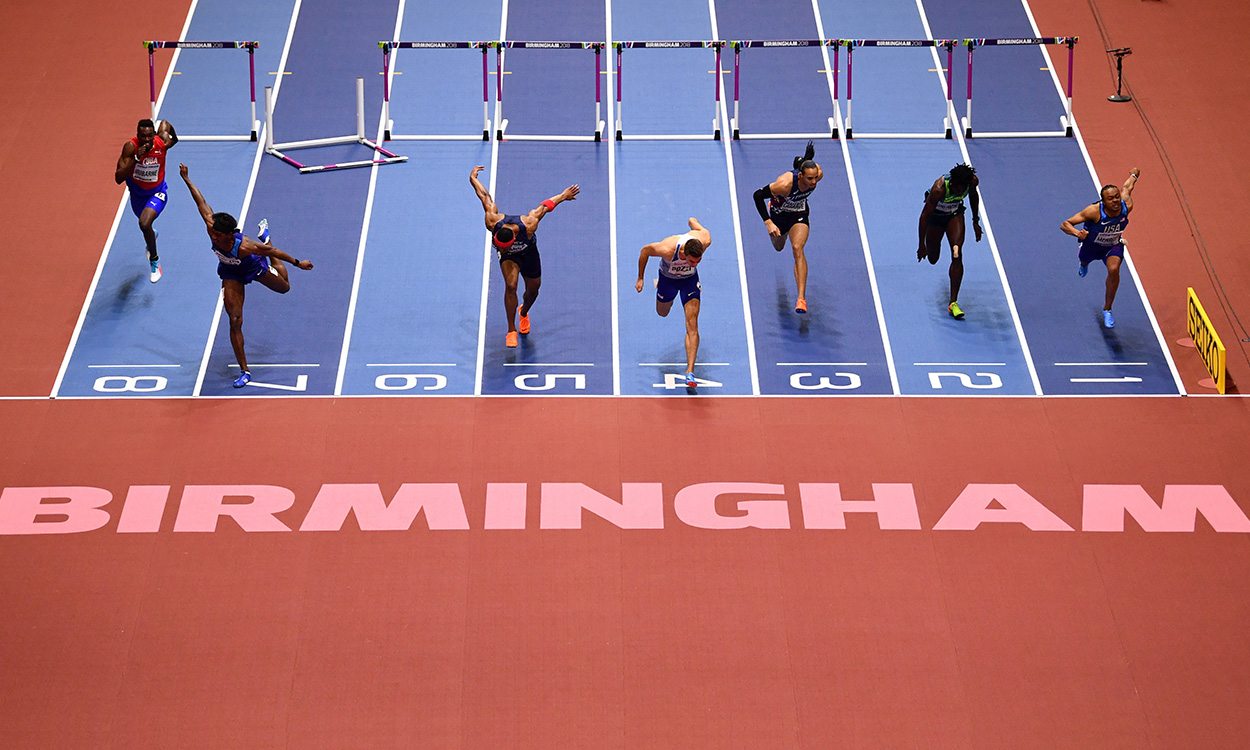 More than 550 athletes from 133 countries took part in the IAAF World Indoor Championships in Birmingham from March 1-4, with 750 volunteers – known as Gems – supporting organisers in hosting the biggest global athletics event of 2018.

Despite adverse weather conditions, thousands of spectators attended the event and witnessed some top-class action, with one world record, three championship records and 26 national records broken.

Lord Sebastian Coe, president of the IAAF, described the event as “one of the most successful of all time” and continued by saying: “I’d like to thank the organising committee, Birmingham City Council, the athletes and the fans – who fought through pretty extraordinary weather conditions to be here.”

“It was an absolute honour to stage the IAAF World Indoor Championships, and despite the freezing conditions outside, the spectators inside Arena Birmingham created a red-hot atmosphere for the athletes.

“I would also like to place on record my respect, gratitude and thanks for the efforts of the volunteers, officials and the local organising committee. Despite all of the challenges they faced, they rose to them and made this a Championships to remember.”

The United States topped the medal table but by making the most of having the home crowd behind them, the Great Britain and Northern Ireland team finished fourth with seven medals – two golds, one silver and four bronze – matching the medal haul from 2003, when the IAAF World Indoor Championships was last staged in Birmingham.

One of those gold medals was won by Great Britain and Northern Ireland’s co-captain Andrew Pozzi, who was victorious in the 60m hurdles on Sunday evening. Pozzi, who is from nearby Stratford-Upon-Avon and has competed at Arena Birmingham from a young age, was delighted to be crowned champion in front of a home crowd.

“This is honestly a dream come true and to do it in Birmingham just multiplies that ten-fold,” he said.

“I absolutely loved every second in that stadium. The crowd were phenomenal and during my lap of honour, to see so many familiar faces and local faces, was just so amazing.”

International athletics will be back in Birmingham in the summer when the Müller Grand Prix, part of the IAAF Diamond League, will be held at the Alexander Stadium on August 18 and the same venue will host the British Championships on June 30 and July 1. Tickets for both events are available at www.britishathletics.org.uk