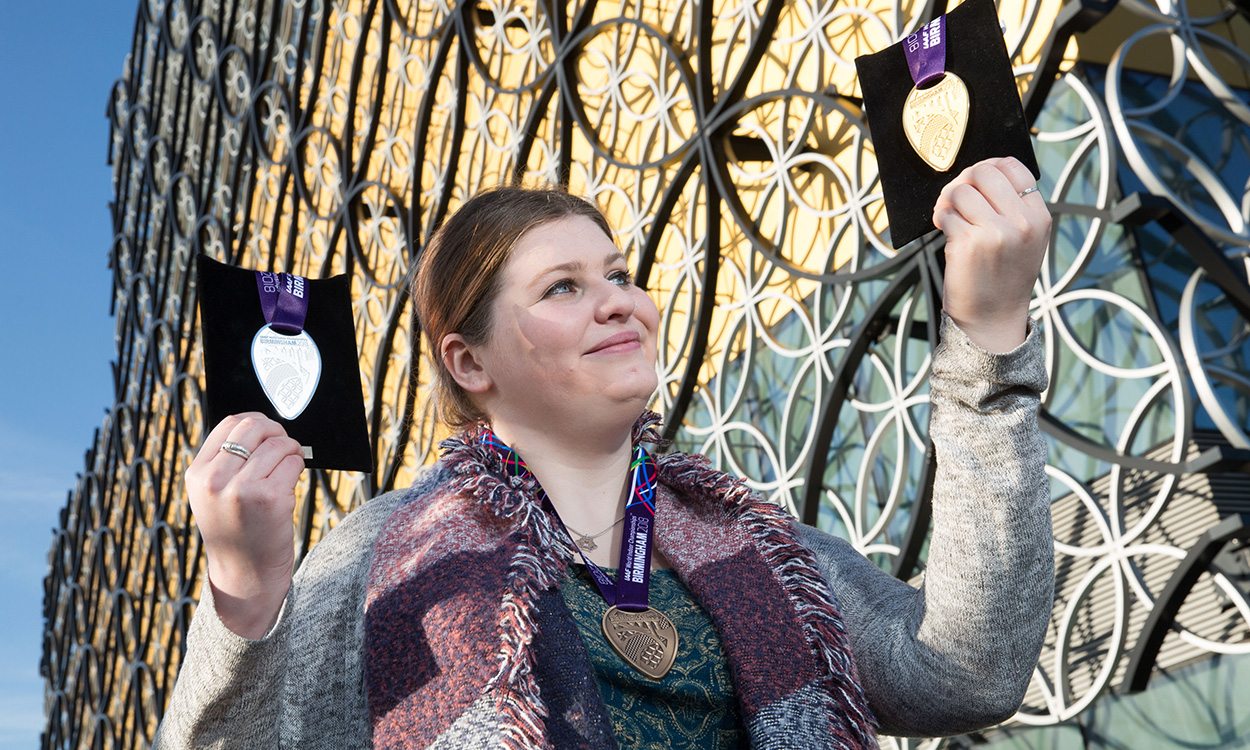 The 50 days to go milestone has been marked by the unveiling of the medals for the IAAF World Indoor Championships Birmingham 2018.

The Local Organising Committee challenged students at Birmingham City University’s School of Jewellery to design the medals, which will be awarded to the top three in each final when the event is staged at Arena Birmingham from March 1 to 4. The winning design – the work of second year silversmith and jewellery student Menna Jones – was selected at the end of last year.

Jones decided to focus on three Birmingham landmarks as part of her design and said: “I’m delighted that my design has been chosen and I can’t believe some of the world’s best athletes will be awarded a medal featuring my work when they come to the city in March.

“I wanted my medal to be a strong reflection of Birmingham and highlight what the city has to offer. I wanted to design a medal that the athletes could link to the city of Birmingham, with its unique, individual features and landmarks. My medal will be a memento of the city, allowing the athletes to remember the special time they’ve experienced here.”

The medal design features three famous city centre buildings – the city’s historic Town Hall in Victoria Square, plus two buildings which have been part of the city’s landscape in more recent years – the Selfridges building, and the new Library of Birmingham, Europe’s largest public library. 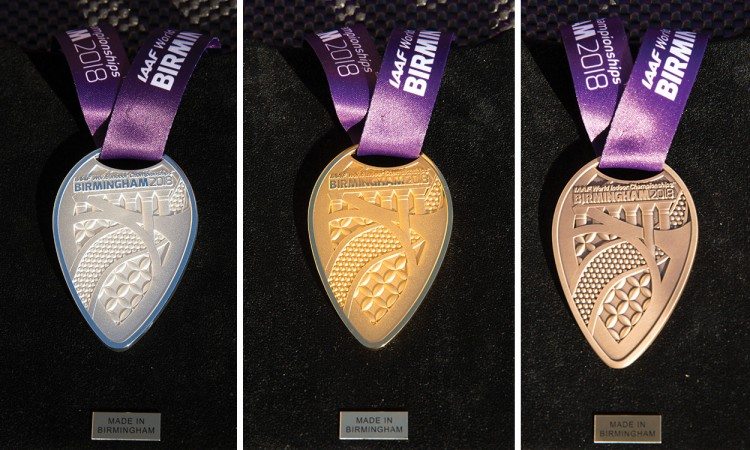 Cllr Ian Ward, leader of Birmingham City Council, who is also chair of the executive steering group for the Championships and was part of the panel who chose the winning medal design, said: “As the host city, for this major sporting event, it’s really important for us to take this opportunity to showcase Birmingham and by having the medals designed by our very own School of Jewellery, selecting a design which perfectly reflects the wonderful mix of old and new architecture in the city centre and having the medals made in our world renowned Jewellery Quarter, we are doing just that.

“We love the design that Menna came up with and I would like to congratulate her on being selected as our official medal designer. Menna and the other students at the School of Jewellery have shown what talented young people we have studying here in Birmingham.”

The first medal ceremonies at the Championships will take place just 50 days from today and around 500 of the world’s best athletes will compete at Arena Birmingham in what will be the biggest indoor sports event to be held in the city for 15 years. It is also currently the most prestigious event on Birmingham’s sporting calendar before the city hosts the Commonwealth Games in 2022.

Preliminary entries show that nearly 150 countries are planning to send teams to Birmingham for the event in March.

There are six sessions of athletics action spread across four days. Tickets for the Thursday evening and Friday morning sessions are currently on sale, with adult tickets starting at just £20 for both of these sessions. Due to high demand, tickets for the other four sessions of the event aren’t currently available.

To find out more about the IAAF World Indoor Championships Birmingham 2018 visit www.wicbirmingham2018.com