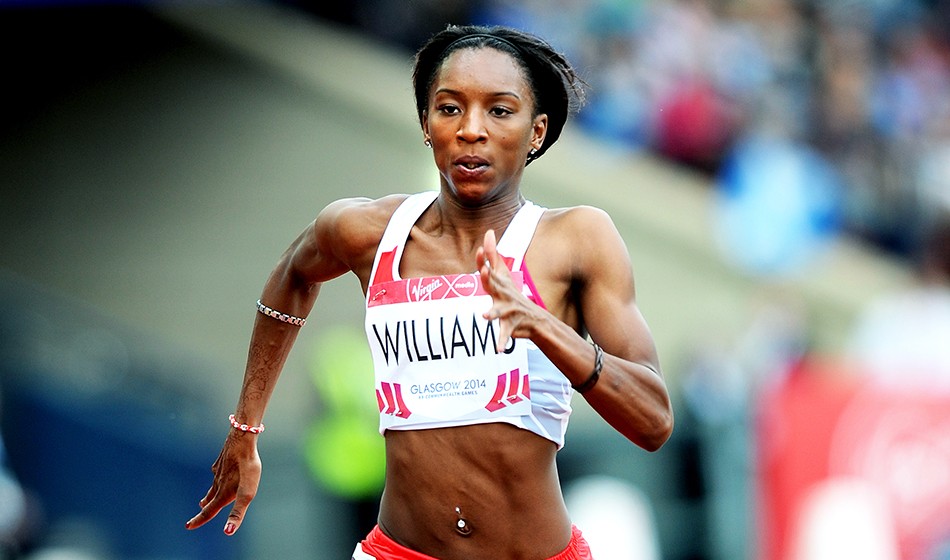 The GB international and her partner, fellow athlete Ricardo dos Santos, were stopped while in a car with their baby in London

British sprinter Bianca Williams says she has been left “incredibly hurt and shaken” following a stop and search in London on Saturday and has accused the Metropolitan Police of “racial profiling”.

The European and Commonwealth medallist and her partner, fellow athlete Ricardo dos Santos, were stopped while in a car with their baby in London and fear they were targeted because they are black and drive a Mercedes.

In a statement, Scotland Yard said officers had been patrolling the area “in response to an increase in violence involving weapons” and had witnessed “a vehicle with blacked out windows that was driving suspiciously, including driving on the wrong side of the road” and that “they indicated for it to stop but it failed to do so and made off at speed”.

The statement added: “Following a search of the vehicle, the man and the woman, nothing was found. No arrests were made and the occupants were allowed on their way.”

However, in an interview with The Times, Portuguese 400m record-holder Dos Santos said he felt it was initially unsafe to stop when officers waved him down, so he drove “for another 20 seconds” to safely park outside their home.

According to The Times, the road is a single car-width road “and the couple said that a written report given to them by police did not mention them driving on the wrong side”.

Williams told The Times: “It’s always the same thing with Ricardo. They think he’s driving a stolen vehicle, or he’s been smoking cannabis. It’s racial profiling. The way they spoke to Ricardo, like he was scum, dirt on their shoe, was shocking. It was awful to watch.”

Dos Santos said that he had been stopped by police as many as 15 times since they changed their car to a Mercedes in 2017.

The 1992 Olympic 100m champion Linford Christie had earlier published a video of part of the stop as well as a statement in which he accused the police of abusing their power and institutionalised racism.

“Still incredibly hurt and shaken by my ordeal yesterday.”

In a statement, Commander for Central West BCU, Helen Harper, said: “I understand the concern when incidents like this happen and how they can appear when part of it is filmed without context.

“Due to the concern raised, we conducted a review of the stop. This included social media footage and body worn camera footage of the officers at the scene. We are satisfied that there are no misconduct issues.

“The officers were deployed to a high violence area of London and the manner of the driving raised suspicion, it is only right that they act on it.

“We are open to discussing the incident with the individuals involved if they wish to do so.”

British Athletics has offered support to Williams and in a statement sent to AW the national governing body said: “We are aware of the hugely distressing footage of Bianca Williams and her partner being handcuffed by the police outside their home yesterday.

“Our staff have been in touch with her and will be on hand for any support required.”