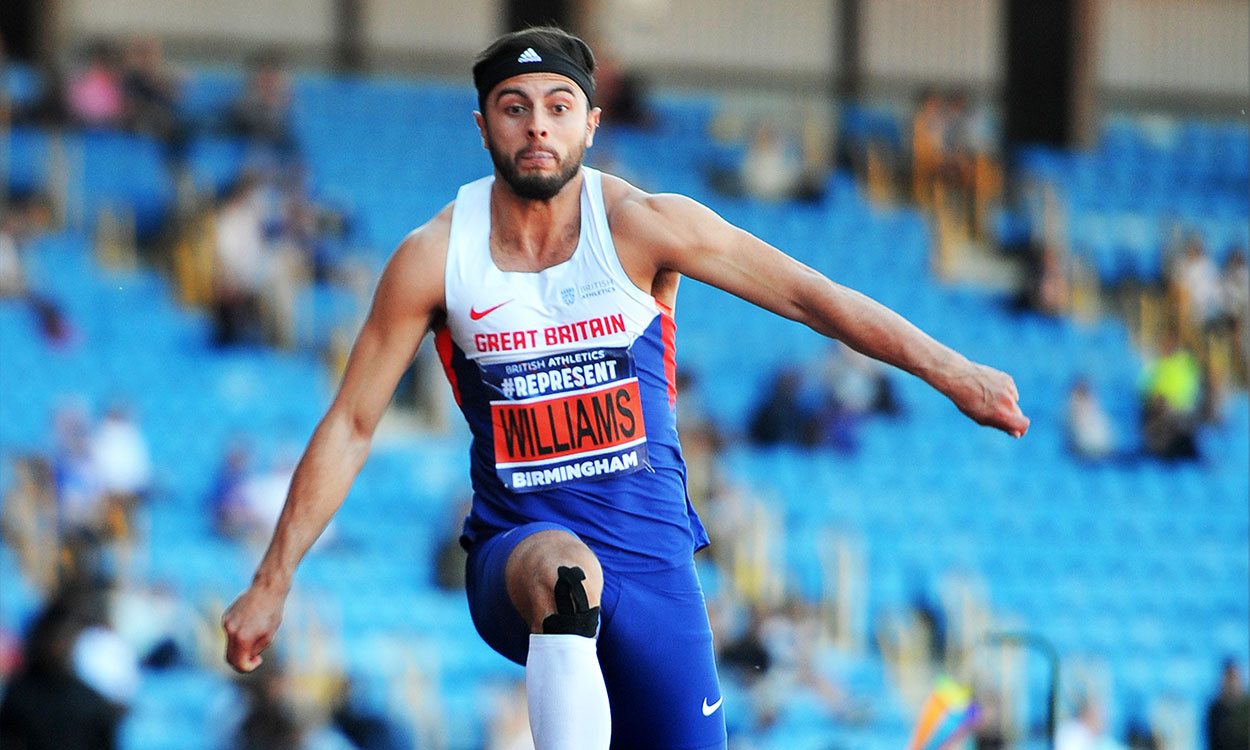 Triple jumper Ben Williams paid tribute to his former coach John Crotty after his inclusion in the England squad for the Commonwealth Games on the Gold Coast, writes Ross Lascelles.

“Unfortunately my coach has retired so I’m working with new people, but it was a big aim of ours to get there,” he said.

“It’s special because although I’m not working with him anymore, I’m there because of him, so it’s like a thank you to him.”

Next year’s competition will be Williams’ first appearance at a Commonwealth Games since narrowly missing out on gold as a 16-year-old at the 2008 Commonwealth Youth Games in India.

The Stoke athlete lost by just a centimetre but insists the experience gave him added motivation to capture gold in April.

“I’ve got a bit of unfinished business with the Commonwealths,” he said.

“I need to go and prove something to myself. I’m not travelling a long way again just to come second.”

A prodigious youngster, Williams won gold along with Jodie Williams and Katarina Johnson-Thompson at the 2009 IAAF World Youth Championships in Italy.

Now, the 25-year-old is based in Loughborough where he trains under Femi Akinsanya and Aston Moore.

“It’s a good set up, everybody there is super friendly and you’re in an environment where everybody is striving towards the same goal, so it motivates you,” he said.

“Being around other athletes where they’re as motivated as you, it really puts things into perspective and it just gives you that little bit extra drive to go on and do what you want to do in life.”

Williams, who won the British Championships this year, had previously been based at the University of Louisville and he claims the time he spent in the United States has had a hugely positive impact on his career.

He said: “When I went out to America I was put into the environment where you go to the gym at a certain time, the coaches are there, otherwise you’re kicked off, I’d be on the next plane home if not. So they put me in that environment where I needed to train and that’s exactly what I needed.”