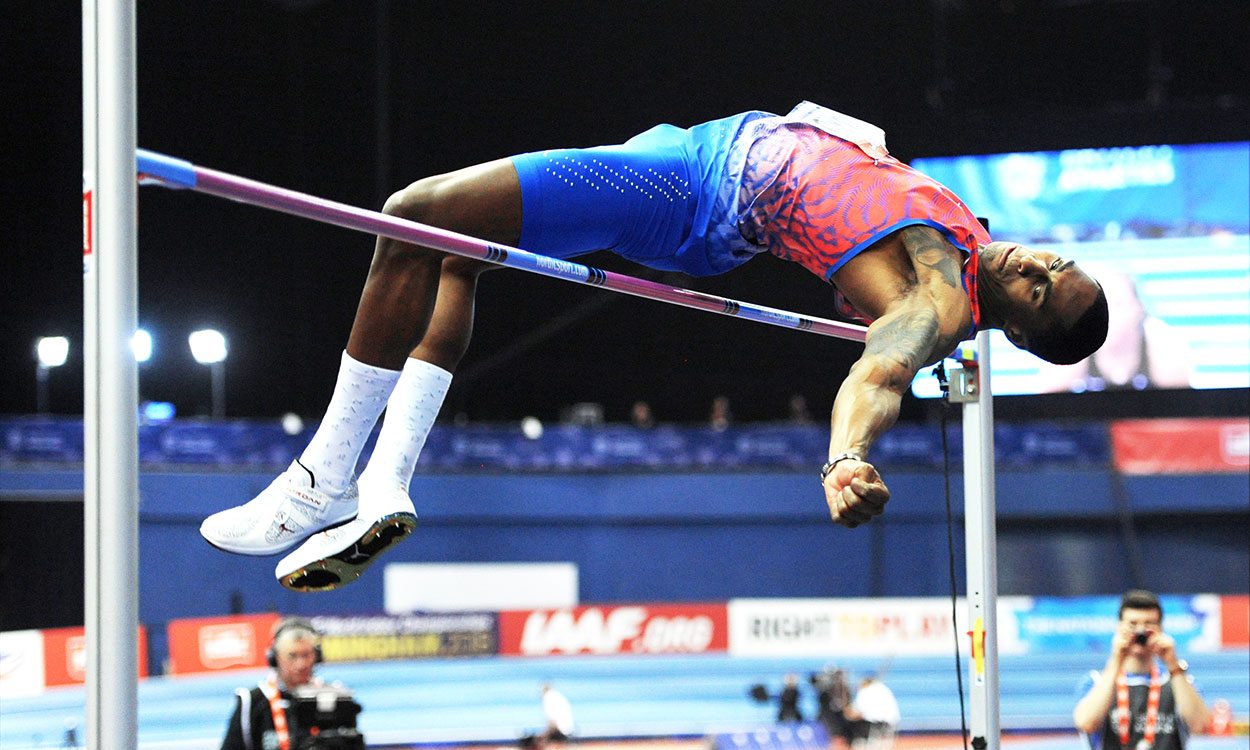 European Athletics’ proposal, which could result in the erasing of all world records set prior to 2005, was a major talking point in the days leading up to the Diamond League series opener in Doha, with athletes taking opposing views on the matter.

World 200m champion Dafne Schippers pronounced herself in favour, while the second best ever triple jumper, Christian Taylor, sidestepped the question, saying that jumping beyond 18.30m to beat Jonathan Edwards’ world record mark set in 1995 had always been a career goal and that nothing had changed.

Two experienced sprinters were also on opposite sides of the argument. Jamaica’s former 100m world record-holder Asafa Powell supported the idea, saying: “A lot of the old records seem impossible, even the female records.

“The females are running fast at the moment but it’s hard to get near those records. I fully agree with it.”

While 2003 world 100m champion Kim Collins admitted that he had been running long enough to have been in meets were some of those dubious records had been reportedly set. That experience, perhaps, has given him a different perspective.

“These things have happened in history and to change them is to change our history,” he said. “So I think it would be a very difficult thing to do. I would leave it alone.”

He continued: “The record was done, documented and recorded and I’m sure that everyone went through all the checks to make sure they did it clean and fair and that is why the record stood. So for us to go back and change what someone did and say ‘we don’t really trust you’ and so after all these years we should get rid of it, is difficult.

“The good, the bad and everything are all mixed up together but that is the world we live in.”

London 2012 Olympic high jump medallist Erik Kynard (pictured) felt it was important to look at the bigger picture, rather than thinking that one idea would save the sport.

“I do not think that testing was adequate enough at that time, but it is extremely difficult,” he said. “I am from America and although our judicial system is not perfect there is guilty and not guilty and you have to be careful before eradicating someone’s athletic accomplishments because essentially this is how someone built their legacy. To see that legacy be tarnished by speculation without science is disturbing.

“As an athlete you know that some records won’t ever be broken, but I think we contaminate our own sport with this kind of talk of clean and dirty and records and all that stuff. And what does it profit us? What is the profit to athletes? What is the profit to spectators, to countries, to retired athletes to remove these records and eradicate them? Essentially it makes the sport look amateur again.

“For anyone to suggest that it would be a good idea to remove these records is simply dropping salt in the pure waters as far as track and field is concerned and can further contaminate the sport because it is essentially saying that everything you have been taught is a lie. That everyone you have aspired to be better than was a cheater. ‘We can’t prove it but we think it so we are removing it’. That is a slippery slope. I don’t know who it will benefit but I know a few people it will harm.”

The debate will go on but may generate more heat than light.