Athletes to race in honour of Mark Sesay 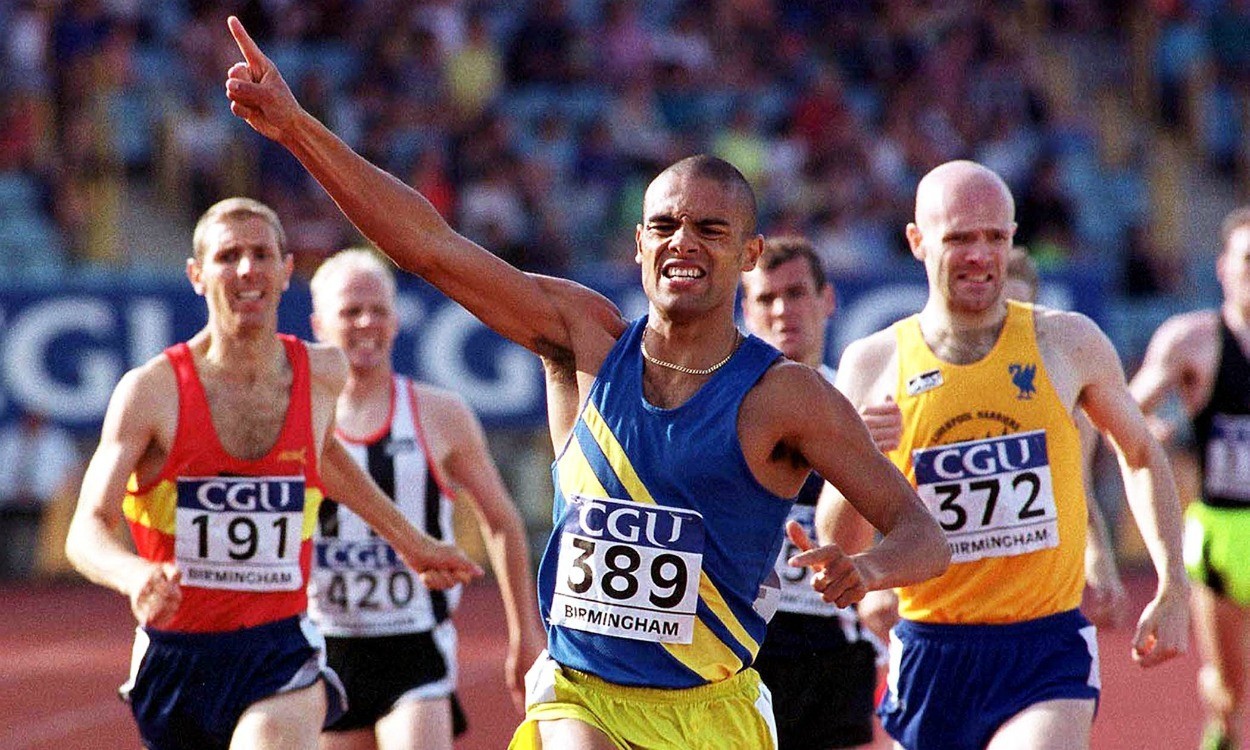 A handicap 800m race will take place in Loughborough on September 14 in memory of Mark Sesay.

The former UK 800m champion, who died last November aged 40, was a hugely popular character and old friends and former middle-distance runners have already shown a big interest in taking part in the memorial run.

Andy Hart, one of Sesay’s close rivals and friends from the 1990s, is also involved as the organiser trying to pull it all together. He said: “Mark was my main rival back in the late Nineties and we went on to become great friends. Like all of them, I was devastated when he passed away last year and would love to do something to keep his memory alive.”

Their PBs were also close, Sesay running 1:45.68 and Hart 1:45.71 – but Hart says the event will be a fun handicap race with no official timekeepers.

“Mark would have no doubt thought it hilarious to see all the old guys getting competitive with their grey, balding hair and ageing bodies!” he added.

A super-talented teenager, Sesay was the first of only two under-17 athletes from Britain to have ever dipped inside 1:50 for 800m and he held that UK record until 2012.

He went on to become UK 800m champion and represent Great Britain at the 1999 World Championships in Seville, Spain, having been dubbed ‘the next Coe’ as a youngster because of his raw ability and Loughborough links.