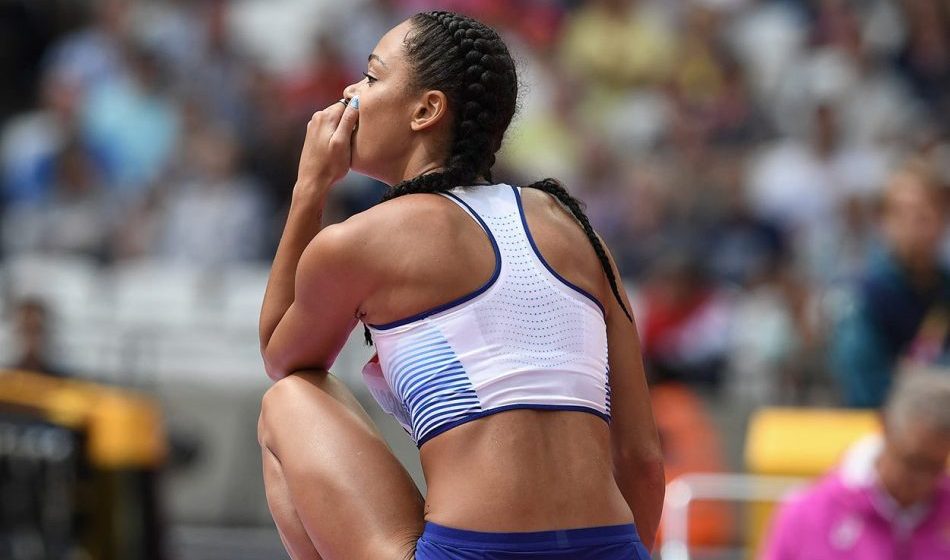 Olympic pole vault champion Katerina Stefanidi has said the International Olympic Committee (IOC) is putting athletes “in danger” by encouraging them to continue to prepare for the Tokyo 2020 Games “as best they can”.

The Greek vaulter, who also won gold at the 2017 World Championships in London, is among a number of athletes to have spoken out following the release of an IOC statement on Tuesday which stated that the organisation “remains fully committed to the Olympic Games Tokyo 2020”.

The IOC statement added: “… with more than four months to go before the Games there is no need for any drastic decisions at this stage; and any speculation at this moment would be counter-productive.

“The IOC encourages all athletes to continue to prepare for the Olympic Games Tokyo 2020 as best they can.”

“The IOC wants us to keep risking our health, our family’s health and public health to train every day? You are putting us in danger right now, today, not in four months.”

This is not about how things will be in 4 months. This is about how things are now. The IOC wants us to keep risking our health, our family’s health and public health to train every day? You are putting us in danger right now, today, not in 4 months.https://t.co/cICKVQ4qsZ

Also sharing her views on social media, Britain’s world heptathlon champion Katarina Johnson-Thompson highlighted the confusion surrounding the current situation for athletes, saying that IOC and government information is “at odds” with one another.

Explaining how she would be returning to the UK from her base in France which is now in “complete lockdown”, Johnson-Thompson added: “We’re trying to follow information with how to continue safely whilst reducing the risk to everyone around us and the information of the IOC and the local government are at odds with one another.

“The IOC advice ‘encourages athletes to continue to prepare for the Olympics Games as best as they can’ with the Olympics only four months away, but the government legislation is enforcing isolation at home with tracks, gyms and public spaces closed.

“I feel under pressure to train and keep the same routine which is impossible.

“I’m in a very fortunate place given the circumstances. I’m healthy, well supported and I have already qualified for the Olympics. But at this moment it’s difficult to approach the season when everything has changed in the lead up apart from the ultimate deadline.”

I understand that sport isn’t everything and there are more important issues sourrounding coronavirus but thought I would speak out purely on what my situation of it has been. Hope the UK, France and the rest of the world stay safe and look after each other in these crazy times❤️ pic.twitter.com/0zxECDetpM

The IOC statement outlined principles to have been agreed concerning qualification for the Games.

“To date, 57 per cent of the athletes are already qualified for the Games,” reads the statement in part. “For the remaining 43 per cent of places, the IOC will work with the international federations to make any necessary and practical adaptations to their respective qualification systems for Tokyo 2020”  in line with their recently announced principles, which can be found listed in full here.

IOC president Thomas Bach said: “The health and well-being of all those involved in the preparations for the Olympic Games Tokyo 2020 is our number-one concern. All measures are being taken to safeguard the safety and interests of athletes, coaches and support teams. We are an Olympic community; we support one another in good times and in difficult times. This Olympic solidarity defines us as a community.”

Following the athletes’ reaction, in a statement published by the BBC the IOC added: “This is an exceptional situation which requires exceptional solutions. The IOC is committed to finding a solution with the least negative impact for the athletes, while protecting the integrity of the competition and the athletes’ health.

“No solution will be ideal in this situation, and this is why we are counting on the responsibility and solidarity of the athletes.”

The Olympic Games is set to take place from July 24 to August 9, with the Paralympic Games scheduled for August 25 to September 6.

The Olympic Games haven’t been cancelled since 1944, when they were called off due to World War II.