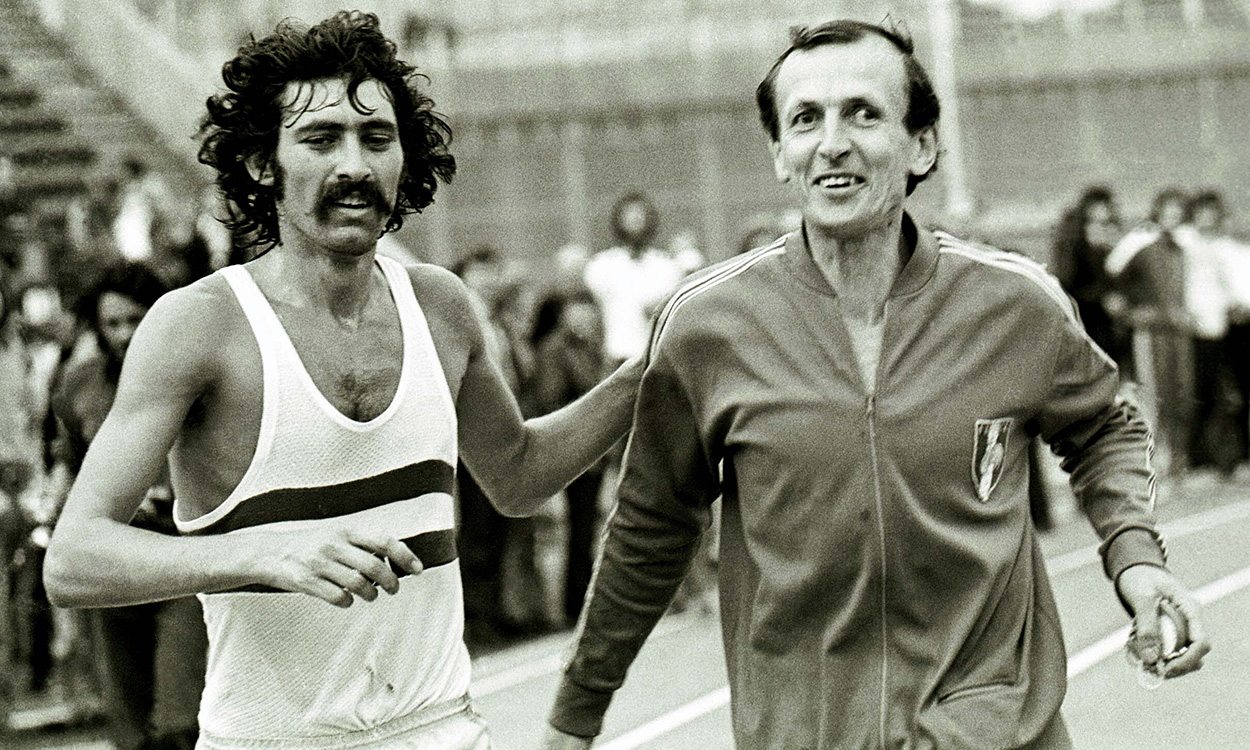 Coach who guided the likes of David Bedford, Alison Wyeth and Mara Yamauchi is fondly remembered

Bob Parker was a very good athletics coach but it’s clear that, to those who worked with him, he was so much more than that.

Speaking to some of his distinguished graduates, the man who helped to successfully guide and develop athletes for almost six decades and who passed away after a long illness earlier this month was viewed as something of a guiding light.

Parker, inducted into the England Athletics Hall of Fame in 2010 at the age of 80 for his services to coaching, led Alison Wyeth to two Olympics, three World Championships and a 3000m Commonwealth bronze medal, while two-time Olympian Mara Yamauchi credits him for laying the foundations of the international marathon success of her later career.

A few years earlier, in 1973, he enjoyed what was perhaps his finest hour when he guided David Bedford to the world record over 10,000m.

“I joined Shaftesbury Harriers in 1964 and he started coaching me in 1965,” says Bedford. “Bob became a second father and his wife Sylvia a second mother. In truth, they had more influence on my development and life than my parents.

“Bob had previously coached some of the older Shaftesbury lads and he was still racing himself. I do remember him running the Poly Marathon in the late 60s with me supporting him on a push bike. Up until the 1970s he was still warming up and down with me at training sessions and overseeing fartlek sessions on Hampstead Heath.

“He was always there for all of his athletes. Where he got the energy from no-one knows.”

He adds: “I have never heard anyone say a bad word about Bob. I had my first beer with him and I will certainly have my last still thinking of him, ever grateful for his love, care and friendship.

“When I started being coached by him I was the 73rd best junior in the English Schools Cross Country Championships and, nine years later, I broke the world record for 10,000m.”

Parker worked full-time as a builder but always made sure he was on hand to help his athletes and, come Tuesday and Thursday evenings, his house in Harrow was a hive of athletic activity, representing as it did the meeting point from where training sessions would start and finish.

A fond recollection from Wyeth demonstrates the lengths to which he was willing to go for his charges.

“We used to meet at his house, warmed up by running to the track, did our session and then warmed down by running back to his house,” she says. “On a Thursday, we’d run road reps from his house so basically we used to take over the place.

“We were all in and out of the loo all the time so he even had a downstairs toilet built so that he could accommodate us, with everyone queuing up in his house!

“He did it himself and it was all because he was fed up of waiting for us lot at the training sessions!”

She adds: “He was a really kind-hearted person who also gave us plenty of hard training which helped us progress.

“The Parkside AC women he coached won the national cross country team title eight years in a row (1989-1996). He brought us together as a great team that wanted to run for him and his wife Sylvia.”

Yamauchi also has vivid memories of the Parker residence.

“His home was a real base for a lot of athletes,” she says. “His living room was covered in photos of athletes he’d coached.

“He had the stars like Dave Bedford and Alison Wyeth but his group had a lot of depth and he was always welcoming to newcomers.”

She adds: “He just loved helping young people develop. When you’re a young person you face a lot of decisions about your life – not just about running – but he was very supportive to all the young athletes he was coaching in those sorts of things.

“He didn’t have any children of his own but it was almost like we were all his family. And, of course, it was all completely voluntary. He gave so much of his life, wisdom and energy to helping young athletes.”

A funeral will be held at 11am on Wednesday February 7 at Hendon Cemetery and Crematorium, South Chapel, Holders Hill Road, London NW7 1NB.