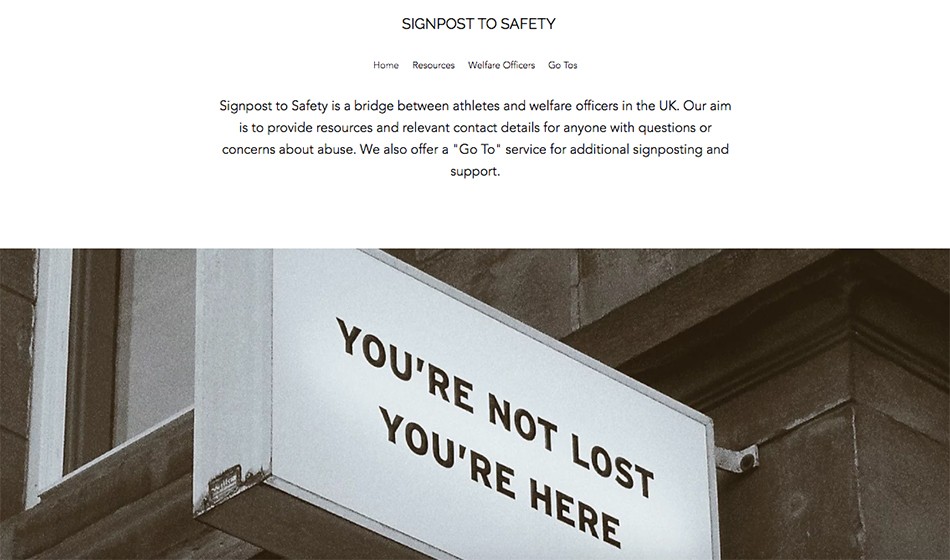 Former pole vaulter Anna Gordon has launched a welfare initiative for track and field athletes in the UK which aims to provide support and information for people who may have questions or concerns about abuse within the sport.

The 23-year-old, who won 10 Scottish pole vault titles during her junior and senior career, shared her own story last year and was prompted to take action following research she had done as part of her psychology degree.

She says the new website – Signpost to Safety – was “one of the solutions to one of the problems” and is designed to be a “bridge” between athletes and welfare officers in the UK.

As well as providing links to resources and contact details for lead welfare officers in each of the home countries, the website has a ‘Go Tos’ section highlighting a group of athletes who have received NSPCC training and can be approached for further support.

“The ‘Go Tos’ is kind of what the whole thing is about,” Gordon explains. “There are 12 athletes from all around the UK, three from each country – two girls and a boy. They can act as a friendly first point of contact if someone doesn’t want to reach out themselves, if they need a bit of help to send that first message to somebody or if they still can’t find someone that they feel comfortable with. They can help to signpost them to someone, either within or outside of athletics.

“We’re programmed to look to role models in our sport and it would be really helpful to have more of them trained and aware of various different situations that can be happening,” she adds. “I think that is something that has been lacking so far. Hopefully we can bridge the gap.”

Our website, www.signposttosafety.co.uk, is now LIVE! Check the link in our bio and help us spread the word in TAG 2 TO TAG 2! Rules: 1. SAVE THIS POST 2. Tag 2 athletes who might not know about us 3. If you’re tagged, tag 2 more! To everyone taking part — thank you for being part of the change.

Gordon says each ‘Go To’ has gone through child protection and support training from the NSPCC and that the education has proved hugely insightful.

“It’s not just one type of abuse that this focuses on,” she says. “There are four types of abuse generally: neglect, physical abuse, sexual abuse and emotional abuse and each of those has their own definition within a specific sports context. I think that is something that isn’t that well known because when we did the training, I was really surprised to find out what these things were.

“For example, having to train through an injury is an example of neglect, training with inadequate equipment is neglect also. If a coach gives a young athlete a physical punishment like press ups or something, that can actually be classed as physical abuse. So there are loads of things that I think would make people feel bad, but they wouldn’t understand that it is actually not allowed to happen.

“If there’s anything that makes you feel bad or confused or anything like that at all then people can get in touch and we can try and help.

“Our sport can be incredibly beautiful and I think we should all have the chance to experience it like that.”