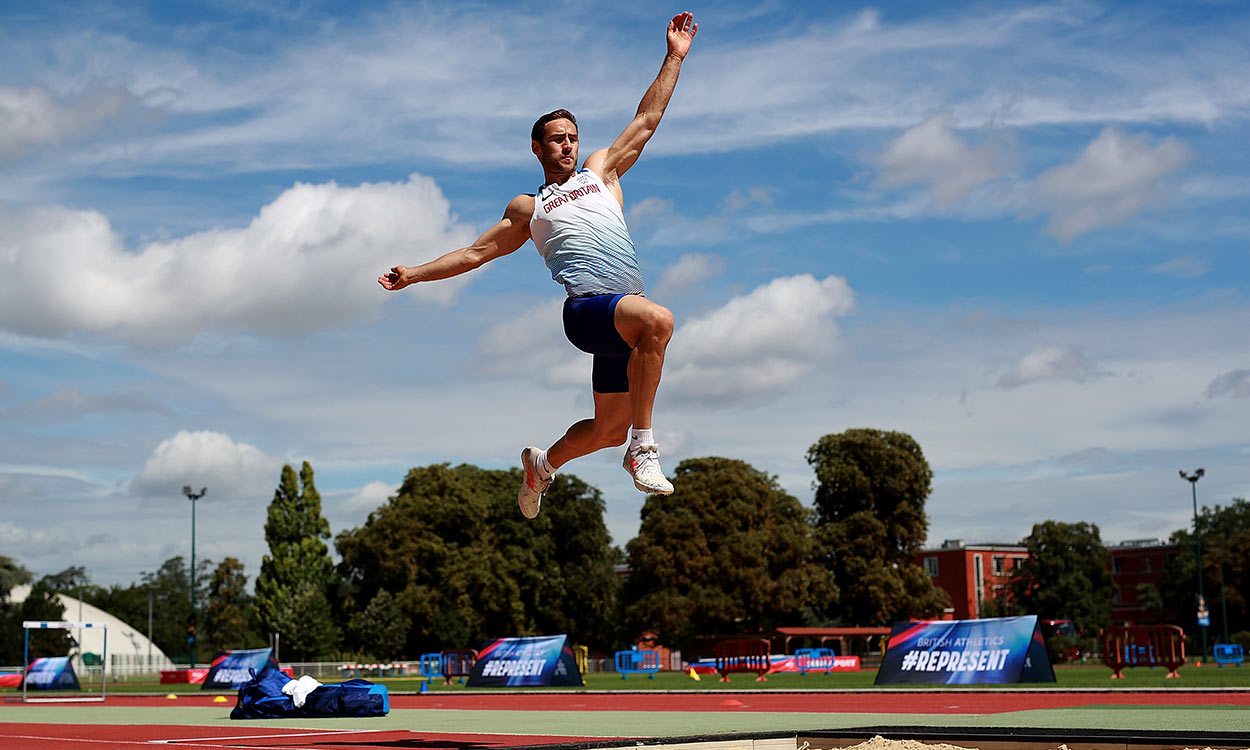 The decathlete is looking forward to continuing his upward trajectory

Given what he has already achieved so far this year, Ashley Bryant says he is feeling “positive and optimistic” about the possibility of another personal best performance at the IAAF World Championships.

The 26-year-old scored 8163 points in Götzis in May to strengthen his spot in third on the UK all-time decathlon list behind Daley Thompson and Dean Macey. That performance qualified him for the global event in London where on Friday and Saturday (August 11-12) he will look to make the most of having home advantage and demonstrate further improvements following his coaching switch.

“I’m incredibly positive,” says Bryant, looking ahead to the 10-event competition in the UK capital. “I’ve already set a PB this year and also for that competition I wasn’t necessarily fully all guns blazing and prepared.

“For decathletes who are out there solidly for two days, the home support is going to be unreal.”

But the crowd support is not the only benefit to competing at home. Travel for multi-eventers is often stressful with so much kit and equipment required and Bryant is among those to have experienced the pain of lost pole vault poles, for example.

“Travelling with poles is a nightmare. It is the worst part of the job, it’s even worse than the horrible running sessions!” he laughs. “I hate it. It’s nice to not have that burden this time.”

Canada’s Götzis winner Damian Warner and France’s Olympic silver medallist Kévin Mayer are among the favourites thanks to their 8600 point-plus PBs and Bryant sees the event as a stepping stone for his own career, with everything moving in the right direction.

“Tokyo will come at a great time for me,” says the 2014 Commonwealth Games silver medallist, looking ahead to the 2020 Olympics.

“The Commonwealths in 2014 was kind of my breakthrough as a senior and I would love to have pushed on a bit more in the last couple of years but things happen. Last year my equipment didn’t make it and I had surgery just after Glasgow on my elbow.”

Now there’s another factor to take into account, but this time it’s a positive one.

“I have made a championship every year since about 2007 so it’s not that I’m doing things wrong but I had to think ‘how am I going to take that next step?'” he explains.

One of the answers was moving to Loughborough, which Bryant did 18 months ago. “It was less travel and I can work with specialist coaches in the events,” he says. “The balancing act of working with lots of coaches and the structure can be harder but it was a risk I had to take because the coaches I am working with are so good and it has definitely paid off.”

“There’s no real correct answer for the decathlon,” Bryant smiles. “I bet you in my last year training I’ll still be changing my programme around and I won’t have an answer for it!”

Right now, however, this set-up appears to be working and while Bryant is happy his own career is on an upward trajectory, he is also pleased to see the event as a whole in Britain on the rise.

“This year we have now had someone compete at the European under-20s and the under-23s, we’ve got one down for the World Students and myself in London, so we’ve got someone at every champs and that’s incredible for decathlon and that is progress,” he says. “But until someone puts their name out there at the Worlds or the Olympics and really challenges for those medals you’re not going to necessarily bring on a new generation of athletes. But at the same time, is the structure there to do that even if it is?

“It’s a hard one,” he adds. “It’s one of those things I’ve appreciated more in the last few years and I’ve realised how hard it is to do it in this country. There isn’t necessarily the support there for the decathlon in place.”

Does he see himself as that athlete pushing the event on in the UK?

“I’m the third best to ever do it in Britain. Yes, I look at myself and I’m still a few hundred points away from where I need to be but you’ve got to look back and appreciate what you have done so far because it’s not easy,” he says.