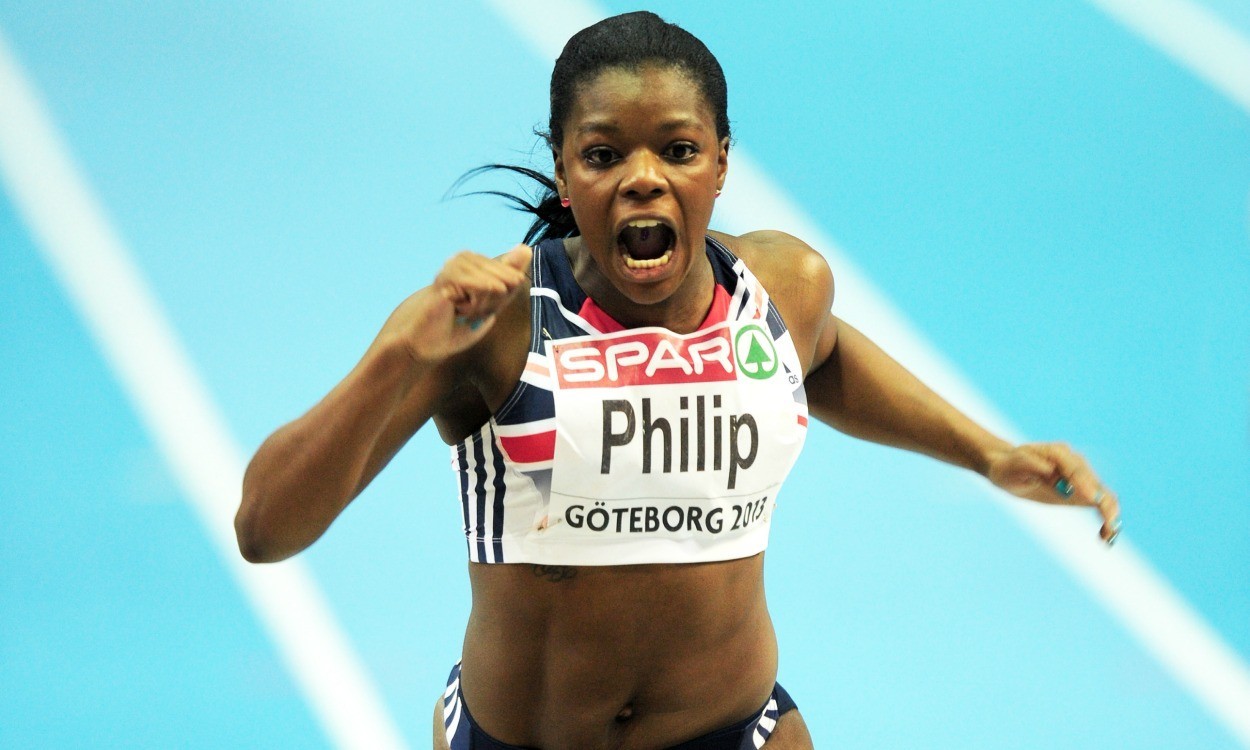 Asha Philip, who will be among Britain’s top medal contenders at the IAAF World Indoor Championships this weekend, says she is driven to succeed this year by the disappointment of not being part of the GB relay squad at last summer’s World Championships.

Despite being equal quickest over 100m going into the event, Philip was not part of the 4x100m team, which went on to win bronze. The squad was also missing former world junior 100m champion Jodie Williams, who was fourth on the rankings, as relay coach Rana Reider opted for Hayley Jones, Ashleigh Nelson, Anabelle Lewis and Dina Asher-Smith.

Philip, whose goal this weekend is to break the British 60m record of 7.09 and win a medal, responded to suggestions she was omitted because of missing squad training by saying: “That definitely wasn’t the reason.”

The 2014 world No.3 at 60m added that being told at only short notice about relay practice had been a problem and she was once asked as late as two days beforehand.

“I went to the ones that I could have gone to,” said Philip, who was just one hundredth outside Jeanette Kwakye’s UK record when winning the 60m trial for Sopot.

“The fact he (Reider) left myself and Jodie off was a bit upsetting because I felt we could have got a medal and been on that podium,” she said.

“No country leaves out their fastest runner… A relay’s a relay – you still do the same steps, you just run off, hand the baton round, you’ve been doing it since you were a child so why is it so difficult for us?”

UKA said it could not comment on individual selection cases. However, with British sprint relay teams dropping the baton so many times in recent years, many would argue that safe changes by well-rehearsed teams are more important than simply putting together the fastest four runners. Further, a rare medal in Moscow could be seen as vindication of the policy.

Philip added that she felt the system had been improved upon this year and looked forward to being part of the squad this summer.

Meanwhile, the Newham & Essex Beagle believes a time equalling her PB or quicker will be enough to get her on to the podium in Poland.

Murielle Ahoure of Ivory Coast, who is unbeaten at the distance since winning silver in Istanbul in the 2012 championships, is the quickest in the field this year with 7.03, while American Tianna Bartoletta is also ahead of Philip with 7.08.

She is one of several British medal hopes at the championships at which they were second on the medal table two years ago in Istanbul with nine podium finishes.

Replicating that achievement will be a tall order and UKA performance director Neil Black was reluctant to set a target ahead of the start of the championships.

“We’re hoping for great performances,” said Black. “I’m looking for athletes and coaches to work together to prepare for competition and apply themselves for the various challenges that come along with a major championships. I’m hoping for a group of people to make finals and when you’ve got that, you’re hoping, expecting and believing that some of those people will go on to get on the rostrum.”

Team captain Eilidh Child is hoping she can play her part on the track as well as off it as she forms part of the 4x400m relay squad seeking to successfully defend the title it won two years ago in Istanbul.

“I really want to come away with a medal,” she said. “We’ve got a really good squad and we’re the defending champions. It’s not going to be easy at all and the Americans and Russians have got really good teams. The crucial thing about indoors is the tactics. It’s quite argy bargy and if we can get amongst it, we can come away with something to take home.”