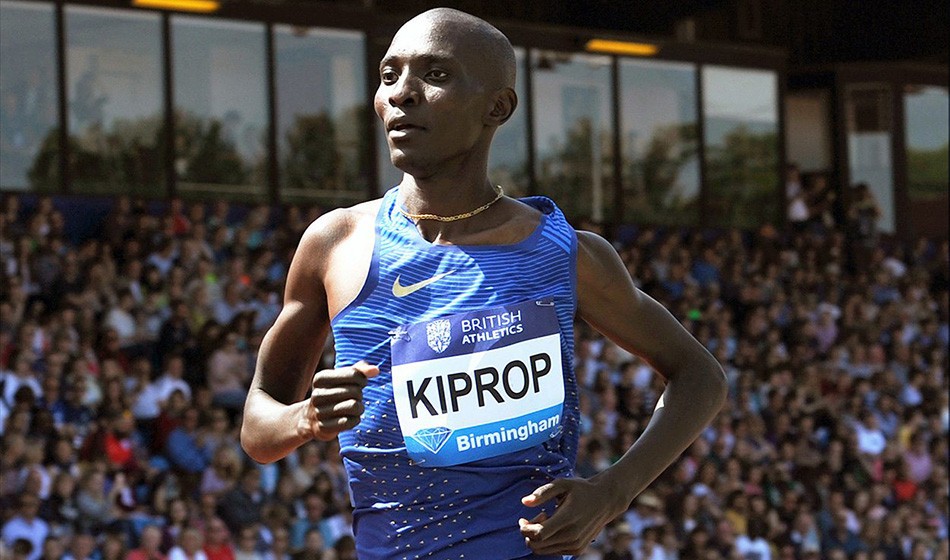 Kenya’s 2008 Olympic 1500m champion Asbel Kiprop has been handed a four-year ban after testing positive for the banned substance erythropoietin (EPO) in an out-of-competition test in November 2017, the Athletics Integrity Unit has announced.

Kiprop has maintained his innocence but on Saturday the Athletics Integrity Unit published its decision on the case stating that the 29-year-old would be banned for four years from the date of his provisional suspension on February 3, 2018, with any results from November 27, 2017, to February 3, 2018, to be disqualified.

In its decision document the Athletics Integrity Unit (AIU), acting on behalf of the sport’s world governing body the IAAF, wrote that “at various times and in various formats he (Kiprop) has proposed a number of possible explanations for the adverse analytical finding” but after considering each of those points the panel said “the case against the athlete is convincingly made out”.

Among Kiprop’s claims were that the sample may have been tampered with and that he was notified about the doping test in advance, which is in breach of anti-doping rules.

The AIU response to each of Kiprop’s claims can be found in its decision document (available in full here), which confirms that the athlete had been given advance notice of the planned test. “The panel was … unable to conceive of any link between such advance notice and the adverse analytical finding in this (or any other advance notice) case,” added the AIU.

As well as his Olympic gold from 2008, which he claimed after his silver medal was upgraded to gold following the disqualification of winner Rashid Ramzi due to a doping offence, Kiprop won his three world titles in 2011, 2013 and 2015, while his PB of 3:26.69 recorded in 2015 puts him third on the world 1500m all-time list.

He also placed sixth at the Rio Olympics and ninth at the London 2017 World Championships.

“The panel … is aware that its order will interrupt and may even terminate the athlete’s sporting career and cast a shadow over his impressive competitive record,” added the AIU decision document in part.

“But in its opinion the laboratory results viewed in the context of the evidential record and the regulatory framework admit of no other conclusion than that the case against the athlete is convincingly made out.”

Kiprop has the right to appeal the decision.