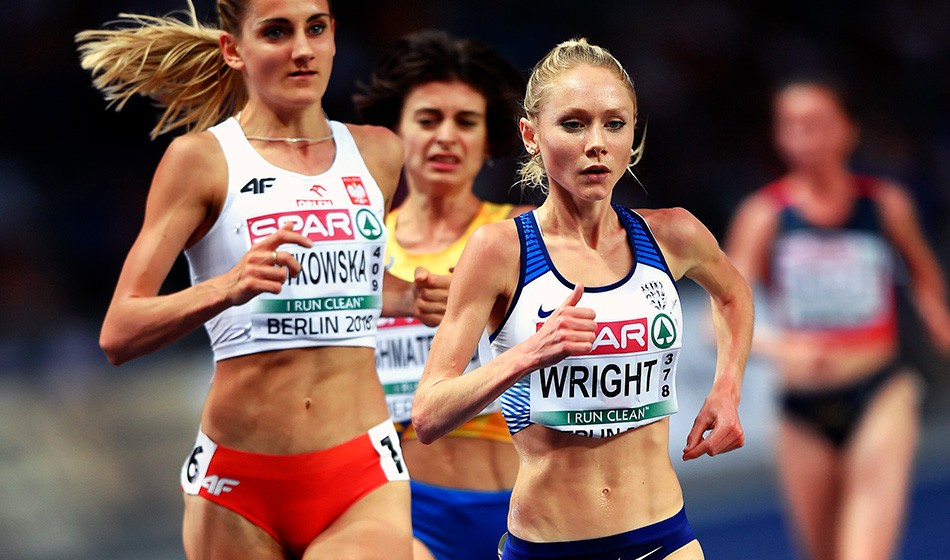 When Alice Wright steps on to the track at the Highgate Harriers Night of the 10,000m PBs in north London on Saturday night it will not only be her first experience of the event but her first race in Britain for seven years.

“I couldn’t even tell you when I last raced here,” she told AW this week after travelling from her base in Flagstaff, Arizona, to London for a 25-lap race that incorporates the European Cup and British world trial.

“All of my races in recent years have been in America, which is kind of crazy. Of course I’ve raced for Great Britain (European Championships on the track and country) but not in Britain itself for a long time.”

On Saturday the 24-year-old is part of the GB team and will be aiming to be one of the top two Britons inside the World Championships qualifying time of 31:50.00. She clocked 31:56.52 at the Payton Jordan meeting in California in May and is hoping to slice at least six seconds off that mark this weekend.

“I was pretty happy to break 32 minutes finally as it had been a big goal of mine,” she says. “But it was annoying to be six seconds outside the world standard.

“If I had run inside 31:50 I would just have had one goal this weekend – to finish top two. But now the goal this Saturday is to get the standard and qualify for the World Championships. But then again I don’t know whose goal that isn’t for this race. Everyone’s going to be going after it and it should make for an exciting race.”

Wright is from Worcestershire and during her teenage years won plenty of minor medals in national events but was often overshadowed by Jess Judd, who was in the same age group.

As her junior career in the UK drew to an end, she went to New Mexico University in 2013 and was coached by Joe Franklin, who has coached other Brits like Josh Kerr and Charlotte Arter – the latter of whom also races this weekend over 10,000m.

The move to the United States helped her sort out a calf problem that was troubling her at the time and also saw her get involved in the American collegiate system of racing, which is largely why she has barely raced in the UK lately.

“Because I was on a scholarship I couldn’t say I was training for the British trials and instead had to do the NCAA system but now I’m out of that all my focus is now on trial races and getting on to British teams,” she explains. “So I’ll be coming back more regularly.”

Since leaving university she has joined the HOKA-sponsored Northern Arizona Elite team based in Flagstaff where she trains with several sub-2:30 female marathoners and is coached by Ben Rosario. Wright is keen to move up to 26.2 miles quite soon too and she has already posted a half-marathon best of 73:17.

“I feel stronger in training in longer sessions and that points toward doing the marathon. I don’t want to delay it until my early 30s. I’d like to do one in the next year or so and as long as I can stay healthy – and I’m in the right group and place for that – I feel I’d be stupid not to do a marathon soon.”

Despite her time in the United States, she has not lost her strong English accent and she adds: “I’m hoping the marathon will be my sweet spot when it comes to pace.”

First comes the 10,000m on Saturday, though. “I’ve heard great things about this race so I’m hoping we can all run fast,” she says. “There are limited opportunities for athletes to run fast track 10,000m races anymore. It’s not in the Diamond League and it’s hard to find a fast 10,000m race. It’s really cool to see that Highgate has achieved this and I hope the fast times can be replicated on Saturday and that I can be one of the athletes who runs one.”

It is a rare chance for her family and UK-based friends to see her run too. “I’m excited that they will get to see me race. I just hope I can put on a good race for them and do them proud after all the support they’ve given me over the years.”