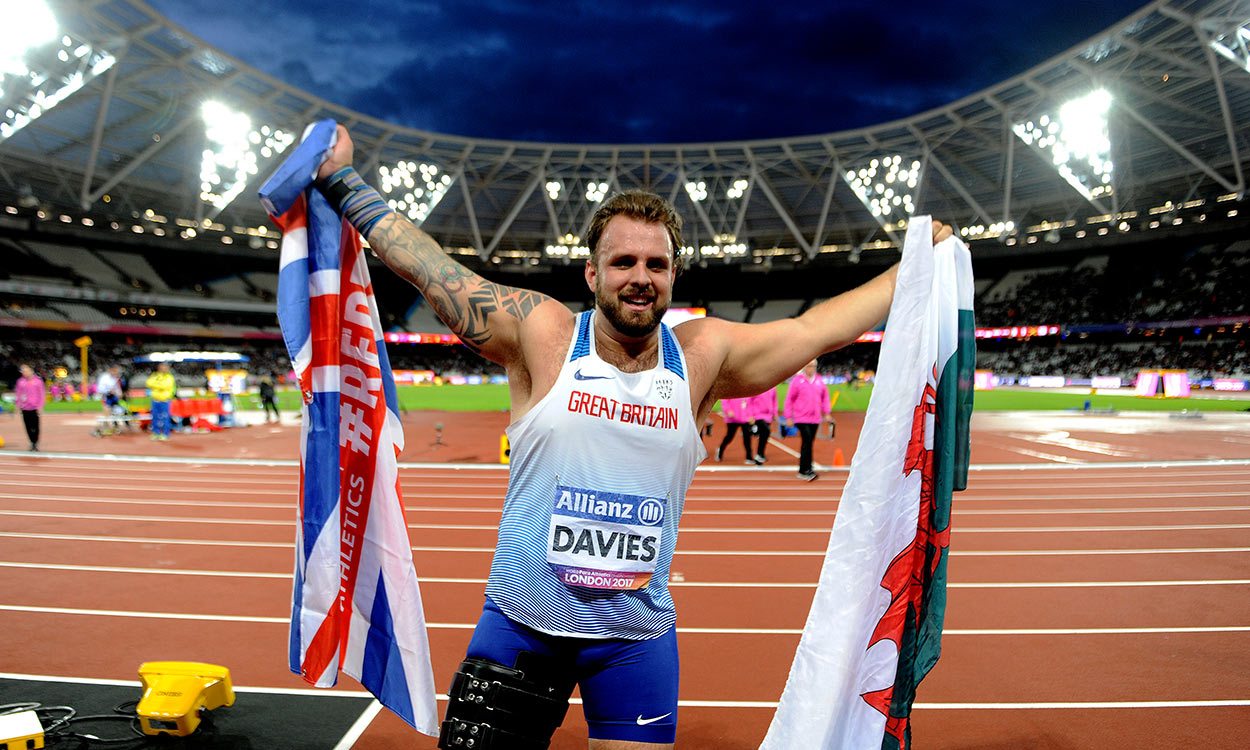 Aled Davies goes into this weekend’s SPAR British Athletics Indoor Championships determined to prove his potential as he competes against able-bodied athletes at this event for the first time.

Previously at the British Indoors, Paralympic and world shot put champion Davies has thrown the 6kg implement competing in the F42 category, but this time he’ll be contesting the championship and throwing the 7.26kg shot.

This all forms part of the 26-year-old’s longer-term aim to represent Wales in able-bodied competition at a future Commonwealth Games.

“I’m excited, nervous, it’s a different experience for me,” says Davies, looking ahead to Saturday’s competition at Arena Birmingham. “When I compete in my category I’m going in as the favourite and everyone is out to beat me but this time it’s going to be a fight for me to make the top eight and I’m hoping it’s going to bring out something special.

“It has been a massive step-up in training in terms of the volume we’ve been doing,” he adds.

“I’m hoping this weekend can give everyone a glimpse of what I can do and hopefully it’s the start of something special over the next few years.”

Last session in the bag before I make my @BritAthletics #SPARIndoorChamps able-bodied debut on Saturday night (6:35pm). Next stop Birmingham! Let’s have some fun. pic.twitter.com/srSbcRZwTB

With his focus on the shot put following the removal of the F42 discus from the Paralympic programme, Davies still managed to retain his titles in both events at the World Para Athletics Championships in London last summer. He launched the shot a world record-breaking 17.52m to complete his impressive throws double in the UK capital and that performance proved a source of further motivation.

“Last year was a pretty special year,” says the two-time Paralympic gold medallist. “After winning in Rio I wanted to perform differently. I wanted to show everyone what I could do.

Now one of the thoughts driving the 2017 Welsh shot put champion on is wearing the Wales vest again on the Commonwealth stage.

“I’ve seen that Wales are not taking any shot putters to the Commonwealth Games this time (to the upcoming Gold Coast Games) so I think now’s the time,” says Davies, who claimed F42/44 discus silver at the 2014 Glasgow Games, where his coach, Ryan Spencer-Jones, was contesting the shot put.

“I’m still young in my sport and there are a lot more improvements I can do.

» The men’s shot put final at the SPAR British Athletics Indoor Championships gets under way at 18:30 on Saturday (February 17). The BBC will be showing live coverage on connected TV and online, while a live stream will be available via britishathletics.org.uk