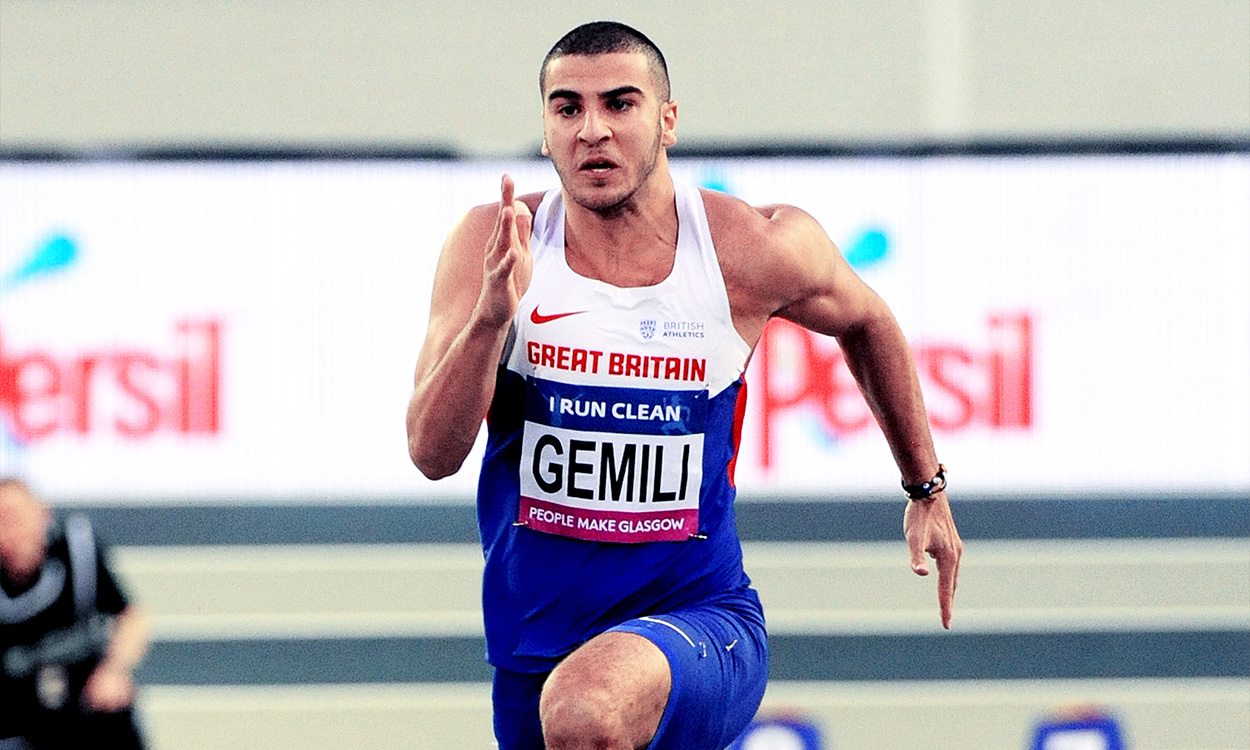 World champion sprinter Adam Gemili insists he is constantly learning about his sport, and the education will continue this weekend in Glasgow when he competes in the 60m at the Müller Indoor Grand Prix.

The shorter sprint is not something which comes particularly high on his list of priorities, what with a Commonwealth Games to prepare for rather than the impending IAAF World Indoor Championships. Yet he will be using the visit to Scotland to discover more about himself and identify any weaknesses that could stand in the way of success outdoors this year.

“I’m excited to be competing,” says Gemili of the meeting at the Emirates Arena.

“I think different people are going to be using this weekend for different things.

“I use it to improve my start, which has never really been great, and this weekend will be a chance to put into practice some of the things I’ve been working on in training.

“In the first 60 metres I always give away a lot to other athletes, then I always have to try and come through, but if I can stay closer to the others and then run what I have been doing in training I should run a good time here and hopefully be in the mix.

“Then, hopefully, that will translate into the 100m outdoors.”

Gemili is happy to experiment ahead of championships competition, but insists he always knows when to flick that mental switch and concentrate all of his energies on getting the job done at the right time.

“There are a few technical aspects and models that I’ve been working on this winter and we’ll see how they come out,” he adds. “They might all fail but it’s learning ­– every race involves learning right up until the championships and then you need to get it right there.

“I think I’ve got a pretty good habit of doing that. I might not get it right on the circuit but when it matters I can perform and to me that’s the most important thing.

“Darren Campbell said that to me when I first came into the sport ­– he told me to use every race to learn. Even if you lose every race right up until the championships, as long as you perform there it’s all that matters and that’s all people will remember. That’s stuck with me.

“I’m mentally better when I’m competing and the higher the level of competition, the more that’s at stake, the more I fire off that.”

Gemili’s excitement is clear about his impending return to the Commonwealth Games, the event in which he won his first senior medal. He has 100m and 4x100m silver medals from Glasgow but it’s safe to say he will be looking for an upgrade this time.

“It put me on a good platform and gave me a lot of confidence in my ability,” he says. “I got two silvers in Glasgow and now I obviously want to go two better.”

Before April, however, the education will continue.

“The one thing that other athletes have taught me is that no-one is ever the finished article or the perfect athlete,” says the 24-year-old. “Even Usain Bolt had so many things that he would always work on and learn.

“You’ve always got to look to improve and the day you stop doing that is the day you should stop I think because you’ve lost the love for it.

“I don’t think you’ll ever meet an athlete after a race who says ‘that was a perfect race’. I don’t think anyone is ever 100 per cent happy with a race they have done.”